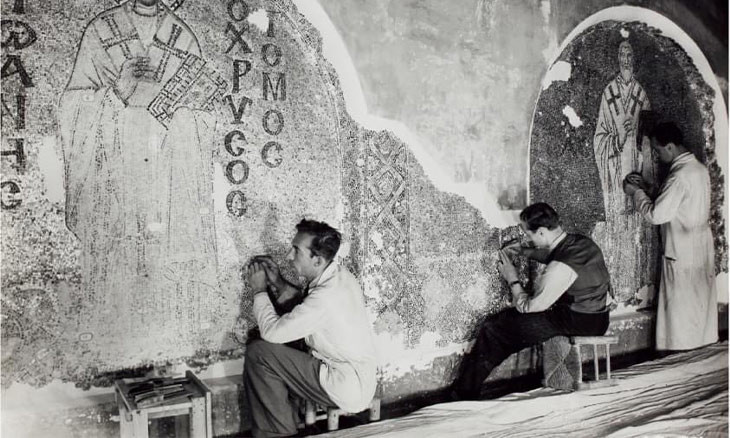 The spokesman's announcement came as work to prepare the building for use as a mosque continues, aiming for a July 24 opening.

Turkish officials said last week that the mosaics would be concealed with either curtains or lasers when the first mass Friday prayer is held on July 24.

In a move that sparked sparked international criticism and concern, President Recep Tayyip Erdoğan declared Hagia Sophia open to Muslim worship earlier this month following a court ruling that said the building's conversion to a museum in 1934 was unlawful.

Erdoğan visited the mosque on July 19 to inspect the progress in preparing the building.

Hagia Sophia dates back to the sixth century and has a history as both a church and a mosque before it was turned into a museum.

In an interview with broadcaster NTV, Kalın said some mosaics of Mary and Gabriel that are positioned in the direction of Qiblah, where Muslims face during prayer, would be covered with curtains.

"It's out of the question that these mosaics are covered, plastered over or are kept from the public," Kalın said.

He said other mosaics of Jesus and other Christian figures did not pose an obstacle for Muslim prayers because they are not located in the direction of Qiblah. But he did not say whether they would remain uncovered at all times.

Outside prayers, Hagia Sophia will be open to all visitors and tourists and all mosaics will be uncovered, Kalın said.

Noting that the floors will be carpeted, the spokesman said that COVID-19 precautions would be in place during the opening and onwards, only allowing a limited number of visitors in at once. 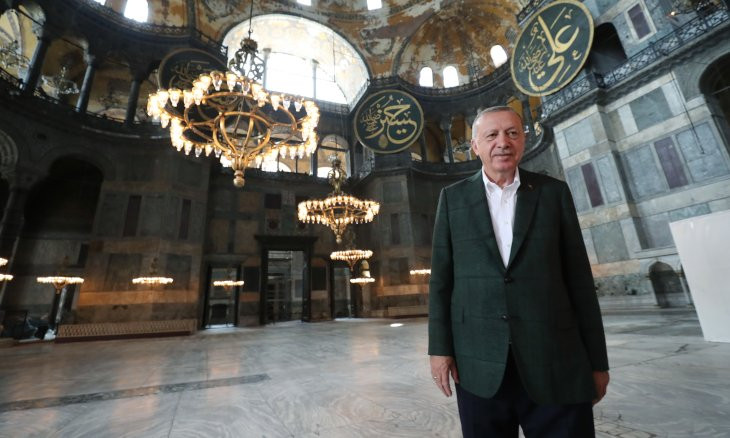