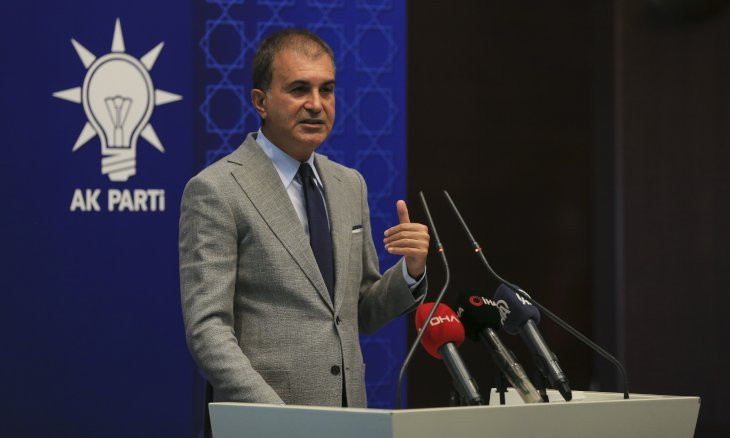 No Kurd would accept being a legionary of imperialists, AKP spokesperson says in response to Biden's remarks

“Superior mind” is a concept generally used by Erdoğan to describe some foreign powers, usually Western powers, that are allegedly making plans to weaken the Turkish government.

“JoeBiden is the CHP's superior mind. Biden who has initiated a tenderfor destruction contractors to divide Turkey, is the CHP's bloodbank,” Bahçeli said in a written statement on Aug. 20.

Bahçeli'sremarks concern Biden’s comments to New York Times editors, wherehe advocated a new U.S. approach to the “autocrat” Erdoğan andsupport for opposition parties. Biden's remarks from last yearresurfaced in a video that made him the most popular topic on Twitterin Turkey on Aug. 15.

“U.S. Democratic presidential candidate Joe Biden's crooked statements from seven months ago, which are full of animosity and betrayal, have deeply affected the agenda of the politics and country. Biden's dark past and complicated legal acquis have clearly displayed that his assassination attempt towards Turkey's sovereignty and blessed existence is not accidental,” Bahçeli said.

Turkey's ruling party, opposition politicians slam Joe Biden's past call for US to back Erdoğan opponents

“For all intents and purposes, an aim to overthrow the president of a country, who came to the office through election, is both animosity against democracy and putschism.”

Biden,the former U.S. vice president, says in the video recorded on Dec. 162019 – before he emerged as the Democratic candidate – that he is“very concerned” about Erdoğan’s approach to Kurds in Turkey,his partial military cooperation with Russia, and access to U.S.airfields in the country, a NATO ally.

“WhatI think we should be doing is taking a very different approach to himnow, making it clear that we support opposition leadership,” Bidensaid in the video and verified by a transcript published in Januaryby the Times.

“Hehas to pay a price,” Biden said at the time, adding Washingtonshould embolden Turkish opposition leaders “to be able to take onand defeat Erdoğan. Not by a coup, not by a coup, but by theelectoral process.”