Istanbul Mayor Ekrem İmamoğlu has said that Turkey's 2013 Gezi Park protest movement was "one of the most important struggles of the Turkish history."

İmamoğlumade the comments on Aug. 26 while taking a field visit to Istanbul'sTaksim Square and Gezi Park. “The struggle put forward at Gezi wasone of the most important struggles of the Turkish history. Thisneeds to be understood. If we are visiting here today, protecting thegreen and saying 'let's create human-centered squares,' maybe we arematerializing the spirit that wanted to be put forward there,”İmamoğlu said.

The Gezi movement in 2013 united hundreds of thousands of people across Turkey against the increasingly authoritarian style of President Recep Tayyip Erdoğan's ruling Justice and Development Party (AKP). The movement was triggered by the government's contested plan to redevelop an Ottoman-era barracks in Gezi Park, the small green area on the edge of Taksim Square.

Turkish police suppressed the Gezi protests with tear gas and water cannons. In addition to the 11 deaths and over 8,000 injuries, more than 3,000 arrests were made. 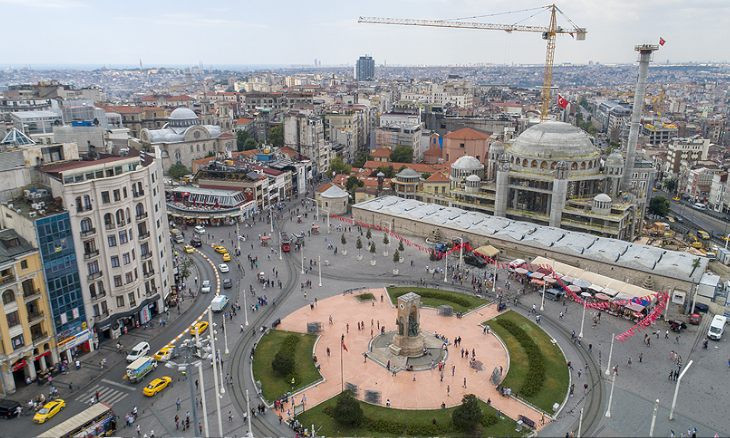 Now there is little left that could remind anyone of the mass Gezi protests at Taksim. The square at central Istanbul has lost its historic fabric after being turned into a concrete-covered place in recent years.

The Istanbul Metropolitan Municipality (İBB) has recently launched a design competition to reshape the city’s iconic square. İmamoğlu said on Aug. 26 that the assessments of the final 20 projects for the “Taksim Urban Design Competition” are continuing.

“Approximately 150 projects have joined the competition; almost half of them are from abroad. And now 20 of these projects are being analyzed,” İmamoğlu said, adding that the projects aim to remove the current concrete structure of the square.

“The competition that we are right now holding maybe shows that the spirit of Gezi has reached a success, on behalf of the youth [who lost their lives during the protests] or people who put forth that struggle. I would finally like to say that we are very saddened about the youth that we lost [in the Gezi protests],” İmamoğlu said.