Kaya said that there have been many allegations of several Syrian mercenaries having been killed in clashes between Armenian and Azerbaijani forces and asked Akar if the Turkish Defense Ministry has launched an investigation into these claims.

"In the international and national media outlets, there are reports that say some groups affiliated with the Syrian Free Army (FSA), who are partaking in clashes in Syria under the guidance of the Turkish Armed Forces, are fighting on the Azerbaijani side in the Azerbaijan-Armenia conflict in return for money,” said Kaya.

The HDP lawmaker asked how many Syrian mercenaries are fighting in the Nagrono-Karabakh region and how much they are getting paid, provided that these allegations are true. 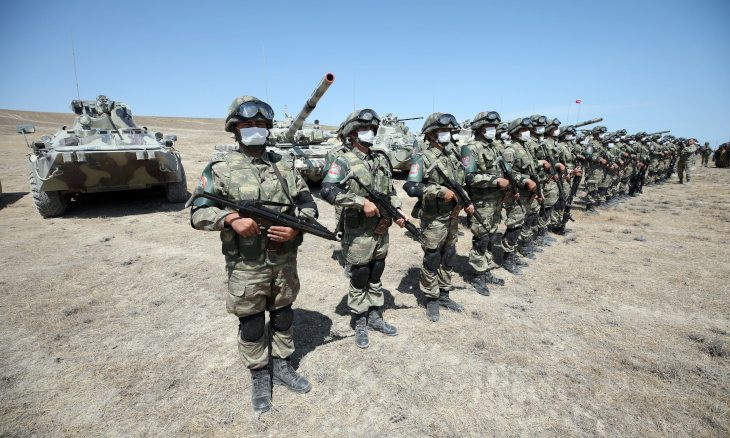 “On what kind of legal basis and authorization do FSA members partake in the clashes between Azerbaijan and Armenia?” Kaya further asked.

French President Emmanuel Macron has recently said that intelligence reports had established that 300 fighters from “jihadist groups” in Syria had passed through Turkey en route to Azerbaijan. Macron said that “a red line has been crossed” and demanded an explanation from Ankara.

Turkey, which stands by Azerbaijan in its war with Armenia, has denied sending mercenaries to take part in the fighting, despite the growing evidence of a Syrian presence in Azerbaijan.