Sacked co-mayor of the eastern province of Kars, Ayhan Bilgen, has called on the Kurdish issue-focused Peoples' Democratic Party (HDP) to change to solve its internal problems, as he criticized his own party over various issues.

In a series of tweets, Bilgen, who was arrested last week over 2014 Kobane protests, offered suggestions to the party, saying that the HDP's only option is to make changes that would solve its own problems.

He also listed his ideas on the HDP's aim to become a party of Turkey, saying that the lack of progress on the issue needs to be discussed. According to Bilgen, the party is going backwards in its aim.

The HDP was founded in 2012 by politicians formerly active in pro-Kurdish parties. The party said that it aims to become a party of Turkey with a left-wing agenda that tackles the problems of all parts of the society instead of focusing solely on the Kurdish issue.

"When the HDP was founded, the aim was to empathize with the suffering segments of the Turkish society and to carry out a joint struggle. The fact that a step was taken at the beginning and the sought progress is not obtained must be discussed," Bilgen said on Oct. 12.

"The problems of enlargement in political parties may stem from discourse, language, perceptions and communication, as well as structural and organizational working style," he added. 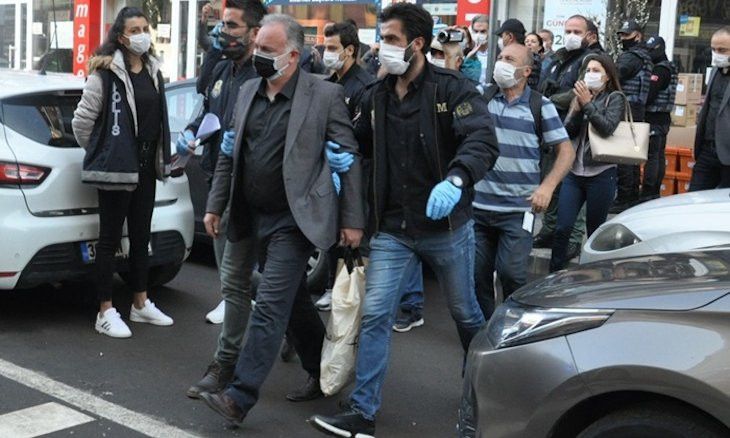 Saying that the HDP focuses on alliance strategies, but that no party is willing to openly form alliances with it, Bilgen noted that the main reason for it is the language used by President Recep Tayyip Erdoğan.

Erdoğan and his ruling Justice and Development Party (AKP) often accuse the HDP of having links to the Kurdistan Workers' Party (PKK) - a group deemed terrorists by Ankara, the U.S. and the EU. HDP denies such links.

"If Erdoğan's discourse is the main reason [for unwillingness to form alliances with the HDP], no one's position will change without him changing. So what should the HDP focus on and what should it discuss?" Bilgen asked.

According to Bilgen, discussions in politics would entail renewal if they are managed thoroughly and with societal participation.

"Delaying discussions would end dynamism and bring about acting in line with personal benefit. Contrary to the common belief in the society, the enlargement problems of the HDP doesn't stem from Qandil, İmralı or interventions to prisons like in the past, but from the way it's managed," he said.

Bilgen was referring to the Qandil Mountains in northern Iraq where the PKK is based and İmralı Prison where PKK leader Abdullah Öcalan is imprisoned.

Saying that the pressure on the party and arrests of its members are hindering the party from discussing its internal structure, Bilgen noted that the party is becoming increasingly introverted and the criticisms and demands coming from the party base are becoming meaningless since it can't carry out open societal discussions.

He also said that the weakening of the society's support leads to party using slogans in its discourse, which forms the basis of criminalizing the party. 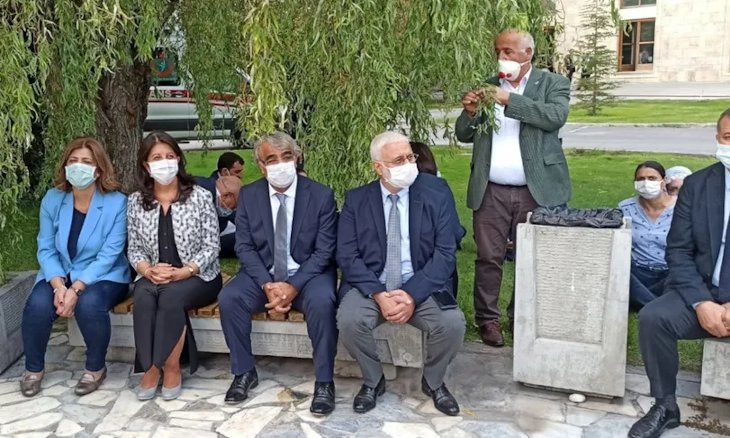 "This brings about new pressure. It is necessary to take risks to break this vicious cycle of the state of tension and to develop policies with courage to render tensions invalid," Bilgen said.

Another problem stems from the wrong discussions on the relationship between the period of conflicts and the HDP, he said, adding that the only realistic option in front of the HDP is to turn to itself rather than wait for this period to end.

"The only option is to lean towards change that would solve its internal problems, rebuild itself, abandoning the routine way of doing politics and to seek a way that would render prejudices useless and break the routine," Bilgen said.

"Who can stand in the way of the HDP if it manages to take steps that makes the Turkish society trust it with some of the Kurds? If the problem is the establishment and interventions, the only way to overcome it is to increase your own abilities and prove your worth," he added.

According to Bilgen, intervention is inevitable against organizations that can't face their own problems.

"It's an obstacle regarding one's own position to both complain about interventions and attempt to determine a stance for Qandil and İmralı," he said.

"The major obstacle in front of the HDP is also a historic opportunity. If the HDP can describe its position in a way that can't be sabotaged through personal interests, it would be able to develop the basis of a third way that would reshape its relations with both the government and the opposition with its key role," Bilgen added.

He said that the debates on interventions would be decreased to a minimum level if the party is managed with its own institutions and base.

"Otherwise, the reason for not being able to manage it will continue to be cited as the interventions," he said.

Bilgen noted that the processes of the last two congresses and candidate selections must be looked into in terms of who intervened in them and for what reasons in order to understand the inclination to hold a political struggle under control over political reasons.

"The fact that personal capabilities are made into tools for the efforts to build a hegemony builds the basis of sickly behavior in Turkish politics," he said.

"The biggest guarantee to inter-party democracy is to be a people's party and realize that it arrived to this day via the efforts and sacrifices of nameless heroes. Determining candidates with nepotism would make the party rot and make it vulnerable to interventions," Bilgen added.