President Recep Tayyip Erdoğan urged Turkey's parliament on Oct. 14 to legislate to curb the influence of medical associations and other institutions that have criticized his government's response to the coronavirus pandemic.

His broadside against the Turkish Medical Association (TTB) came after months of warnings by the group that official figures underplay the true scale of the pandemic, especially Ankara's decision to report only symptomatic cases of COVID-19.

The TTB has called for more transparency and coordination from the government, as well as more aggressive measures to contain the outbreak and protect medical workers, which was met by Erdoğan calling the group's chair a "terrorist."

"They chose a terrorist as a leader of the TTB," Erdoğan said, referring to association chair Şebnem Korur Fincancı, who was previously accused of terrorism links for signing a peace petition.

Over 2,000 academics signed a petition called "We will not be a party to this crime" in early 2016 to urge the government to cease its military operations in the country's southeast. 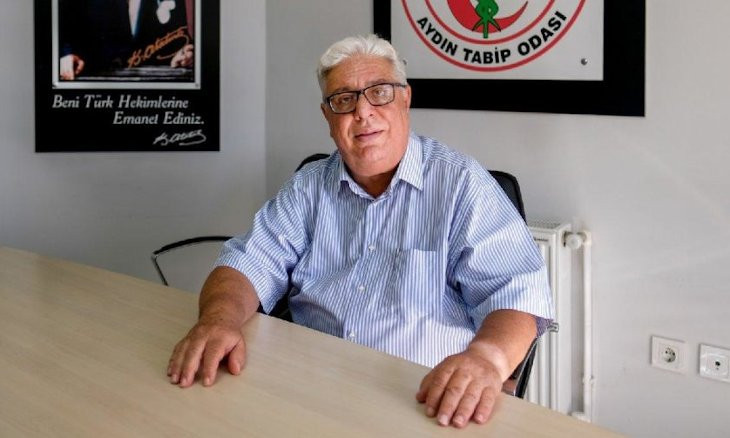 Days-long curfews were imposed and severe human rights violations by the security forces were documented during the operations that the authorities said were being carried out against the Kurdistan Workers' Party (PKK) - a group designated as a terrorist organization by Ankara.

In a speech to members of his ruling Justice and Development Party (AKP), Erdoğan said the TTB and other professional associations "are clearly acting in a way that is against the constitution" and the matter has "reached an unbearable level."

He proposed a regulatory change similar to one in July that allowed multiple bar associations in a single city. Lawyers criticised the move as the latest in a series of steps to erode the judiciary's independence.

Erdoğan said on Oct. 14 the regulatory change would allow better representation of doctors than through solely the TTB, and should be enacted swiftly as a top priority for parliament.

His AKP has a majority with the support of the Nationalist Movement Party (MHP) whose leader, Devlet Bahçeli, last month accused the TTB of treachery and called for it to be shut down.

Rights groups and Turkey's Western allies have criticised what they see as increasing authoritarianism and threats to the rule of law under Erdoğan, especially since a 2016 coup attempt that prompted sweeping crackdowns on his perceived opponents in public services, the military and elsewhere.