Veteran Kurdish politician Ahmet Türk has testified as part of an investigation into 2014 Kobane protests and said that he went to the Syrian border town of Kobane at the time within the knowledge of Turkish authorities.

“I went to Kobane under the permission of Şanlıurfa governor and Suruç governor's office. It was a visit to look at the situation there, to determine the buildings that collapsed there and to see what the situation there looked like. We conducted this visit with a group of 10-15 people, and the visit took under the permission of [Turkish] authorities,” Türk told Ankara prosecutors on Oct. 19.

Türk, who was the mayor of the southeastern province of Mardin at the time of 2014 Kobane protests, said that the aid to Kobane was dispatched under the coordination of Mardin Governor's Office.

“There was a tragedy going on in Kobane [at the time]. More than 15,000 refugees had gone there. We were not the only who called for help for these refugees; the [Turkish] state was also involved in helping them. We organized the relief works together with Mardin Governor,” Türk was quoted as saying by Mezopotamya news agency.

Early in October, an Ankara court ordered the pre-trial detention of several politicians from the Peoples' Democratic Party (HDP) for allegedly inciting violence in 2014 Kobane protests against the army's inaction during an ISIS attack on Kobane.

The HDP says the investigation is a “political” move on the party of the government to block and immobilize the party.

One of the several politicians facing charges in the investigation is Türk, who said that he was in Mardin at the time of Kobane protests and he always urged for peace and never violence.

“I was at the time Mardin Mayor and was not at the Central Executive Committee [of the HDP]. I found out about the committee's statements from the press,” he said.

The court ruled for Türk's release under judicial control decision. 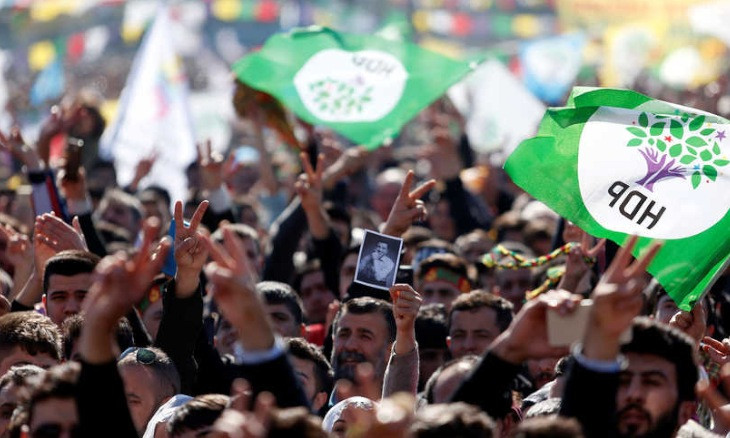