Anti-terror police units early on Oct. 24 raided the office of the Peoples’ Democratic Party (HDP) in the Doğubayazıt district of the eastern province of Ağrı.

The police also detained HDP district co-chairs Abdullah Ekelik and Gönül Öztürk at their homes. The co-chairs face charges of “being a member of a terrorist organization” and “conducting terror propoganda,” said Mezopotamya news agency.

On Oct. 22, the police had also raided the HDP headquarters in the southeastern province of Diyarbakır as well as the branch office of the district of Yenişehir.

The latest operations come after dozens of HDP officials, including co-mayors of the eastern province of Kars, were arrested over 2014 Kobane protests six years later earlier this month. The arrests are seen as part of a government attempt to suppress the opposition.

Criticis describe the crackdown on the party as a move of President Recep Tayyip Erdoğan to further consolidate his grip on power by marginalising leftist Kurds and strengthening his Justice and Development Party (AKP)’s ties to the nationalist National Movement Party (MHP). 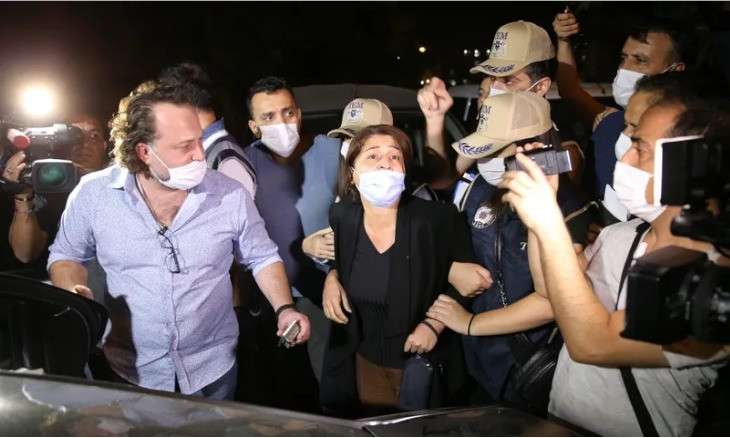