The Turkish Ombudsman Institution, a state office that monitors and inspects governance on behalf of the public, defended the right to peaceful assembly in a recent ruling, the daily Cumhuriyet reported on Jan. 12.

The ruling came almost a week after the start of protests against President Recep Tayyip Erdoğan's appointment of a rector to the country's most prestigious higher education institution, Boğaziçi University.

Protesters were detained and beaten during protests and home raids, as well as being sexually assaulted in police custody and teargassed during Jan. 4 demonstrations.

The Istanbul Governor's Office issued a demonstration ban on Jan. 6 in the districts where the Boğaziçi campuses are located in an attempt to prevent students from coming together.

In their recent ruling, the Ombudsman's Office said that law enforcement had violated the constitutional right to peaceful assembly of bar association heads whom they blocked from entering Ankara during their protest march in June 2020.

The bar association heads marched to Ankara from across the country to protest a bill that has since been passed, allowing the foundation of more than one bar association per province, discrediting the organizations that are often slammed by the government for their critical positions.

Bar association heads staged days-long protests in an attempt to reach parliament in Ankara, even spending the night sleeping in a downtown park behind police barricade.

The public review office ruled that law enforcement's prevention of the bar association heads' demonstration was a violation of their constitutional right to peaceful assembly, and urged the state to "clear the way" for similar organizations in the future.

"A bureaucratic mentality that deems the exercise of freedoms illegal through restrictive interpretations of the law, and is founded on the principle of immediate harsh interventions" is the reason behind violations of freedom of expression and assembly, the agency noted.

The office also urged the Interior Ministry to adhere to rulings by the European Court of Human Rights (ECHR), which President Erdoğan recently said Turkey is not bound to.

Main opposition Republican People's Party (CHP) Sezgin Tanrıkulu also said on Jan. 12 that the recent indictment of dozens of protesters for the 2014 protests in support of the Kurdish town of Kobane, was the result of the government's reluctance to acknowledge the ECHR.

The ECHR ruled most recently that pro-Kurdish Peoples' Democratic Party (HDP) former co-chair Selahattin Demirtaş's extended imprisonment was a violation of his human rights and urged his immediate release to no avail. 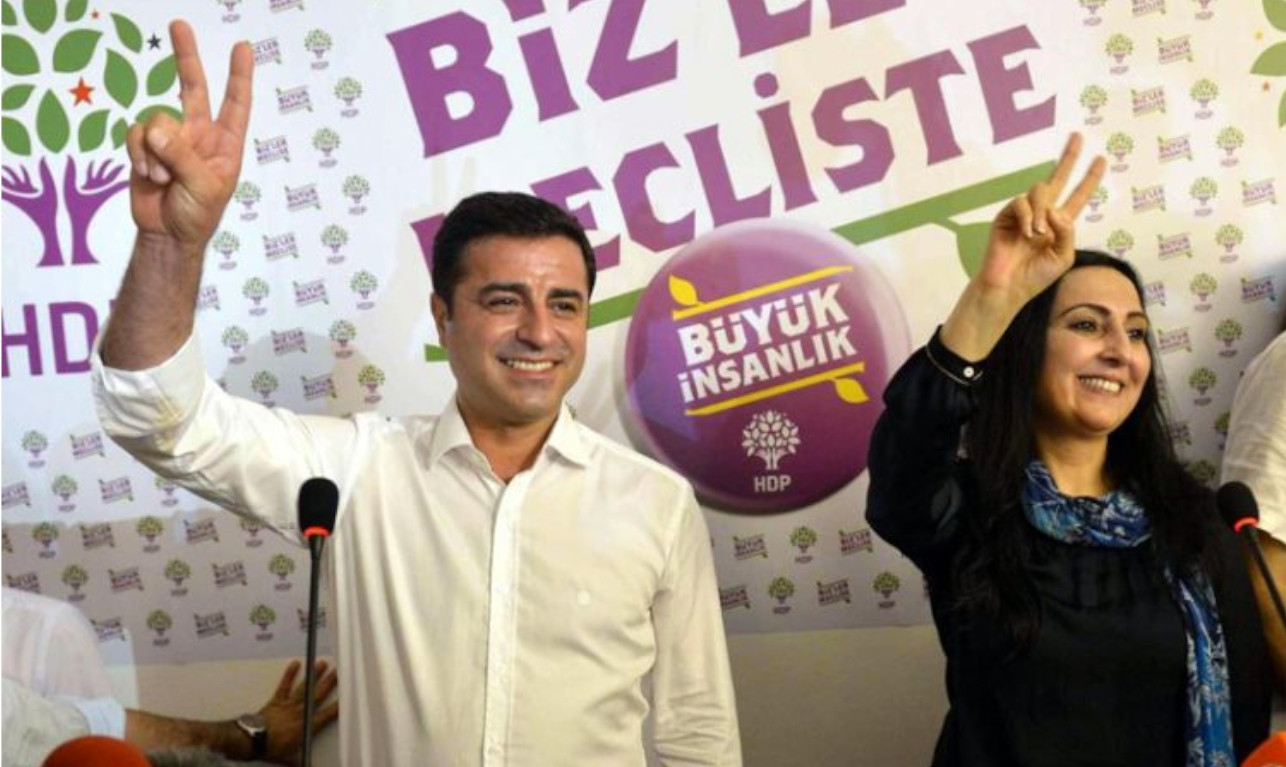 Turkish prosecutors file indictment against 108 people, including Demirtaş and Yüksekdağ, over Kobane protestsPolitics