A 61 meters long bow numbered "908" minesweeper named Vice Admiral Zaharin (Rear) of the Russian Navy has passed through the Bosporus Strait in Istanbul towards the Mediterranean Sea.

Zaharin was accompanied by a coast guard boat and a towing boat.

The Russian Navy has not released any statement with regards to the destination points of the ships, but the country currently has a fleet consisting of 15 war and supply ships in the Mediterranean Sea. 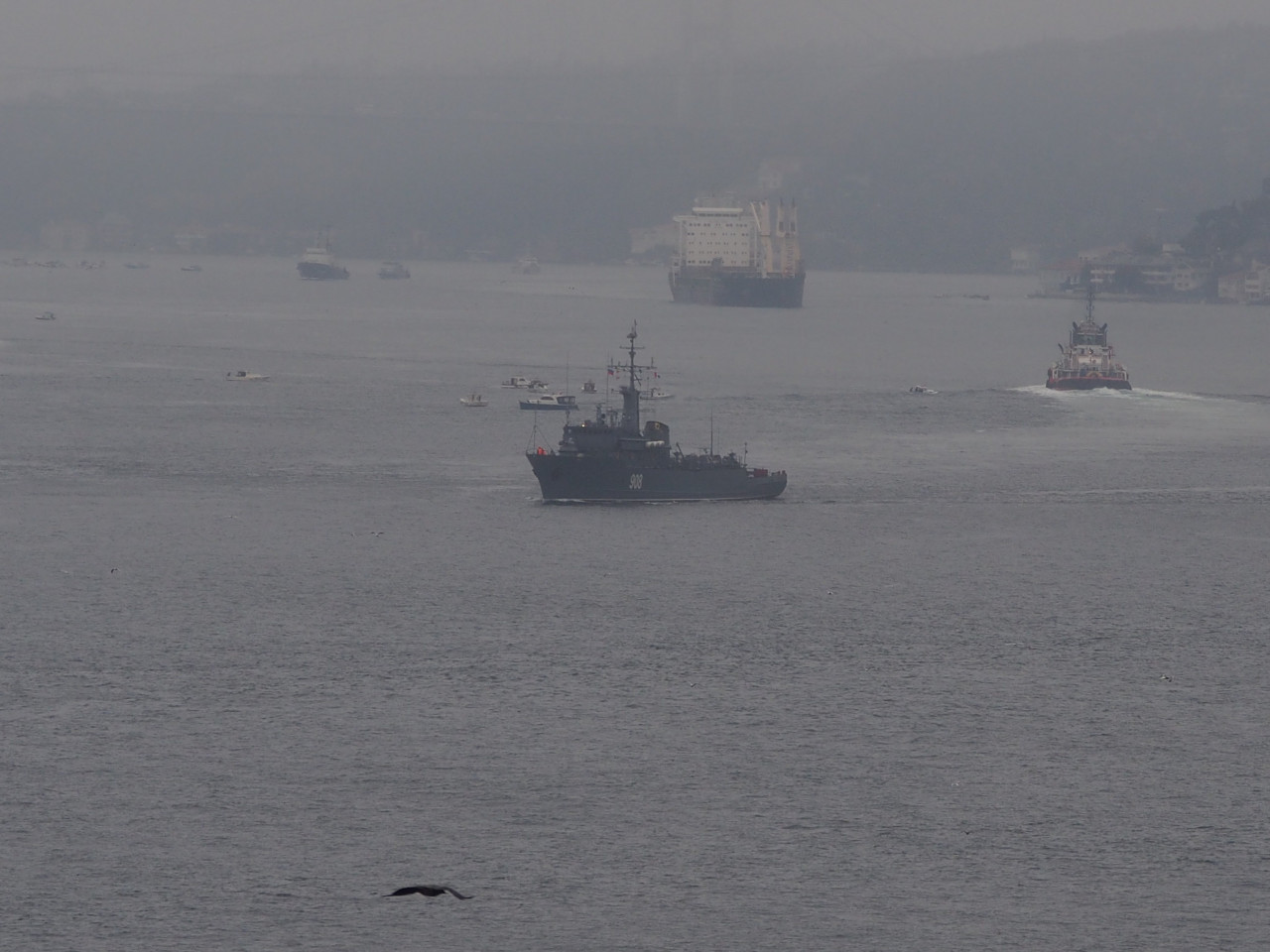 The Russian Navy ships located in the Mediterranean Sea have many times launched operations against groups in Syria considered as terrorists by Moscow.

The Russian naval facility in Tartus is a leased military installation of the Russian Navy located on the northern edge of the seaport of the Syrian city of Tartus.

It is the home of Russia's sole naval base outside the country and gives Moscow a critical beachhead in the Mediterranean.