Recently, entire Turkey, which never lacks crises and never runs out of scandals to drown itself into, has put everything aside and started to talk about Berkun Oya’s new TV series that aired on Netflix, called the Ethos.

How did the Ethos, in a country that does not need any fiction for chills and thrills, attain such profound interest? Was it simply because TV series aired on Turkish televisions have long been revolving around a single, deadening, to say the least, algorithm expressed in countless forms, torturing our souls for no less than two hours?

The Ethos was not the first independent series produced in Turkey, sparing newer generations from the remorseless orbit of self-pity and jingoism perpetuated by the Turkish television. However, there was something qualitatively different about the Ethos, which, I believe, has to do with its at once local and global nature. I thus seek this difference not so much in what the Ethos tells about “Turkey’ as about “the world” in which “we” live: an archipelago of nations. Let me explain.

The Ethos: Global or Local?

The first thing to note is that the Ethos is not simply a cultural or national phenomenon that exclusively belongs to Turkey, although the Turkish title (“Something Peculiar”) is specifically designed to convey such a sense of exceptionalism. There is no doubt that the Ethos tells a local story, but this locality is dangerously misleading and seriously insufficient without considering the global in which it is enmeshed.

The Ethos, as I see it, tells a global (hi)story whose significance cannot be reduced to an entity called “Turkey”. I used quotation marks, because what we witness here is precisely, the inadequateness of such substantial concepts. Instead, what I suggest is to look beyond the seducing self-enclosedness of these concepts in order to stress a set of enormously complex bundle of practices emerging in response to numerous challenges that make these concepts relevant. It is precisely in this sense that the Ethos transcends “Turkey” and speaks to “Europe” as well. By turning towards the concrete set of practices that makes up life itself, the Ethos holds a mirror to complexity of the past, the present and the future of “Europe” itself. It reflects what has been forgotten, eliminated, and neglected in order to achieve the hyperreality attributed to “Europe”.

Secondly, it should be noted that this set of practices is not composed arbitrarily. Rather, the relation between local and global is held together by a peculiar interpretation of “the world” in which survival depends on how effectively people of disparate backgrounds come together to form a nation whereby, the political and cultural unity thus achieved, would lead into economic prosperity necessary to cope with other belligerent nations. This is “the world” into which the Ethos is born, and about which it essentially informs.

The Ethos and Turkey

Unsurprisingly, exceptionalism attributed to the Ethos in Turkey consisted in, nothing other than, its obviousness. The entire story, characters, state of affairs – they were, at once, too close and so far away. It was their visceral familiarity that defied any concordant expectation. The astonishment came from the courage to face what we have already know. We were exposed to the complexity that composed the very texture of everyday life in Turkey. What we have already know was nothing other than this complexity itself. We knew it, but the way in which we have known it was not that of the detached coolness of the analyst. We knew it, because we lived it; and what has been lived in its unmediated urgency, in all its hustle and bustle, proved too hard to be thematised. Therefore, we have been, for decades, accustomed to see the complexity elsewhere. Others’ complexities populated our cultural scene. But, as the Turkish title of the series puts it, our own complexity was “something peculiar.” Not only was it different from those (mostly American shows) that had dominated our perceptions, but it was also too much for us to endure emotionally, for putting a proper distance between oneself and one’s ‘world’ demands a significant level of apathy that was impossible to sustain in the percolating time of “Turkey”.

The emotional vacuum that the Ethos has created by exposing the complexity in its all nakedness had thus been deemed detrimental to so-called the greater good of the nation.

The significance of the Ethos is, in other words, the foregrounding of the complexity which had to be eliminated in the struggle of a nation to ascend in the belligerent league of nations, because it was precisely the opposite of the complexity which was needed for progress. Any source of instability had to be removed; heterogeneity had no place in the so-called manifest destiny of a nation. A nation’s struggle of securing its place on the world-stage demands only one thing: simplicity. Simplicity facilitated working; working expanded riches; riches helped ascension. To the contrary, complexity fomented confusion; confusion stagnated expansion; stasis sow diminution and, eventually, destruction. The Ethos is an expression of the impossible task of dismantling this complexity, which posed a direct threat to the mirage of simplicity – a direct threat, indeed, to the formidable archipelago of nations.

The Ethos and Europe

This is, however, only one side of what the Ethos has revealed. The other side concerns “Europe”, or, put more precisely, “hyperreal Europe” that was constructed by imaginary but tangible tales. The complexity that the Ethos has dared to speak of not only disrupts the worries and desires encapsulated in the concept of “Turkey”; but it also raises a fundamental challenge to “Europe”’s own self-interpretation. What I suggest is to read the Ethos as part of the history of “Europe”; put more concretely, I suggest that the present of Turkey can be isolated neither from the past, nor from the present and future of “Europe”. What a “European” sees in the Ethos is, in other words, not something “alien”; to the contrary, she watches her “own” history – a history that shackled the straightjacket of nations. A global history, indeed.

Yet, still, isn’t it absolutely scandalous to claim that, say, a “German” who watches the Ethos, which includes Islam that had been entirely “alien” to “Europe”, is actually witnessing her own “history”? Isn’t it obvious for, let alone “Europeans” themselves, anyone who has spent enough time in (western) “Europe” that the Ethos discloses an entirely different “world”?

Freeing history from nations means that the “we” here needs to be rethought. We shall start to look at the bundle of practices, instead of remaining content with reifications of these practices in terms of concepts.

What this implies is succinctly clarified by Pankaj Mishra, who introduces "[a] very different view of a universal crisis, shifting the preposterously heavy burden of explanation from Islam and religious extremism. It argues that the unprecedented political, economic and social disorder that accompanied the rise of the industrial capitalist economy in nineteenth-century Europe, and led to world wars, totalitarian regimes and genocide in the first half of the twentieth century, is now infecting much vaster regions and bigger populations: that, first exposed to modernity through European imperialism, large parts of Asia and Africa are now plunging deeper into the West’s own fateful experience of that modernity."*

In other words, what matter are modern practices through which “industrial capitalist economy” was concretely but evenly spread in “the world”. Seen from outside “Turkey”, the Ethos is also speaking to “Europe”, precisely from “Europe”s own forgotten past that would result in the deflation of its purported hyperreality. Although, at the current (flattened) present, it might be hard to believe that similar figures could have populated “Europe” as well, this is what The Ethos should, precisely, reveal: namely, the complexity that has been buried under normative rendition of history in terms of nations.

Synchronisation and a flat present

The key term here is “synchronisation,” which refers to a particular set of practices that consists in the elimination of any discordances, also and indeed particularly emotional ones, that would impair the inner stability of the nation (which is in the process of its own making) and thus would leave it handicapped among others. Synchronisation thus means nation’s triumph in its fight against the complexity.

The postwar period had been characterised by some as a rapid period of synchronisation which has reached its culmination with the collapse of the Berlin Wall. The seeming ludicrousness, if not complacency, of seeing one’s own history in another present, stated above, originates precisely from this synchronised present that since then marked (western) “Europe”. It is out of this flattened present that the bafflement of the “European” emerges when she realises that not all “Turkish” people fit into those categories she has in mind, and vice versa. At this stage, Francis Fukuyama was partly right in claiming that history has ended. The unpreparedness with the cultural dynamics that seemed so alien to the “European” when she was confronted with the Ethos was a direct result of synchronisation which eliminated any vestiges in her environment that might remind her that she is part of a global history orchestrated by practices that are not simply local but also global in nature. Similarly, the tendency of the “Turkish” to reduce the “European” to a set of promissory notes is also indicative of the limitations concerning its own complexity.

The emergence of Eurocentrism can be understood here as an attempt to appease the illusion of the solitude of being outside history that “Europe” attributed to itself precisely by mistaking what made “Europe” for what “Europe” itself made: namely, modern practices through which “industrial capitalist economy” was concretely but evenly spread in “the world”. Not being able to relate to the other due to the illusion of its synchronised present pigeonholed as nation, that is, a lack spatial and affective connectedness to the other (a self-isolation, indeed), has turned into an arrogance of temporal sequence and couched in self-triumphalism. It thus also eliminated the complexity and replaced the enormous richness of experience with pathetically one-sided and impoverished concepts as “Europe” and “Turkey”.

The Ethos and the global contradiction

The Ethos, in the regard, reveals a tragedy. On the one side, there is “Turkey” which cannot dare to reveal its complexity, fearing that heterogeneity would only weaken its life-force necessary to survive on the world-stage populated with numerous bellicose actors – “Europe” considered being one of the most prominent ones. On the other side, there is “Europe” which imprisoned itself to the solitude of its purportedly synchronised present. From this flat and truncated present, it now desires to re-discover the complexity that it had to forego – forego so that it could become the very bellicose power against which “Turkey”, now, feels obliged to hide its complexity, believing that it is a flaw that leaves it unprotected for exploitation. In other words, the tragedy is that those who have successfully carried out the imaginary-but-tangible myth of the synchronised present, now, seek the complexity; whereas those who seek synchronisation do all in their power to eradicate the complexity.

We live in a “world” where the complexity is, at once, turned into a disadvantage and a reasons for celebration. The contradiction is that to celebrate it, one needs, first and foremost, flatten it. It needs to be located elsewhere. Would it be an exaggeration to claim that no nation is brave enough to celebrate its own complexity, that we need an entirely different “history” to be able not simply to celebrate but live with the complexity?

Fırat M. Hacıahmetoğlu is a PhD candidate in the Husserl-Archives: Center for Phenomenology and Continental Philosophy at KU Leuven, Belgium. His research interests are global history (with a particular focus on Germany) and phenomenology (particularly of Edmund Husserl and Martin Heidegger). 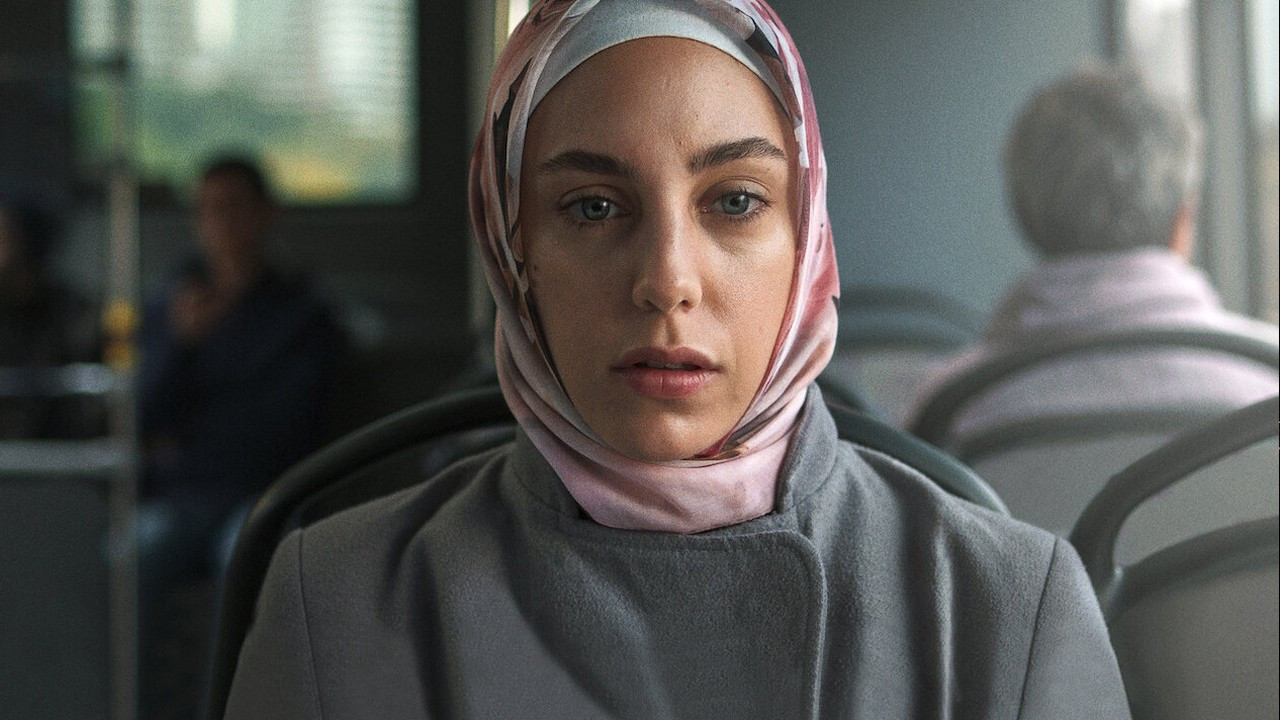