Coups and intelligence services’ shady dealings appear to be the name of the new old game and there is again probably not much “great” to rejoice about it. Perhaps, U.S. President Biden’s latest phone call to his Chinese counterpart Xi is a last ditch effort to catch the last exit before taking the blind jump into the unknown. All players try to keep both the real and the political costs as low as possible. Human rights, freedom of expression, free and fair elections and all the lot are by now luxuries or alternately casualties.

There is a glitch though. The old cold war ended since a while now and we are in the 21st century –surprise! The history did not end in 1989 as expected but it does not exactly continue from that point where we have left it either. In democracies of the western world, leaders are in never ending election campaign cycles even by day one in the office. They are also under constant scrutiny of the media and under the pressure of opinion polls since again day one.

Furthermore, leadership and even statesman/woman/ship is in short supply and not even yearned for anymore by the western constituencies. Leaders in the free world are not expected to rule but to govern. They are not expected to assign a mission to their nations or shape their identities but to take care of the current affairs the way a CEO does, without much rocking the boat along the way.

The positive bit is that transparency and accountability in government are now the norm. The down side though is that, that good bit gives an edge to authoritarian regimes in the dirty game cited above. In other words, to go to work in a slaughterhouse is not for the faint-hearted but is needed anyway. From a more socio-political angle, isolationism, nativism and populism as well as lack of long term vision are the symptoms of the new malaise.

There are empty spaces such as vast Saharan desert areas that are in fact not so empty but are hideouts for armed groups that roam freely across the borders. Spaces within recognised borders do not automatically turn into countries on their own either. Many countries like Afghanistan or Ethiopia are in fact patchworks of a variety of ethnicities and/or religious minorities. Grey areas like Somaliland, Tigray, Iraqi Kurdistan etc. abound.

A global race for precious mines, raw materials and rare earths such as lithium in Afghanistan or iron and bauxite in Guinée-Conakry or copper in Peru is on. The more industries will transform and struggle to adapt to new demands and regulations as in electric batteries production, the sharper and the dirtier the competition will become. The new cold war will then also have a facet that is reminiscent of mafia turf wars.

On the other hand, the end of the first quarter of the 21st century is also the scene of Islamism’s long goodbye. It is by now clear that no Muslim democratic movement, as a CDU/CSU of Germany for example, will emerge from among the Islamist ranks. The same ideological dead end is valid for –say- a moderate Gannouchi as it is for a radical Molla Baradar. To put it further bluntly, “Muslim democrat” is an oxymoron as democracy cannot exist without some form of secularism to accompany it.

As Europe tentatively steps into post-covid times, in places like Catalonia, Scotland or Northern Ireland convulsions are back. The first large public rally in Barcelona and the inevitable pardon granted by the Spanish PM Sanchez to “separatist” Catalonian politicians are testimonies to what lay ahead. The disunity within the EU in all matters concerning national security and foreign policy is another symptom. Surrounding the EU territories with (metaphorical or real) medieval walls seems to be the sole policy point that the member countries do agree upon.

Meanwhile, on a peninsula protruding towards the Mediterranean, Turkey sits also atop on many of the global fault lines such as irregular migration routes, Mediterranean wildfires basin, earthquake fault lines and illegal narcotic trade routes. It is also on the front lines of Islam with Christendom, of the rich north with the poor south and secularism with Islamism. Optimistically, Turkey’s search for its’ republican soul is a fork in the road between the U.S. and France. Pessimistically, the story can end in Pakistan.

For those reasons and more, with its’ predominantly Muslim population including a sizeable Alevi portion and its’ secular republican constitution; its’ membership in NATO, CoE and OSCE and its’ (hopeless but still) EU candidacy, Turkey has the potential to provide with a political, rational and peaceful not a “Kool Aid” but a panacea to many of the world’s headaches. By that default, the outcome of the presidential and general elections to be held (if on time) in 2023 in Turkey acquires an added “global event to keep eyes on” nature as well.

At the same time, neither Turkey’s own never ending wars in Syria (in Idleb, in the West and the East of Euphrates - all three separately) and in Iraq, nor its’ military adventures of a lesser scale in far flung places as in Libya, Qatar or Somali appear to draw to a close. All the while, U.S.’ quite botched withdrawal from Afghanistan heralded the end of the global war on terror campaign, the doomed nation-building efforts and the never ending “local” wars.

Recently while reading Konstantinos Travlos’ account of The Battle of Sakarya centennial from a Greek perspective, I noticed how both the commanders of the invading army in Anatolia and the ruling politicians in Athens were in almost perfect agreement that that war effort was indeed useless. Yet, they decided to forge head-on towards Ankara anyway. Why? Because that was the only way to please the crowds at home: “If history is our guide”, the saying goes…

It will take an agonizingly long time, another century perhaps, to see the light at the end of the tunnel. Or, then again maybe not if the latest Chinese military incursion into Taiwan’s airspace is considered as an early indicator. Matters such as the fight against climate change and the ways of the global capitalism forces US’ hand to get China on board. The intrinsic human fight for freedom on the contrary necessitates a bitter struggle. The chances are that I will not be around to see how all this will unfold at the end. Enjoy the ride. 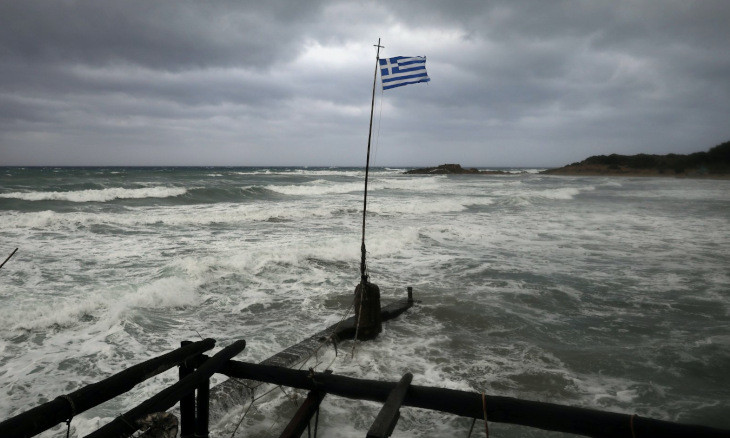 Towards a “cold peace” with GreeceWorld