Turkish-Armenian journalist Hrant Dink, editor-in-chief of Agos Newspaper, was shot dead 15 years ago on Jan. 19, with a gunshot to the head in front of the newspaper building in Istanbul by then 17-year-old Ogün Samast.

On the 15th anniversary of his murder, thousands of people gathered in front of the building where the journalist was killed. A huge banner reading "15 missing years" has been hung on the Sebat Apartment building. 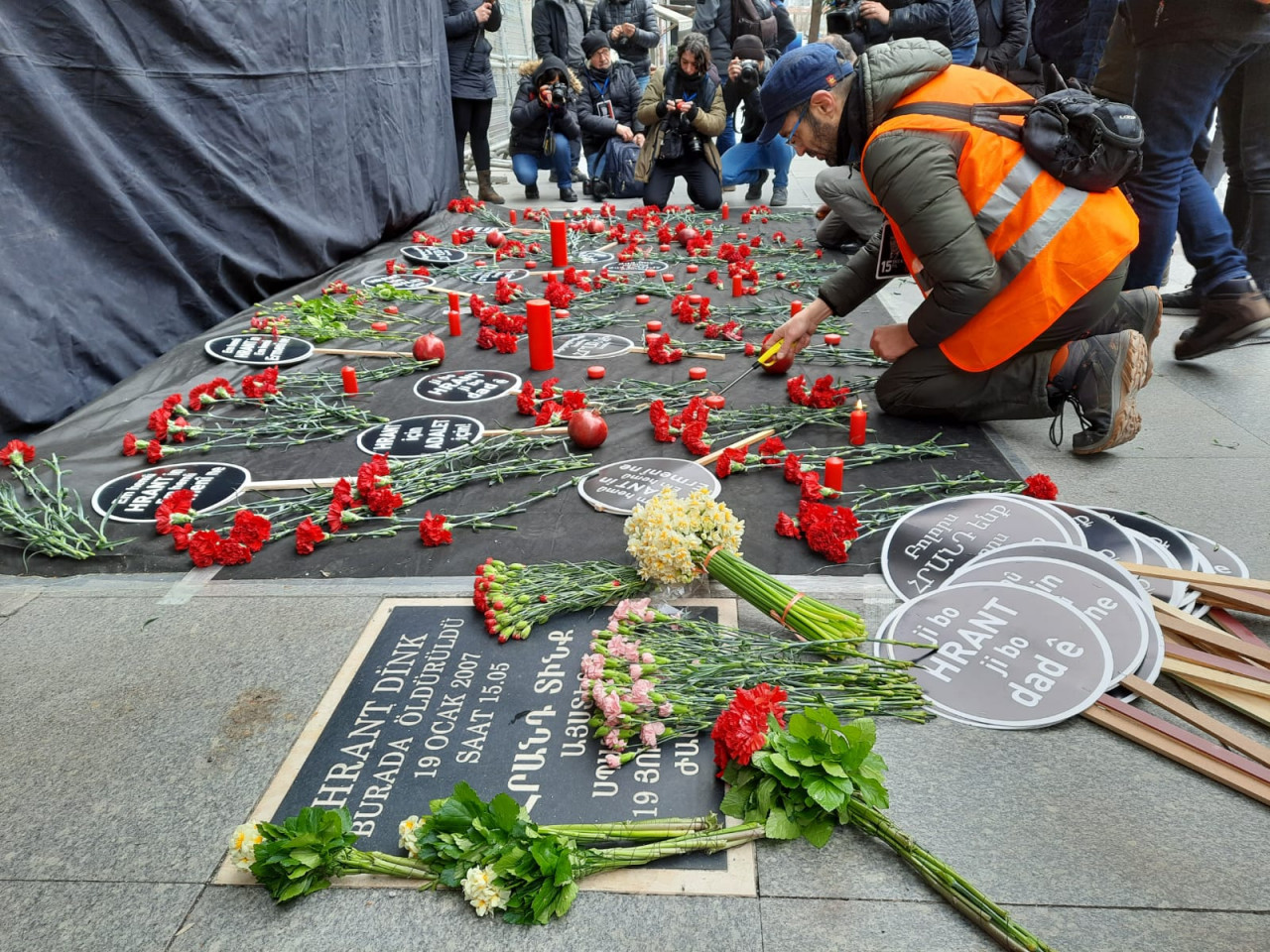 Dink's friends wrote on the banner: "15 years have passed without your magical words, sharp look, your stubbornness for peace and huge smile Ahparig, but the memory's judgment is large. We stand by your words. We have written your courage to our hearts. We have engraved your smile on our faces. You should know that we are growing with every missing year, Ahparig."

“Ahparig” means “my brother” in Armenian. 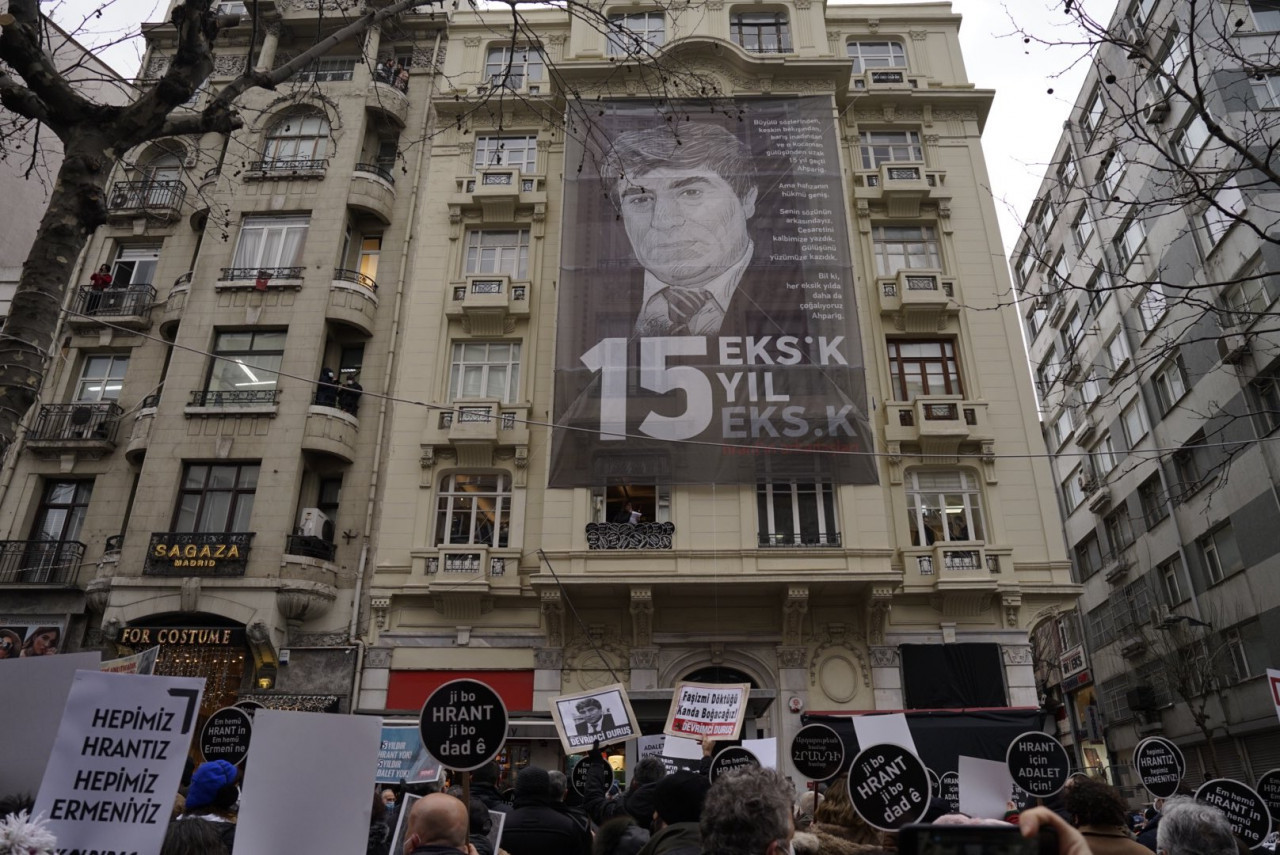 Participants of the ceremony shouted slogans of "Justice for Hrant," "We are all Hrant, we are all Armenians," "This case will not end before we say it is over," "Those protecting the murderers are accomplices to the murder," and "We are here Ahparig."

Dink has been commemorated in front of the same building on the same day every year since Jan. 19, 2007.

Dink's silhouette and pigeon images were projected onto the Sebat Apartment on Jan. 18 evening.

“From this evening [Jan. 18] on, don't forget to raise your head when passing in front of the Sebat Apartment. Pigeons will be accompanying the apartment this evening and after 6 p.m. on Jan. 19. We wish to be a society where no one has 'pigeon anxiety,'" Hrant Dink Foundation tweeted.

Several politicians commemorated Dink on the anniversary of his murder.

“He was a person whose heart was full of peace and love of this country; his memory has never been erased in the minds. I commemorate Hrant Dink with respect, may his soul rest in peace," Istanbul Mayor Ekrem İmamoğlu tweeted.

“I commemorate Hrant Dink, who fought for democratic values ​​and social peace during all his life, with mercy on the 15th anniversary of his murder," DEVA leader Ali Babacan tweeted.

“15 years ago today, they took Hrant Dink from us with an organized murder because he wanted a fraternal life. We will establish a Turkey where no one has to live in the anxiety of pigeons, we will defeat the darkness. Forever you are here Ahparig!” Workers' Party of Turkey (TİP) tweeted.

Meanwhile, the Peoples’ Democratic Party (HDP) on Jan. 18 submitted a proposal to the parliament to investigate Dink's murder. The proposal was voted down by the majority of votes.

HDP deputy Garo Paylan said the state was involved with all its existence in this murder and that those responsible have never been prosecuted. He said that first, the state tried to blame members of the so-called "Ergenekon" -- an allegedly clandestine secular-nationalist organization seeking to overthrow the government.

Paylan said that when the political conjuncture changed, the state blamed the Gülen network for the murder. "But, the darkness within this state has never been confronted. Those who said 'Kill Hrant Dink' have never been prosecuted," Paylan said.

An Istanbul court ruled on March 2021 that the murder was carried out in line with the goals of the Gülen network, which the Turkish authorities refer to as the Fethullahist Terrorist Organization (FETÖ). 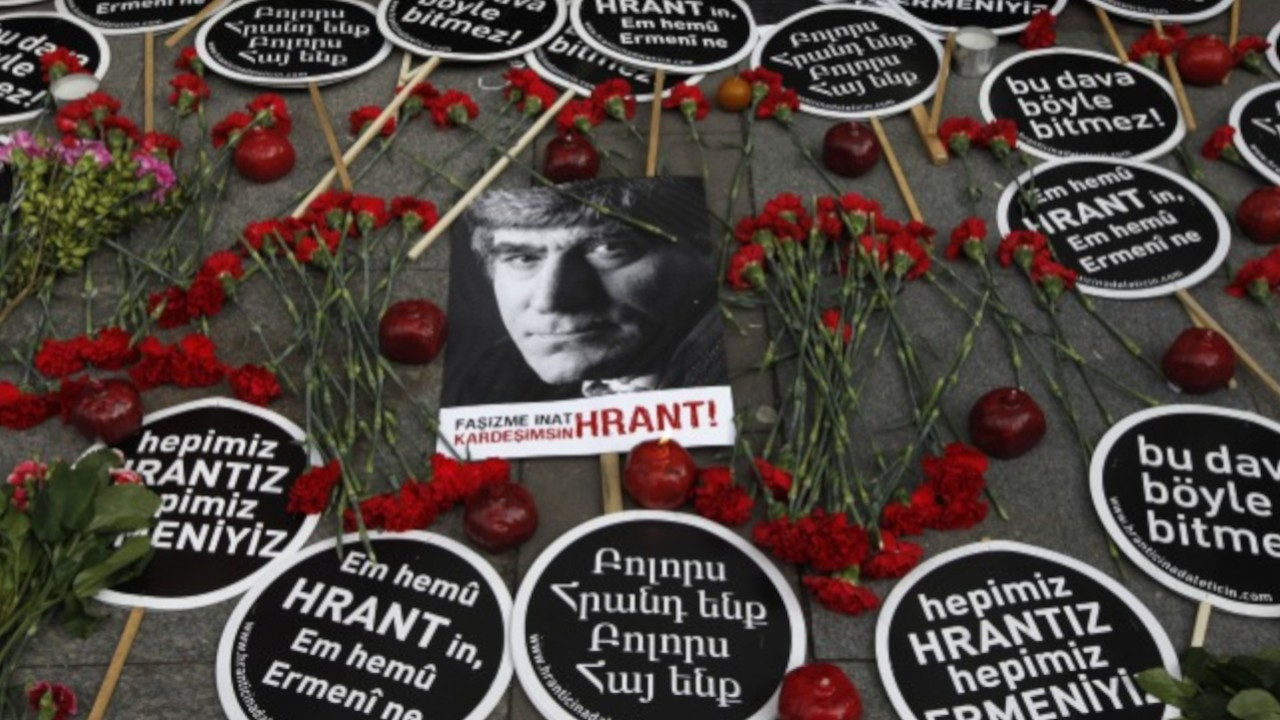 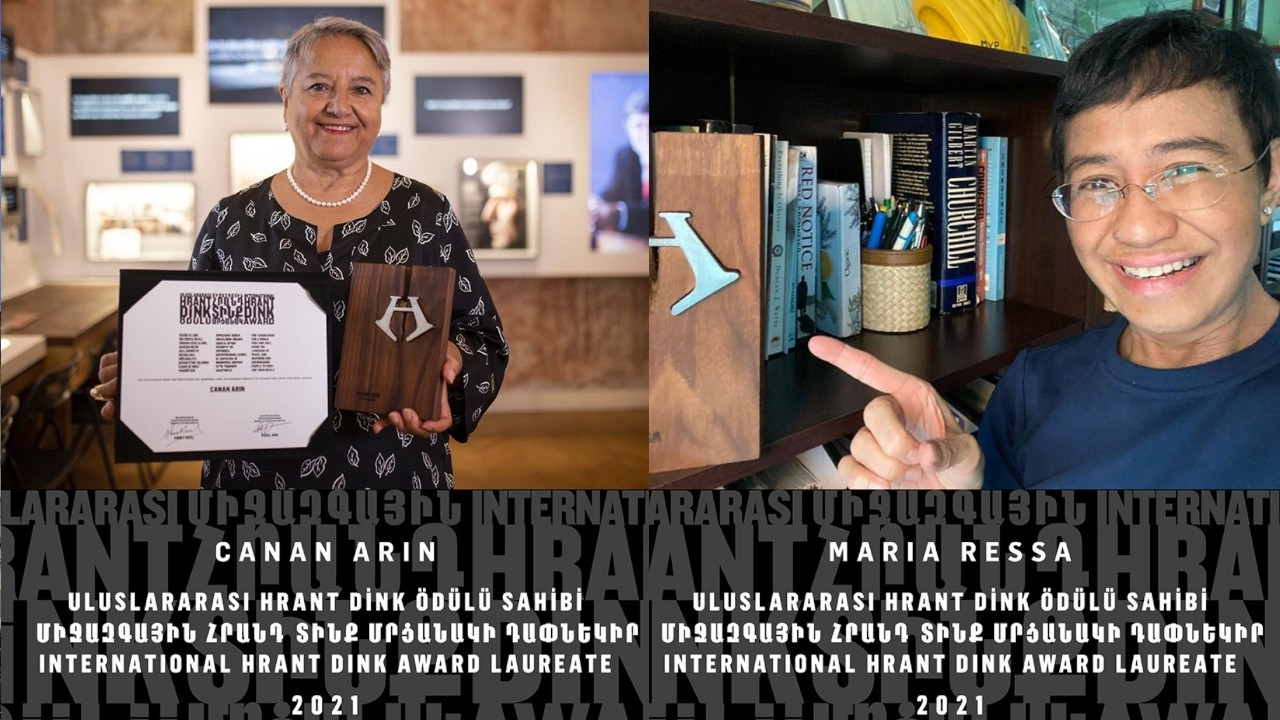 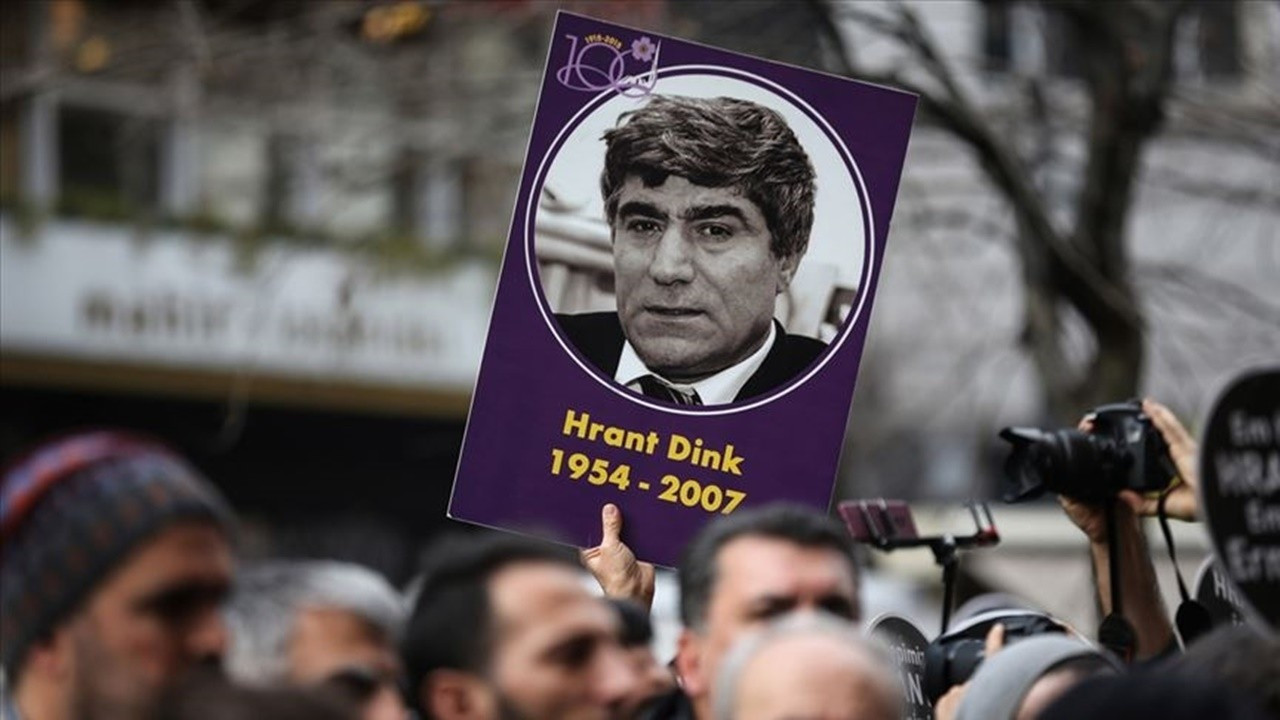