As a result of the recent rise in oil prices, all eyes were on the OPEC+ meeting on June 1. At the meeting, it was decided that OPEC+ will produce 350,000 barrels per day in June and 441,000 barrels per day in July. The meeting was attended by OPEC members as well as ministers of non-OPEC producers, primarily Russia, as well as Azerbaijan and Kazakhstan. This means OPEC+ will pump approximately 100,000 more barrels of oil per day into the market as of July.

Another development which put oil at the top of the agenda this week was a statement which came from Libya, one of the OPEC member states. The Libyan government said that they considered ENI, an Italian oil company that operates within Libya, to be the country’s most important partner and that Italian companies were thus privileged. Via this statement, Tripoli told the other actors operating within Libya, especially Turkey, that they saw relations as nothing more than a limited partnership.

With its 48 billion barrels of oil reserves, Libya makes up 3 percent of the world's oil resources. The low cost of accessing crude oil in terms of ground structure and depth of source makes Libya an attractive hub for producers. In addition, the low sulphur (crude sweet) in Libyan oil makes demand for it even higher, especially within the European market.
There are valid reasons in terms of cost and time that consumers turn to low sulphur oil, including Libyan oil. Sulfur amounts in oil are considered to be “the lower the better” by producers and the market. Low sulfur oil costs less in decomposing and rectification, making it easier to convert oil to diesel and gasoline.

The high quality of Libyan oil and its huge reserves have led to an influx of international oil companies into the country since Muammar Ghaddafi was ousted from power in 2011. The companies currently operating in Libya are Eni (Italy), Total (France), Gazprom (Russia), Petrobras (Brazil), Exxon (U.S.), BP (UK), Sanbus (China), and Repsol (Spain). According to Tripoli, however, the most privileged is the Italian Eni.

Founded in 1953 by the state, ENI is one of Italy’s most important energy companies. Currently, its gold share (30 percent) belongs to the Italian state. Libya is one of the countries where Eni is most active. The company has ongoing projects in 44 countries from Egypt to Venezuela at the global level. It has 11 licenses covering exploration and production in Libya. Moreover, Eni cooperates with Libya not only in oil but also in natural gas. The latest production data shows that Eni controls one third of Libyan oil. In other words, at least one out of three barrels of Libyan oil has an Eni stamp on it.

ENI's presence in the region and its dominance are closely related to Italy-Libya relations. Libya, a long-time Italian colony, maintained ties with Italy and Italian companies after gaining independence. When relations between the two countries intensified between 2008 and 2009, Italy apologized to the Libyan people “for what was experienced in the past.” However, there was one requirement regarding this apology: Libya would strengthen its investment relationships with Italian companies. This requirement remained in effect after 2011 and ENI has continued operating in Libya. Despite changing governments and Libya’s civil war, ENI has maintained control of the Libyan oil valve. This historic relationship between Italy and Libya was also seen when Prime Minister of the Government of National Unity, Abdul Hamid Dbeibeh greeted Italian companies while reiterating that their biggest partner in oil was ENI. As Dbeibeh said, Libya was open to contribution from all countries, but Italian companies were privileged.

Within Turkish-Libyan policy, this North African country has always been though of by Turkey as an ‘appealing market’ in recent years for construction and oil investments. Not only during this period, but in 2007, the Turkish Petroleum Corporation (TPAO) began conducting oil explorations in Libya, but it suspended operations in 2014. It continues its presence there via ongoing projects. However, the new Libyan government’s demand that Turkey and other countries “withdraw foreign forces” from their country shows that Libya and Turkey have different priorities and projections in their foreign policies.

Turkey’s hand was given away too easy with regard to its Libya policies. Instead of the Libyan people, ‘oil and construction’ were over-emphasized. This caused antipathy within the Libyan government as well as among the states on the other side of the conflict. At this point, the messages sent by the Prime Minister of the Libyan National Government in Italy not only point to Italy’s prestige in the region, but reveal how wrong Turkey’s calculations were. In other words, the oil and construction landscape look different from Tripoli and from Ankara. Tripoli, like before, turned to Rome instead of Ankara. Turkey is left with a limited partnership where existing investments continue and limited production for TPAO. 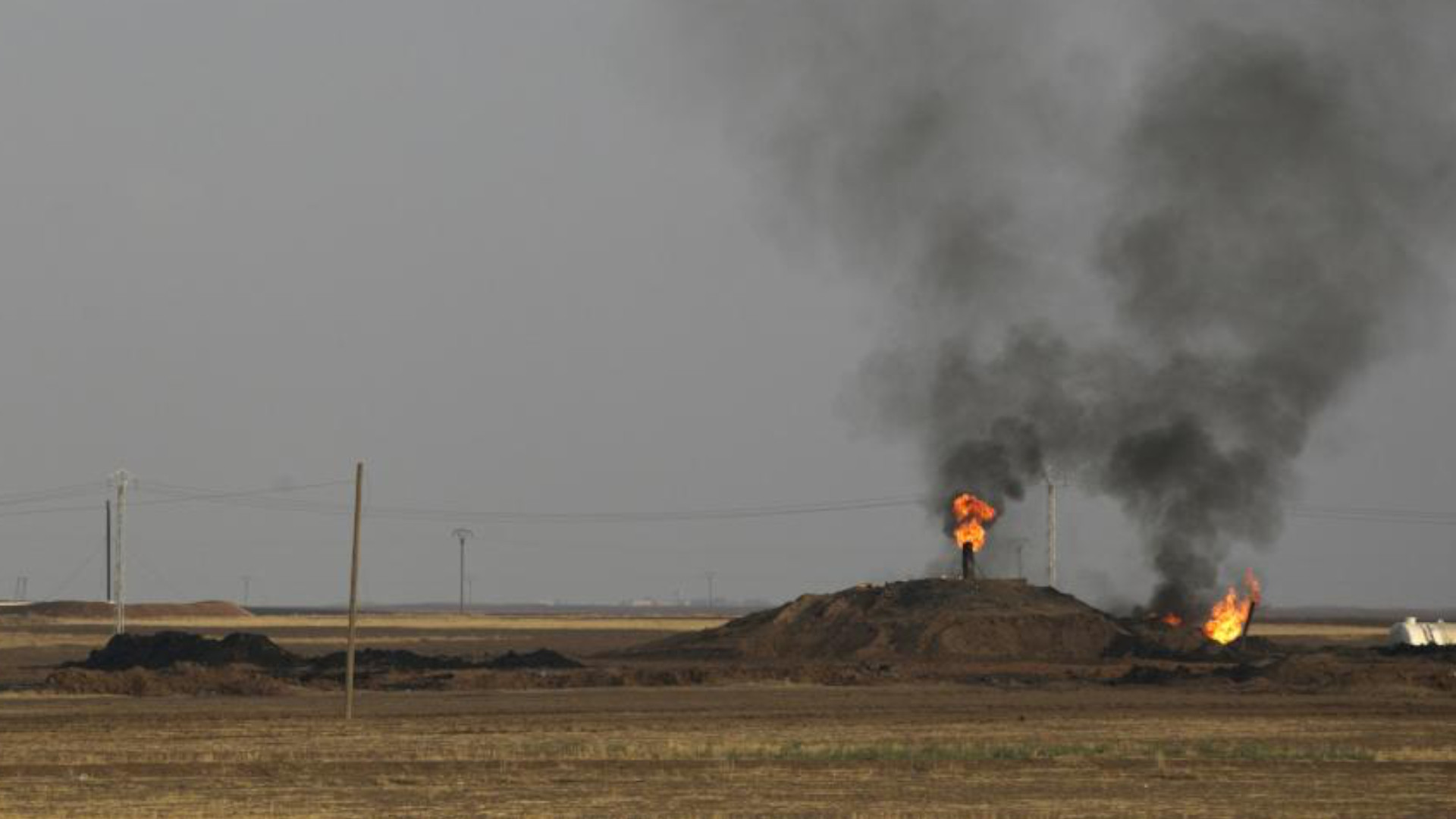 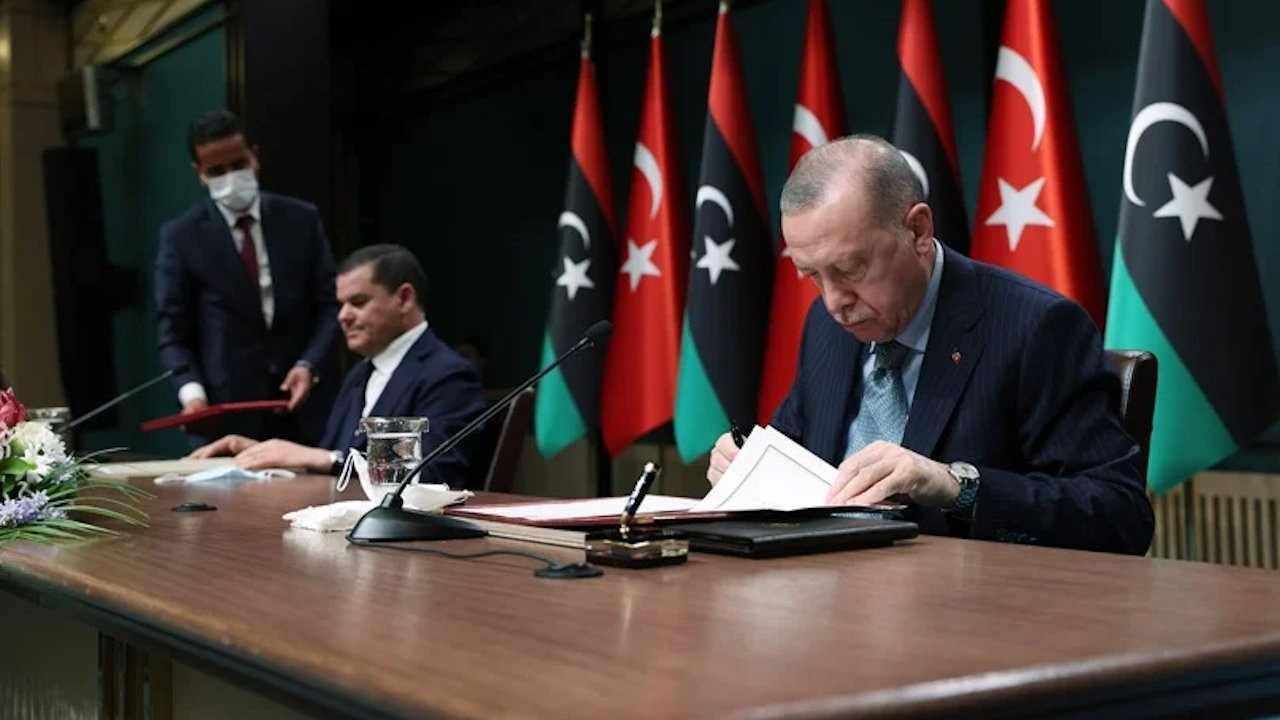 Bad news to Turkey from Russia overshadows Libya dealsDiplomacy
Other Articles
May 21, 2021 Who will pay for the loss of Turkey’s public banks?
April 27, 2021 Was Lavrov’s Cairo trip a warning for Ankara?
March 18, 2021 IEA report on Turkey omits facts and problems
March 11, 2021 Why is Turkey raising the price of gas when Gazprom is lowering it?
January 22, 2021 China's vaccine diplomacy and Turkey's choice
Columns

Cansu Çamlıbel A much-awaited encounter and the weight of domestic scandals
Most Populars
Turkish men continue to turn life into living hell for women Model faces up to 7 years in jail for posing nude in Hagia Sophia 'Love Erdoğan' billboards pop up across Turkey to counter ad in US Men killed at least 33 women in Turkey in February Member of Turkish gang banned in Germany revealed to be close to AKP Istanbul, a city crushed under the weight of the COVID-19 pandemic