On July 20, 1936, the Montreux Convention Regarding the Regime of the Straits was signed. It had roughly been drafted during the Lausanne Peace Talks (1922-23). The Montreux Convention was a significant gain for the nascent Turkish republic. Yet on July 20, 2021, on the anniversary of that agreement, Russia issued the following statement:

“Regarding the systematic escalation of the situation in the Black Sea through the provocations of non-regional actors, we believe that the task of ensuring the strict implementation of the provisions of the Montreux Straits Convention is quite up-to-date. Turkey, which has the right to control the passage of warships through the straits, plays a special role in this regard. We will continue to monitor the situation closely as to how the provisions of the agreement are implemented in practice, including limiting the maximum total tonnage during transit as well as the maximum tonnage of warships of non-coastal countries in the Black Sea and the length of their stay in the region.”

The date Moscow issued this statement was no coincidence. The statement already referred to the anniversary of the Montreux Convention. (It was signed on 20 July 1936 and came into force on 9 November 1936).

Thus, what is Russia’s message with this particular timing? What commitments does Turkey have in this regard? This week, we will focus on the Montreux Convention, which Russia and Turkey have frequently discussed in 2021.

The reason Russia issued this statement was the military exercise NATO carried out in the Black Sea. It’s not the first time NATO has conducted exercises in the Black Sea. Named “Exercise Breeze,” those exercises have been held annually since 1997. This year, however, 14 non-NATO states participated in the exercise, alongside NATO members. Those states are Australia, Brazil, Egypt, Georgia, Israel, Japan, Moldova, Morocco, Pakistan, Senegal, South Korea, Tunisia and the United Arab Emirates as well as Ukraine, which is co-hosting the exercises alongside the US.

Each state - regardless of whether or not they belong to NATO - has the right to determine the exercise it wishes to take part in, in accordance with its sovereign rights. It is wrong to criticize Ukraine in this context. So why does it irritate Moscow?

Historically, the Black Sea is an important location for Russia. Moscow monitors the developments there as closely as other coastal countries. But the main factor is Crimea, which has led Russia to issue tough statements and engage in counter-exercises.

Russia annexed Crimea in 2014. Ukraine has always said it wouldn’t accept this annexation. Hence, no other country but Russia has accepted that Crimea now belonged to Russia.

Still, despite the international community’s reaction, Moscow including Crimea in its national territory by adding two federal districts, bringing the number of its federal districts to 85. According to Russia, the importance NATO is attaching to Ukraine and by making it co-host the exercises could be a message towards an initiative regarding Crimea.
Yet few, including Moscow, expect NATO to suddenly declare war on Russia and take back Crimea. Russia is nonetheless preparing for the worst. Especially when this all-inclusive exercise is added on top of the ship crisis between Russia and the UK before the exercise started, Moscow, in a sense, believes it is being tested and its reaction is being checked. So far, so good. But, so why did Russia warn Turkey?

Why was Turkey warned?

Six states line the coasts of the Black Sea: Turkey, Georgia, Russia, Ukraine, Romania and Bulgaria. Among them, Turkey has particular importance. Ankara has a distinct mission because it controls the Dardanelles and the Bosporus Straits, which entails access and exit to and from the Black Sea.

According to the Montreux Convention, war vessels belonging to non-riparian states cannot stay more than 21 days in the Black Sea. Likewise, there are limits regarding the amounts of aggregate tonnage and types of war ships that can pass through the straits.

In fact, according to articles 11 and 12 of the Montreux Convention, there are three types of ships that non-coastal states can pass through the Black Sea: light surface vessels, minor war vessels (between 100 and 2,000 tons), and auxiliary vessels. What is more, warships, aircraft carriers and submarines cannot pass through the Straits if they belong to a non-coastal state.

In the “Exercise Breeze” setting, 22 of the 32 warships used in the exercise belong to Ukraine. In other words, Ukraine acted in accordance with Montreux, knowing that Russia would react. That’s why Ukraine co-hosted the exercise. The other host was the US. These are the two states Russia does not want to see together.

Russia was aware that Montreux was not violated in this exercise, and that Turkey was sensitive about this. But this is the message it is trying to send: “We know you are complying with Montreux. It is also wise to supply ships from a coastal state, especially Ukraine, but do not think that we have given up monitoring you.”

Russia: There is no alternative to Montreux

In the second part of the text, Russia reminds us of its stance towards the “Kanal Istanbul” issue. It is highlighted in the text that there is no alternative to the Montreux Convention. The words of President Vladimir Putin were repeated in a way that carries the same meaning: “It is your territory after all, you may dig holes or build a canal. But we are against attributing a geopolitical value to ‘Kanal Istanbul’ and trying to undermine Montreux in order to improve relations with the United States.”

Russia is repeating this because Montreux is a system that has functioned well since 1936. In that sense, Russia is not against Montreux. It also appears that a balance has been established in the Black Sea among the coastal states thanks to Montreux. For the past six months, Russia has been evaluating Joe Biden’s inauguration and Turkey’s new stance towards the US.

Moscow also assessed Turkey’s stance towards the Montreux Convention during Ukrainian President Volodymyr Zelensky’s visit to Ankara when this became a domestic debate. During this visit, Russia did not accept the statements that were made and responded to Turkey.

Finally, Russia has the impression that NATO is preparing Ukraine for NATO membership through Turkey. The increased arms trade between the two nations supports this argument.

With regards to both the Kanal Istanbul debates and the recent NATO exercise, Russia is warning Turkey to maintain its neutrality. That’s why it reminds us of the situation of the coastal states in the Black Sea and makes a list of which ship belongs to which country and how long it has stayed, with the help of a calendar on the one hand and binoculars on the other. Meanwhile, it comes up with the idea of conducting its own military exercise alongside NATO.

In short, Moscow is sending the message that it is not taking the line of least resistance. What it says is: “I know my rights. I’ve taken over Crimea and I won’t allow anything else happen over there. Ankara should be careful regarding the situation in the Black Sea.” 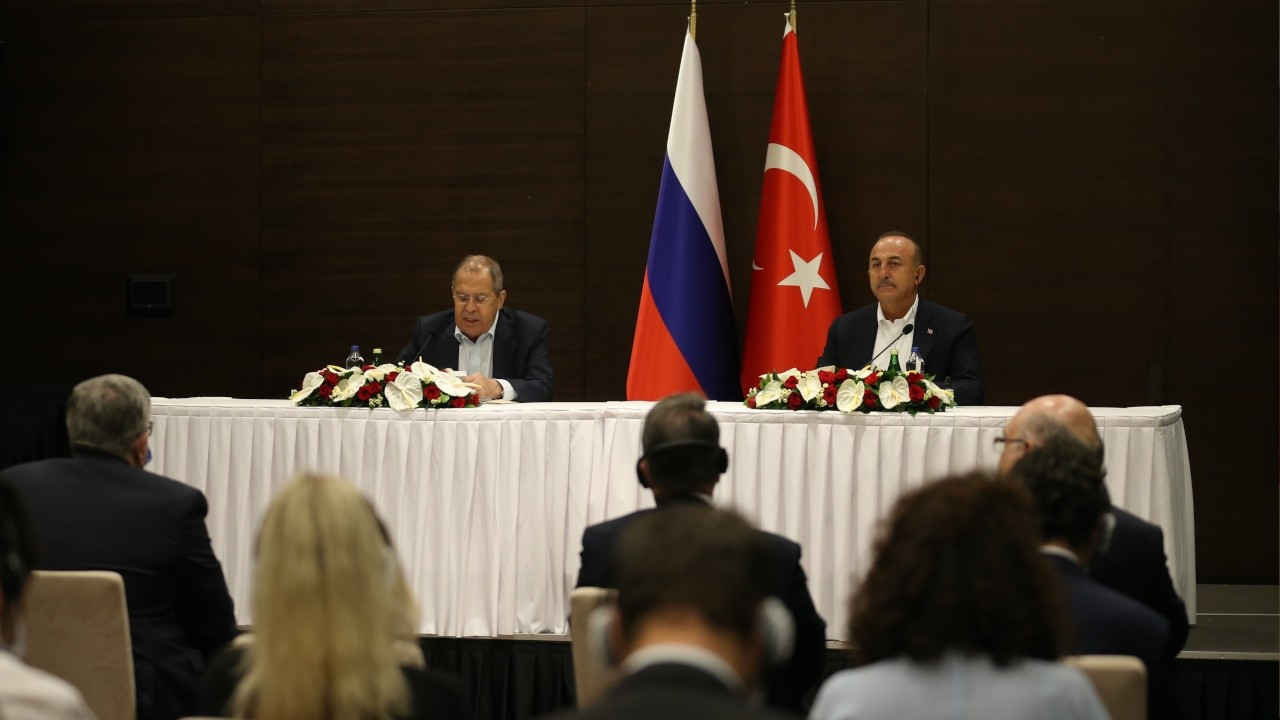 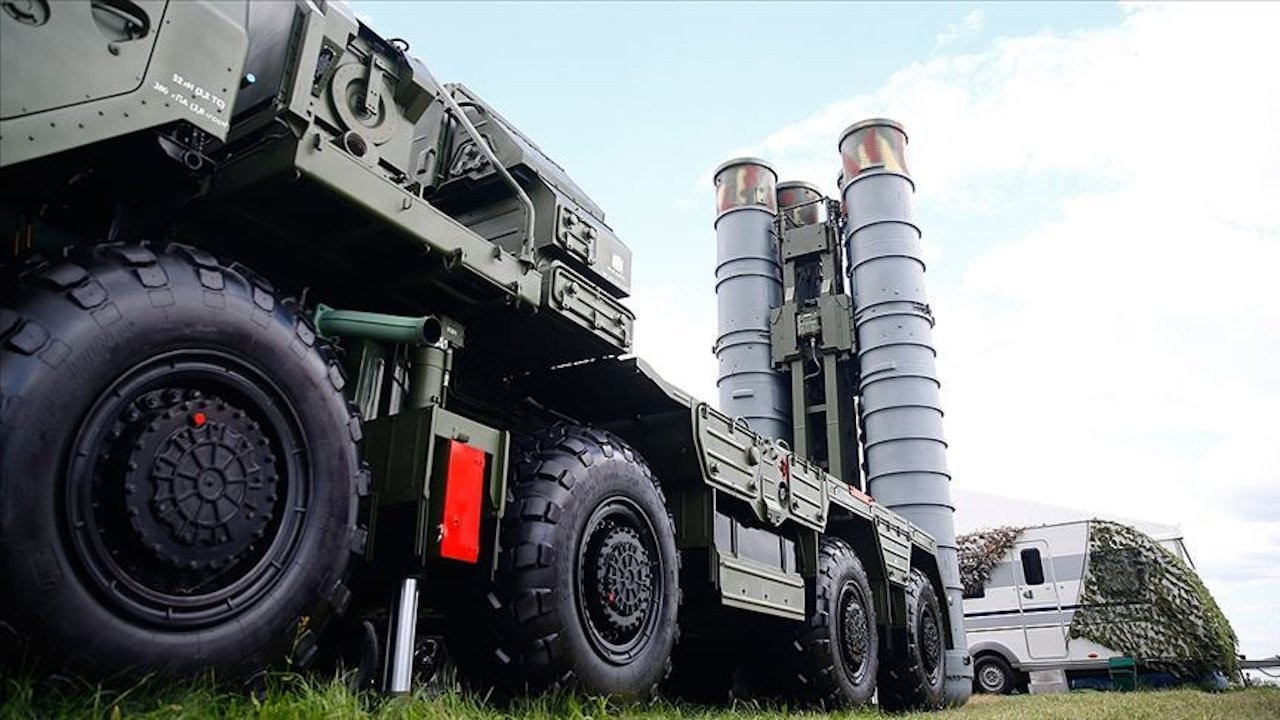 Russia says consultations with Turkey on S-400 contract completingDiplomacy
Other Articles
June 04, 2021 Turkey not given privilege in Libyan oil operations
May 21, 2021 Who will pay for the loss of Turkey’s public banks?
April 27, 2021 Was Lavrov’s Cairo trip a warning for Ankara?
March 18, 2021 IEA report on Turkey omits facts and problems
March 11, 2021 Why is Turkey raising the price of gas when Gazprom is lowering it?
Most Populars
Shelter employee beating dog to death causes public outrage in Turkey Turks wait in line for cheap bread as inflation eats into earnings Turkish Iranian money launderer Zarrab's lavish life in Miami revealed 'Fake doctor' who worked in state hospital for 1 year arrested Turkish political leaders depicted as Disney characters Erdoğan links soaring inflation to 2016 coup attempt