Turkey's Constitutional Court has ruled that the imprisonment of dismissed educators Nuriye Gülmen and Semih Özakça had not violated their right to liberty and security.

Gülmen and Özakça were dismissed from their jobs through government decrees after the failed coup attempt of July 2016. Although they were complying with the judiciary control measures imposed on them in an ongoing investigation, they were detained and arrested in a second investigation based on the same “evidence” used in the first investigation.

Gülmen and Özakça later applied to the Constitutional Court about their imprisonment, saying that the newly drafted indictment was unlawful as it cited the same charges as the first one.

The top court said that the educators had not exhausted all the domestic legal means and found their application with regards to violation of rights unacceptable.

The court said that the educators' claim that “the judicial authorities were not objective and independent” in their decisions was not based on any concrete evidence.

It also rejected the educators' demand that an investigation be launched into public officials on the grounds of ill-treatment, saying that this claim also lacked concrete evidence.

On March 11, 2017, they went on a hunger strike, and just three days later they were detained. An indictment filed against the educators claimed that they were staging their protests with the instructions of the outlawed militant leftist Revolutionary People’s Liberation Party (DHKP-C).

Despite being released under judiciary control measures on March 14, 2017, the educators were detained once again on May 23, 2017, this time on charges of “being a member of a terror organization” and violating the Law on Demonstrations and Public Meetings.

Although prosecutors had referred to the same offenses in both of the indictments, the court ruled for the arrest of the educators in the second investigation.

The court released Özakça from custody on Oct. 20, 2017, while keeping Gülmen in prison until Dec. 1, 2017, when it sentenced her to six years and three months in jail on terrorism charges. 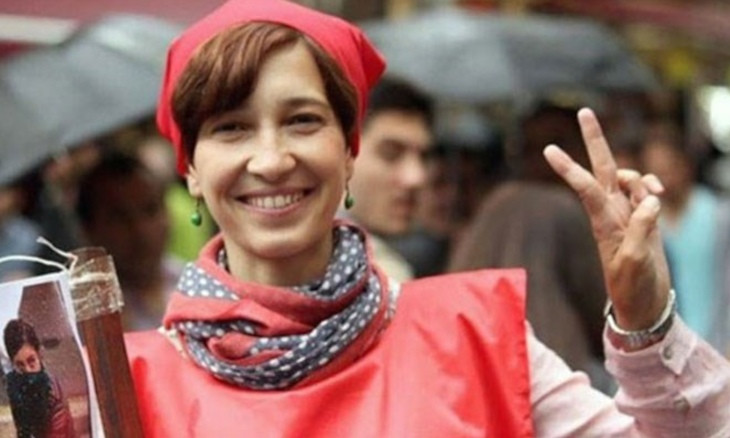