Turkey's Central Bank ramped up its key interest rate by 475 basis points to 15% and pledged to remain tough on inflation on Nov. 19, meeting lofty expectations after President Recep Tayyip Erdoğan installed a new governor and heralded a new economic approach.

Analysts welcomed the sober assessment of what has hobbled the Middle East's largest economy and cautiously predicted that Naci Ağbal, who has run the Central Bank for less than two weeks, would hike rates more if needed.

"The tightness of monetary policy will be decisively sustained until a permanent fall in inflation is achieved," the bank said after a policy meeting seen as a test of Erdoğan's ability to set a new economic course for Turkey.

The rate hike was the sharpest in more than two years and could support the lira after it hit a series of record lows since the summer, though it could also slow economic recovery from coronavirus fallout.

In response, the currency firmed to 7.599 against the dollar, from 7.71, its strongest since September. Sovereign dollar bonds hit fresh eight-month highs, while five-year credit default swaps, a risk measure, slid to the lowest since March.

"This was the platform for Turkey under its new...governor Ağbal to wow markets by restoring predictability to monetary policy – and they delivered," said Ehsan Khoman, head of MENA research and strategy at MUFG Bank in Dubai.

"Turkey now has a real chance to reinstate itself as an emerging markets darling," he said.

'A new era of economic stability that welcomes foreign investors'

In effect, the rise in the key one-week repo rate from 10.25% was limited given that other credit-tightening steps had lifted the weighed average cost of funding to 14.80%.

The uppermost rate, the late liquidity window - which had increasingly been used as the benchmark rate - was set at 19.5%, up from 14.75%. But the bank said the 15% one-week repo rate would be "the only indicator" for policy.

The lira - hit by concerns over the thin FX buffer and Turks snapping up hard currencies to record levels - rallied some 12% last week after Ağbal was installed and after the finance minister, Erdoğan's son-in-law, abruptly resigned.

But after the surprise overhaul last week he said even "bitter" policies would be adopted as he promised a new era of economic stability that welcomes foreign investors.

Polls show the economy's problems, including two sharp contractions in as many years, have eroded support for Erdoğan's ruling alliance. A recent surge in COVID-19 cases and new restrictions on some businesses could further slow growth.

The rate hike was an "important first step towards re-establishing credibility and demonstrating a more orthodox approach to policy. It will be vital that this momentum is maintained," said Roger Kelly, lead regional economist at the European Bank for Reconstruction and Development.

All 21 economists in a Reuters poll expected a rate hike with the median at 475 basis points and predictions ranging from 200 to 575 points.

In September of 2018, Turkey's Central Bank hiked rates 625 basis points to as high as 24% in the face of a fast-moving currency crisis. An easing cycle then began last year, but it ended when the pandemic hit earlier this year. 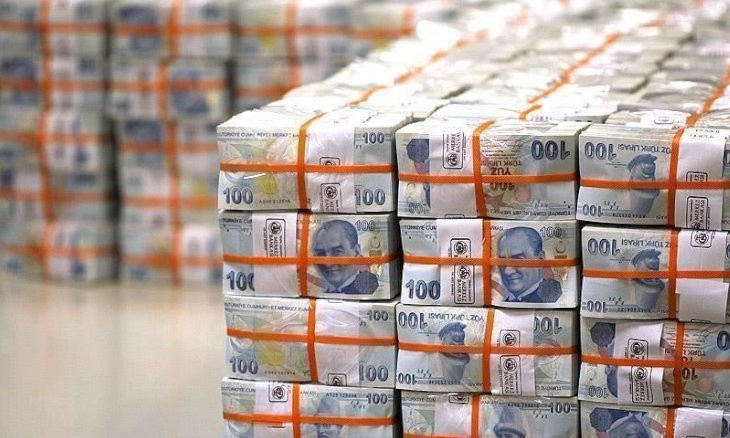