The fourth hearing of the case in which members of the Saturday Mothers are tried was held on March 23 in the Çağlayan Courthouse in Istanbul. The court ruled to adjourn the case to Sep. 21.

The Saturday Mothers have been gathering in Istanbul since 1995 to demand justice for their relatives who were allegedly disappeared and killed by undercover units. A criminal case was filed against them on the basis of "unauthorized assembly" over the 700th week of their demonstrations in 2018.

After the 700th meeting, which was banned by the Beyoğlu Governor's Office and where the police intervened with tear gas, Interior Minister Süleyman Soylu had said: "We did not give permission because we wanted this abuse and deception to end. Should we have turned a blind eye to the exploitation of motherhood by the terrorist organization and to cover for terrorism?"

Members of the Saturday Mothers held a press statement before the hearing on March 23. Besna Tosun, daughter of Fehmi Tosun who disappeared in custody, read the statement.

“Article 34 of the Constitution states that ‘Everyone has the right to hold peaceful assembly and demonstration without prior permission.’ We are here today because we have exercised this right. The Constitution lost its character of being a constitution and became an ordinary text. Constitutional rights became available as much as the power allowed. In this case, we ask: Is the Constitution still in force?” Tosun said.

During the hearing, members of the group made their defenses.

Hasan Karakoç, brother of Rıdvan Karakoç who was lost in custody explained what he and his brother were exposed to during the detention process.

“In 1994 our house was raided by the police. They had come to pick up my brother. They hit me in the mouth with the pistol grip. My mouth and clothes were covered in blood. They threatened us by saying, ‘Bring Rıdvan to us, if you don't, we will kill him where we see him.’ And they took me into custody that night. They tortured me for 14 days in detention,” Karakoç said.

Karakoç stated that his brother could not come because of the police surveillance around them and they lost contact with his brother in February 1995.

“We applied to all relevant authorities to find my brother, but we could not get any results. For my brother, all state institutions answered, ‘We do not have information.’ After 110 days, we found his corpse in an unclaimed cemetery. He had been killed by severe torture," Karakoç said.

"While we were looking for my brother everywhere, his dead body passed through all official institutions including the prosecutor's office, was kept in Forensic Medicine for days, and was buried in the cemetery as an 'unidentified person' without officials informing us."

Karakoç added the perpetrators of the crime have not been brought before the courts for 27 years, and that’s why he and his mother gathered in the Galatasaray Square to protest the state.

“We sat there for 699 weeks. Now I and my friends are being blamed for attending the vigil on the week 700,” he added.

The court rejected the request for the acquittal of the defendants and adjourned the hearing to Sep. 21. 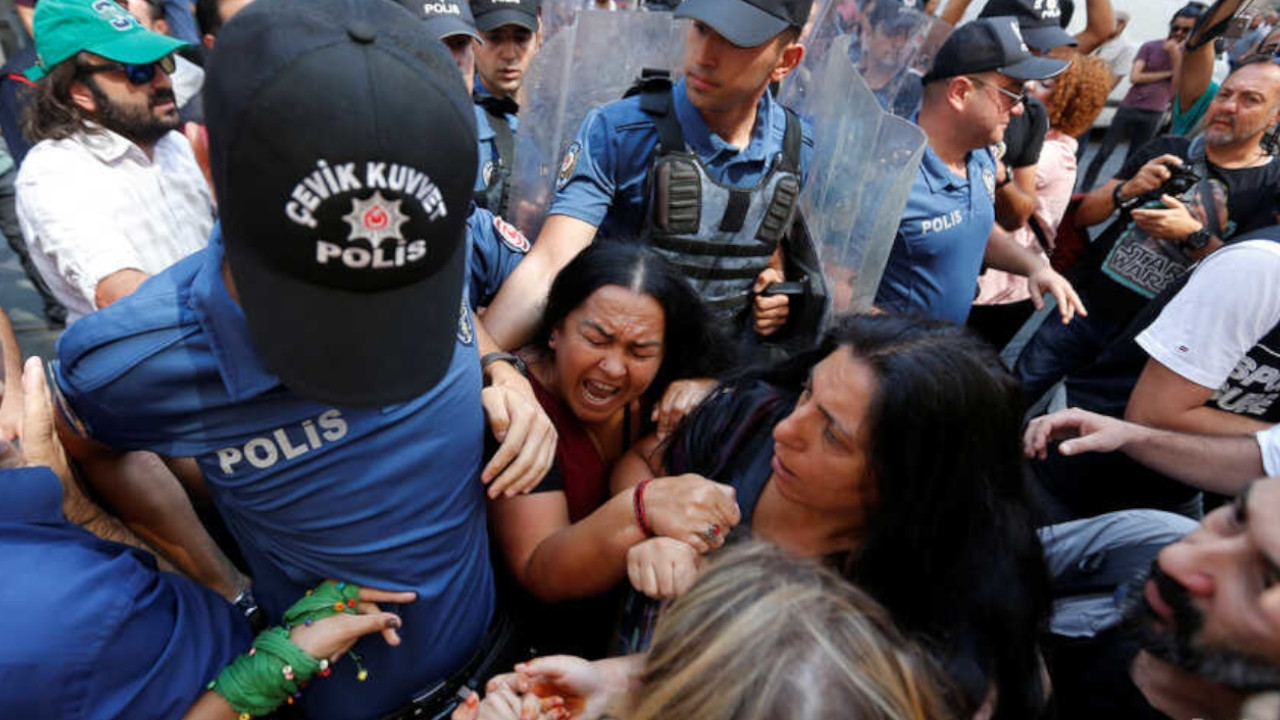 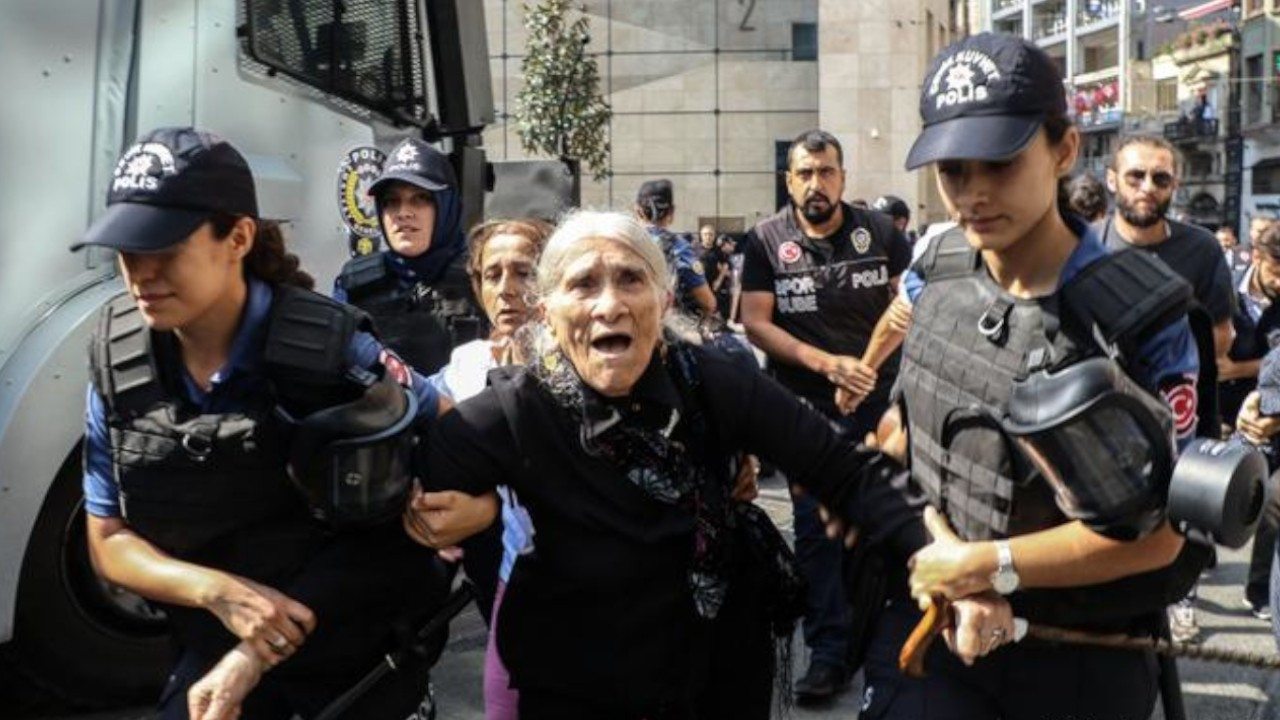 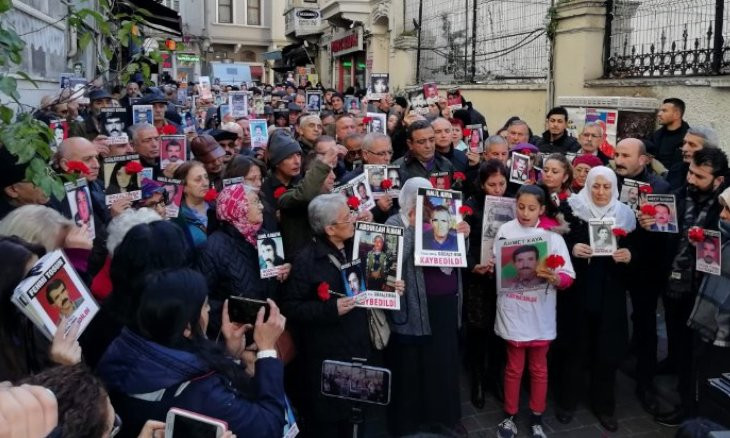 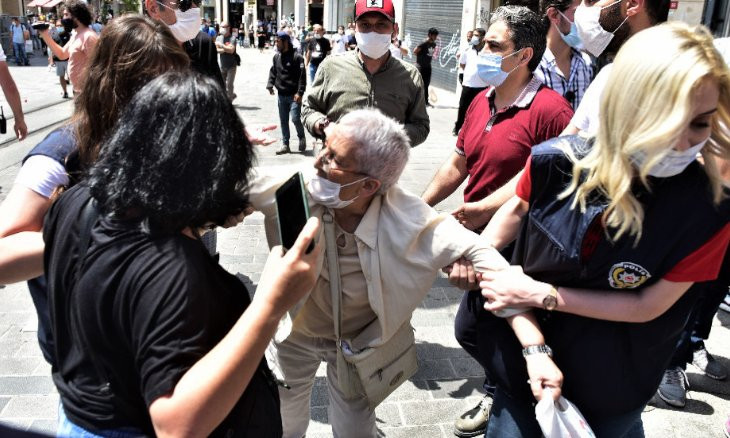