A Turkish court has sentenced main opposition Republican People’s Party (CHP) leader Kemal Kılıçdaroğlu to pay a compensation of 50,000 liras to President Recep Tayyip Erdoğan over his January-dated video in which he had documented how government-linked holding companies were receiving billions of dollars worth public tenders.

Celal Çelik, a lawyer for the CHP, tweeted that the case was finalized on Oct. 5. “In the lawsuit filed by Erdoğan over chairman Kılıçdaroğlu’s statement that ‘You (Erdoğan) have granted 6 billion liras to the gang of five,” the court judge has ruled for a compensation of 50,000 liras, without collecting any of our evidences.”

Çelik also said that they will file a criminal against the court judge for “misusing their authority” and appeal the decision.

On Jan. 26, Kılıçdaroğlu had detailed how the public tender system was used to route 6 billion Turkish Liras in profit to a company closely tied to Erdoğan and the Justice and Development Party (AKP).

“The value of the tender conducted in 2018 was 3.19 billion liras. But the company that won the tender has not been given the project. Why? Because it was not among the gang of five. The tender was cancelled and the same tender was held once again on Aug. 21, 2020. The benefits of the same project were this time made available for a value of 9.4 billion liras to one of the companies among the gang of five,” Kılıçdaroğlu had said, namely the five firms closely linked to Erdoğan’s circle.

Kılıçdaroğlu was referring to an open tender for the construction of a railroad line. In 2020, the project was re-tendered for 9.5 billion liras, nearly three times the original cost. This time, the project was immediately granted to a pro-government company. According to Kılıçdaroğlu’s video, this allowed the company to keep 6 billion liras in profit. 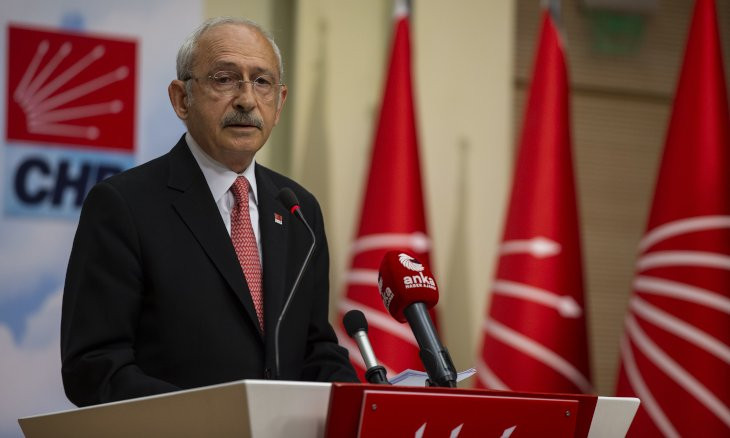