A Turkish court on March 3 sentenced 10 suspects to aggravated life sentences over their role in the 2012 summoning of Turkish National Intelligence Organization (MİT) Hakan Fidan to testify as part of an investigation into the Kurdistan Workers' Party (PKK).

The 10 suspects, including former police officers, were convicted of being members of the Gülen network, which the government refers to as the Fethullahist Terrorist Organization (FETÖ).

The trial -- known as the “Feb. 7 MİT plot” in the Turkish media – concerns the summoning of Fidan and other top MİT officials by prosecutors on Feb. 7, 2012 over allegations stemming from MİT discussions with the PKK, known as the Oslo talks.

On the same day, i.e. Feb. 7, 2012, then-Prime Minister Recep Tayyip Erdoğan was scheduled to undergo a surgery, but postponed it and ordered Fidan to not testify.

Following the summoning of Fidan, Erdoğan publicly voiced support for him and declared, "It was me who sent him to Oslo and to İmralı," referring to the island where jailed PKK Abdullah Öcalan is imprisoned.

The incident was the first serious rift between the Gülen network and the ruling Justice and Development Party (AKP), which were once close allies.

The indictment said that the Gülenists aimed to force the government to resign by detaining Fidan, and listed Erdoğan, as well as members of Turkey's 61st government, as complainants in the case.

The talks between 2009 and 2011 in Oslo were part of the efforts of finding a peaceful solution to the Kurdish issue.

The MİT law was changed on Feb. 17, 2012 in parliament and the prime minister's approval became necessary to launch probes into MİT officials. The warrants on intelligence officers were lifted the next day. 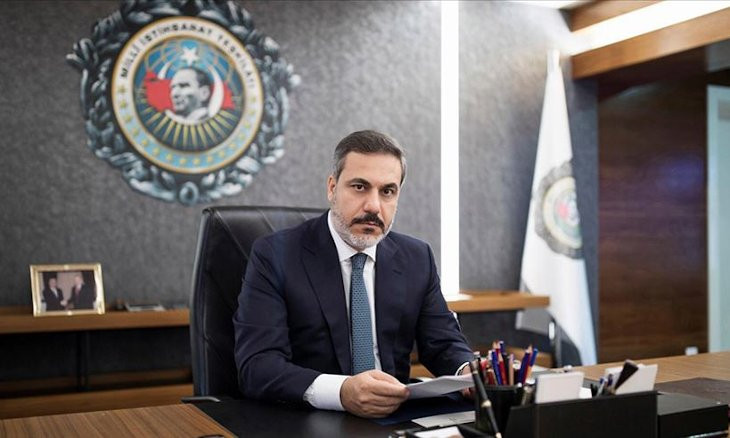