The Interior Ministry has dismissed the executives of the Turkish Retired Army Officers Association (TESUD) from duty, alleging that they have voiced support for a declaration signed by 104 retired admirals warning against the withdrawal from Montreux Convention.

“The inspection that has been launched by the Ankara Chief Public Prosecutor's Office within the framework of the Turkish Penal Code's article 361/1 with regards to the retired admirals' declaration, still continues. After TESUD executives released a statement of support for the 104 retired admirals' declaration, our Ministry on April 8 assigned Asset Auditors and Association Inspectors,” the Interior Ministry said on April 20.

“As per the article 27 of the Law No. 5253 on Associations, the association's chairman and other board members have been dismissed from their duties as a temporary measure,” the ministry further said.

The move against the association came after its executives contradicted the Defense Ministry on April 5 by saying they "had not used any remarks of condemnation" with regards to the retired admirals' declaration during their meeting with Defense Minister Hulusi Akar on the same day.

TESUD executives said that had been “invited” to the Defense Ministry and that during the exchange of “opinions and suggestions” between the two parties.

In the face of this statement, TESUD received a letter from the Ankara Governor's Office on April 7 saying they would face an inspection starting on April 8.

Ruling Justice and Development Party (AKP) said the declaration was a direct challenge to civilian government and evoked past army interventions, with President Recep Tayyip Erdoğan accusing the retired soldiers of “hinting at a political coup.”

The government's condemnation of the retired admirals prompted prosecutors to launch an investigation, with 14 of the former military officers getting detained.

The retired admirals were later freed on condition of judicial control. 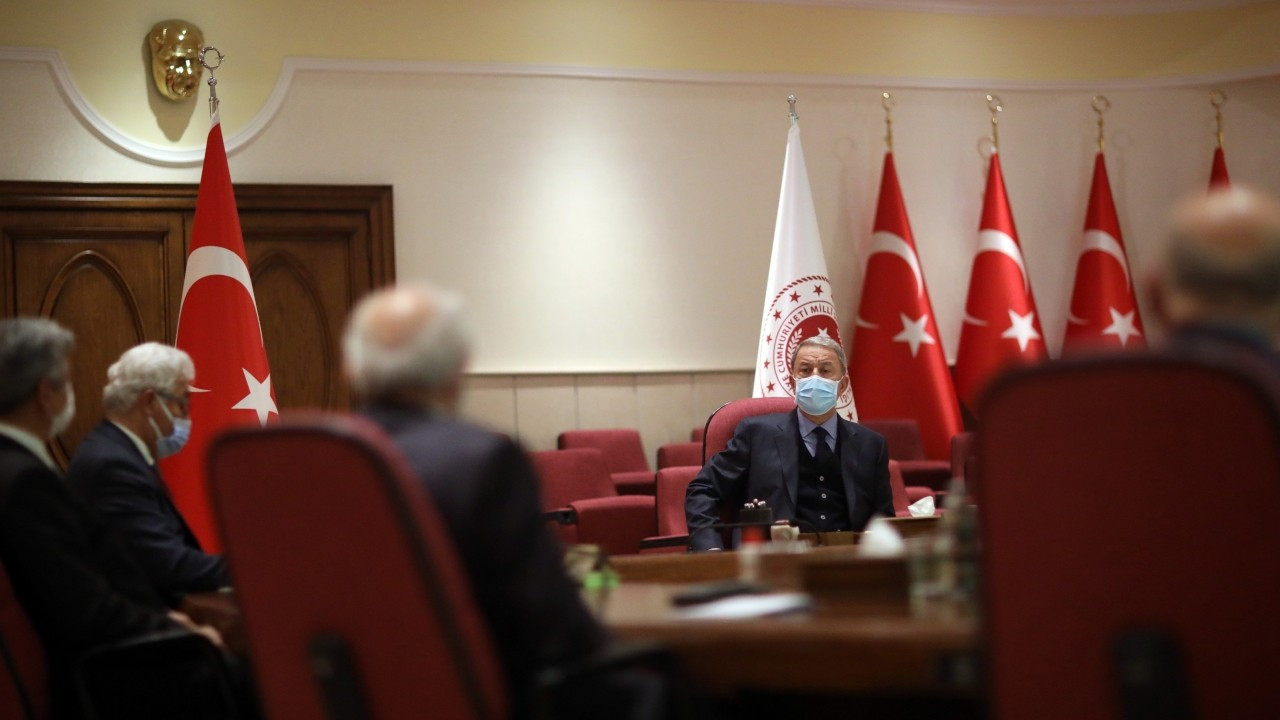