Main opposition Republican People's Party (CHP) officials from the Çankaya district office in Ankara were prevented from carrying a banner for the memorial of executed revolutionary students Deniz Gezmiş, Yusuf Aslan and Hüseyin İnan on the anniversary of their hangings on May 6, 1972.

Officials of the CHP Çankaya office wanted to hold a memorial service for the three students in the Karşıyaka cemetery where they rest and wanted to march in carrying a banner that read "We are with you."

Police prevented the group from entering the cemetery with the banner on grounds of pandemic restrictions, but cleared the CHP representatives to enter the cemetery upon discarding the banner.

The CHP officials left a wreath at the students' gravesites and observed a moment of silence with the discarded banner in the memorial.

The three students were leading figures in the revolutionary movement in Turkish universities in the 60s, a time of great internal turmoil in Turkey.

Gezmiş, İnan and Aslan were found guilty under Article 146 of the Turkish Criminal Code (TCK), “attempting to change all or part of the Constitution of the Republic of Turkey.” 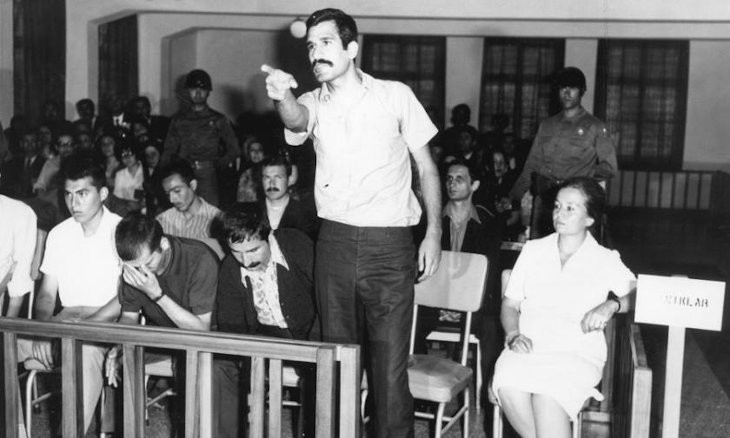