The question as to what Haydarpaşa Station – one of Istanbul’s main transportation hubs – will become, arose again last week, as the hashtags “#HaydarpaşaGardırGerisiYalandır” and “#Haydarpasagardırgarkalacak” spread on social media. The hashtags translate into English as “Haydarpaşa is a train station and it will remain one” and “Haydarpaşa is a train station, the rest is nonsense.” This debate is anything but new. The 112-year-old historic train station was made dysfunctional in 2010. The last stop of the railway network from Anatolia was first planned as Pendik-Tavşantepe before being moved to Kadıköy-Ayrılıkçeşmesi.

The controversy flared up for two reasons. First, the HDP MP for Ankara Filiz Kerestecioğlu discussed the significance of Haydarpaşa Station for transportation, to which Transportation and Infrastructure Minister Adil Karaismailoğlu responded saying “Haydarpaşa Station belongs to the old Turkey. In the new Turkey, we have the Marmaray (rail tunnel under the Bosphorus).” Second, the Municipality of Istanbul held the Kadıköy Square Architectural Competition, in which a project reevaluated Haydarpaşa Station as a museum. It was among the top-three equivalent prizes and was put to public vote.

Haydarpaşa Station is now facing a situation whereby the government is taking a one-step forward, one step back and two steps forward approach in order to assess the level of opposition. That is what they usually do before going ahead and pressing on with projects once the circumstances are ripe. Past projects, including the AKM, Galataport and the Kabataş Seagull Project, have wrought irreversible damage on urban life and were invariably in favour of big capital.

The Municipality of Istanbul had once been excluded from the Haydarpaşa Station tender. But recently, it held a design competition emphasizing democracy and public participation with the slogan “Istanbul is yours.” The judges of the competition evaluated the project as one of the top three projects. This project is in accordance with the government. 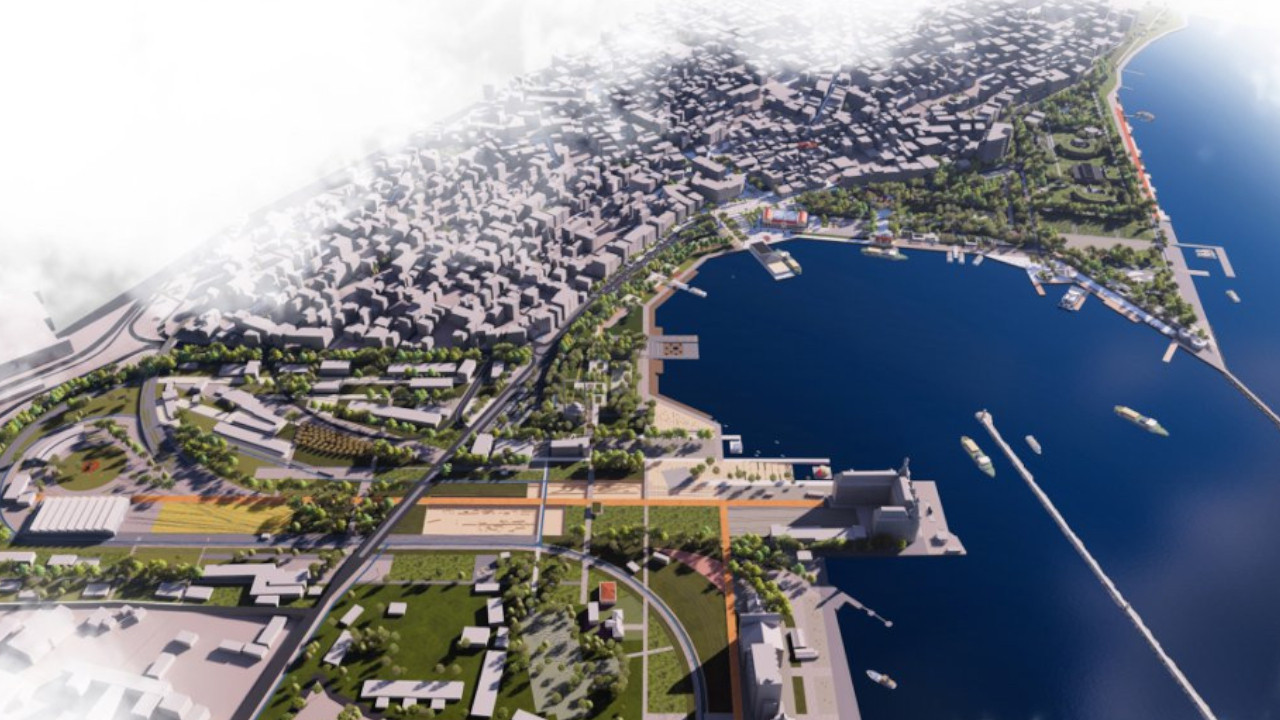 As one would expect, people are confused. The government labels its pro-capitalist stances as the “optimization of non-functionalized available spaces in urban centers or historic venues as “for the benefit of the public.”

As a museum, the status of the building becomes indisputable. But as every inch of Istanbul is being plundered, it is easy to be deceived by the notion of “museum-city.” Remember the Taksim Military Barracks (Topçu Kışlası) that were poised to be built in the place of Gezi Park. The project would have turned the park into a shopping mall.

In order to mitigate reactions against it, the authorities declared the project would feature a museum. That museum is now included in the highly controversial Galata Tower restoration project.

It is apparent that such a huge metropolis as Istanbul cannot be transformed into a museum. A museum is nothing else than a place where objects and pieces of the past are displayed.

Rail transport may look like an old and outdated method of transportation while there are extensive intercity highways and air travel through which people can buy tickets as if they were purchasing a bus ticket.

Yet the issue is not only preservation or creating new public space. It is energy and transportation policies that should be carried out by taking into account public interest. This is what Minister Karaismailoğlu and the Marmaray of the new Turkey, which increase the country’s energy dependence, are hiding. These policies are fed with airlines, bridges and highways considered to be luxurious, with guaranteed payments to the operator of the project.

There are plenty of good examples worldwide: the high-speed rail road connecting Paris to Amsterdam (a pleasant and easy four-hour journey) which starts at the historic Paris Nord Station at the center of the city and ends at the historic Central Station in central Amsterdam. In both stations, railroads, trains and wagons were renewed and they continue to function as they did for 200 years. Their operational continuity is not the result of strict protectionism, but more to the continuity of their countries’ transportation policies.

In short, the Haydarpaşa Station should remain as a station and should continue to be used as such. Not only to protect a landmark and the memory of the city, but because I am against a practice that causes public damage and because it is runs counter to the continuity of the city’s modernization process.