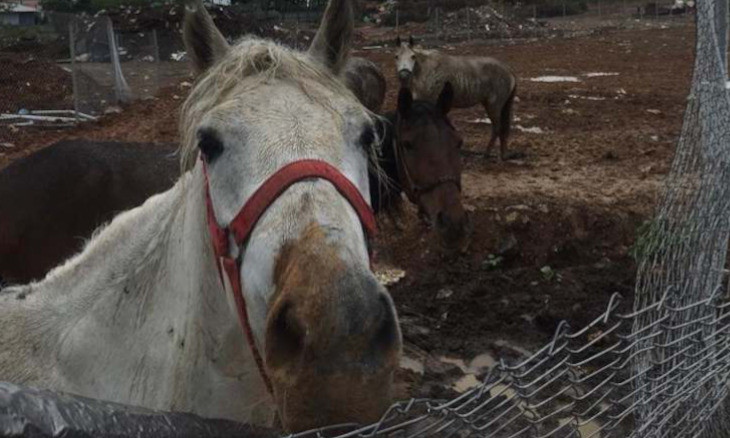 The district governorate of Istanbul's Princes' Islands have opted to not allow the use of sixty electric-powered minibuses that the city planned to replace the recently-banned horse-drawn carriages that previously provided transportation around the vehicle-free islands.

The Islands' governorate said in a statement that the colorfully-painted minibuses lacked the proper certification and thus were in violation of traffic legislation.

The minibuses replaced the horse-drawn carriages that were officially banned earlier this year after years of controversy surrounding the issue. Activists, environmentalists and island residents long argued that the horses were being mistreated and overworked and called for the carriages to be banned, though the drivers lobbied in favor of keeping their means of earning a living.

Late last year, a number of the horses came down with glanders' disease, and the city ultimately decided to permanently ban the carriages, compensating drivers for their carriage licenses and for each horse.

Islands Mayor Erdem Gül, and Istanbul Municipality Mayor Ekrem İmamoğlu said that they had met with Istanbul Governor Ali Yerlikaya and that the issue regarding the minibuses would be solved within a matter of days.

The controversy did not end with the banning of the horse carriages. When images of the minibuses surfaced online, they were the subject of criticism from many people who found them to be aesthetically unpleasant and did not suit the spirit of the islands.

“Nearly 100 million TL was spent to purchase the carriages from the drivers. During this process we took the horses under protection, and covered their care. At the moment we are overseeing a sensitive process of transporting the horses to appropriate places such as universities,” İmamoğlu said.

İmamoğlu said that the minibuses were slated to begin serving the islands in April, but that the coronavirus pandemic resulted in the delay.