The claims of a child being sexually abused by 27 men, including soldiers, police officers and the state's village guards, in Turkey's predominantly Kurdish southeast prompted outrage on social media, with thousands of people calling on authorities to reveal what has happened.

The incident was revealed when a 15-year-old child from Batman's Gercüş district was determined to be pregnant when she was taken to a hospital after suffering from bellyaches, Jinnews reported on Dec. 6.

Upon her complaint, two men from the same village, identified only by the initials as M.A. and V.A., were detained and M.A. was later arrested, the prosecutor's office said.

According to Jinnews, 27 men, including specialized sergeants, police and village guards, who are state-funded forces used in the fight against the Kurdistan Workers' Party (PKK), were mentioned in the investigation, but only 11 men were added to the actual file.

Turkey's Kurdish majority provinces have always seen heavy security forces presence due to the country's fight against the PKK.

While it's common for men to get away with beating, sexually abusing or killing women in Turkey, the situation is even direr in the country's southeast, where little information can be obtained due to a lack of reporting and censorship on the media outlets that report these crimes.

Adding to the gravity of the situation, the security forces in the Kurdish majority provinces are practically given impunity, as they are either acquitted or handed minimum sentences.

In August, a Turkish court released specialized sergeant Musa Orhan one week after he was arrested for raping an 18-year-old woman in Batman.

Orhan was arrested on Aug. 19 following public outrage over the death of İpek Er, a Kurdish woman who died on Aug. 18 a month after committing suicide because of Orhan's sexual assault.

He remained behind bars only six days, in a move that many say is an example of the policies of President Recep Tayyip Erdoğan's ruling Justice and Development Party (AKP) and Interior Minister Süleyman Soylu.

Speaking to Jinnews, witnesses said that the sexual abuse had been ongoing for eight months and that it was widely known.

"We know that there are two women and a child who were forced to prostitute, but there are certainly many others," they said, adding that the people are afraid to speak due to the perpetrators being security officials.

According to the locals, the child became pregnant as a result of rape twice in the past and this is the third time.

The journalist who reported the sexual abuse, meanwhile, said that they were harassed by special forces police in Gercüş.

"Who are you? Why are you here? What are you investigating?" police reportedly asked the journalist.

The claims prompted outrage on social media, with thousands asking "What is happening in Gercüş?"

The strongest reaction to the report was given by the Kurdish issue-focused Peoples' Democratic Party (HDP).

"A child was raped by security forces this time in Gercüş. The government's judiciary is trying to acquit the perpetrators!" it said in a tweet.

HDP deputy Ömer Faruk Gergerlioğlu asked whether this is another Musa Orhan incident.

"Officials confirm that rape took place but deny that security officials were involved. What is happening in Gercüş?" Gergerlioğlu tweeted.

As more and more people started asking the question, Batman Chief Public Prosecutor's Office imposed a confidentiality order on the case, while also refuting claims that security forces were involved in the sexual abuse.

Access to Jinnews' report was also banned on Dec. 7.

Another statement was released by the Family, Labor and Social Policies Ministry on Dec. 6, which said that the child was taken into protection in another province.

The Batman Governor's Office accused those sharing the report and asking authorities to reveal what happened of "being linked to the terrorist organization," referring to the PKK.

On Dec. 7, police said that legal action was taken against 27 individuals for "engaging in disinformation on social media" regarding the incident. 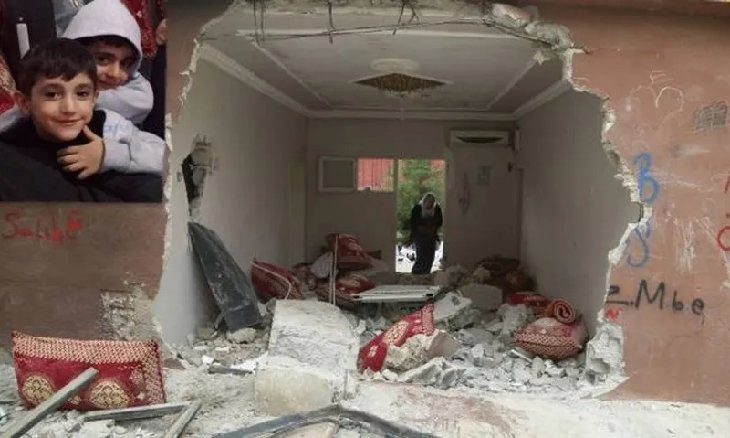