The challenges imposed by everyday life in Turkey have become an ever-increasing burden. On top of it, new government-centric revelations and confessions are pouring down on us like rain, as if human rights violations, economic crisis, a global pandemic and poor pandemic management were not enough.

What makes life difficult are not the revelations themselves, but that those revelations about women’s lives and safety are not given the attention they deserve. None of what exiled mafia boss Sedat Peker has disclosed in nine videos was entirely unknown prior. We had the information, but we did not have the power to force the authorities to investigate or prosecute the irregularities and the crimes that we all knew existed. Now an insider is confessing, but the judiciary is still silent and will likely remain so.

We are all talking as if this mafia member has given all of Turkish society freedom of speech for the first time. I have no objection to the talking, but instead to the lack sound when women’s lives are the subject. No one cared about the life of Yeldana Kaharman whom Sedat Peker mentioned.

When Yeldana applied to the gendarmerie headquarters with a rape complaint and was murdered one day later, both incidents remained on the ‘women’s agenda’ only. The same thing has happened now. Women’s lives are not as popular a discussion topic as dollars, especially if the names of the ruling Justice and Development Party (AKP) deputies and their relatives are involved. This is partly due to the publication ban and partly because many people don’t attribute any importance to the crime. Thus, these crimes were confined to ‘women’s agenda’ and the cycle starts again. Like with the deaths of Rabia Naz and Nadira Kadirova, Yeldana Kahırman’s death and file were hastily closed. Her death wasn’t talked about because women’s lives are not as important as millions of dollars. Or the attempt to degenerate the social texture is not as important as the deterioration of institutions.

Turkey’s recent withdrawal from the Istanbul Convention and attempt to pardon criminals who have been prosecuted via Article 103 of the Turkish Penal Code are social engineering exercises. These are steps taken to stop and reverse the transformation of the country’s social fabric and they are as grave as Peker’s confessions. It is not money; lives are at stake here. Women’s lives and their right to safety have been taken from them, youth has been taken from girls, while millions silently watch Peker’s videos. The state and its institutions can all be reestablished, but lives cannot come back.

There is new research published by The Turkish Statistical Institution (TÜİK) regarding the intersection of social engineering with racist and sexist policies. The data reveals one reason why anti-women sentiment is rising in Turkey:

Child abuse is at the intersection of population policies and anti-women sentiment. Attempts to pardon child abusers stand contrary to sociological fact. Social realities and the government’s social policies exist in opposition to one another. The result is racist and sexist policies that ignore women’s and children’s rights. Although TÜİK data is often questionable, it is impossible to hide the truth completely. TÜİK published the 2020 Birth Statistics in comparison alongside those from 2001. Comparing 20 years of data allows us to see not only the birth and population growth rates, but also the direction and momentum of socio-cultural transformation.

The change in the rate of age-specific fertility over two decades is evidence of socio-cultural transformation. The average age of first birth has risen from 25 to 29. It is clear that the culture of early marriage and childbirth in society in general has changed due to a number of factors.

One which we can easily observe is that the government wants to preserve its racial population politics. Racial population politics aim to increase the fertility rate as well as sanctify motherhood and the family unit, in order for women to begin reproducing during the first years of fertility. Despite this population policy and accompanying anti-women sentiment, which has been apparent since the 2010s, the age of first birth in Turkish society has risen steadily with minor fluctuations. The increase in momentum, especially in times of economic crisis, cannot be ignored. Those who are mismanaging the economy insist on social engineering as an explanation. They intend to destroy women’s rights in order to reverse cultural transformation and to change the social texture.

For years, the same groups have been treating social benefits as social policy to hold women back from education and employment, so that they become increasingly dependent on the husband and the family unit. They get political benefits by presenting the rights of citizenship as the government’s grace. At the same time, they fortify their ideological stance via racist policies.

The AKP government doesn’t recognize women as sovereign individuals and as a subject of law, but as the ‘complementary’ to men. It decorates this approach with abstract notions like conscience and compassion, and gives religious explanations to trick the public.

This ‘complementary’ element, which is the government’s preferred definition for its racial population politics, is to encourage giving birth at a young age; Women should give birth as many times as possible and in the cheapest way possible (i.e. not via caesarian section). Women and girls are considered incubators. When they refuse to agree, social engineering is imposed. Legal abortion is practically banned in public hospitals. Contraceptive methods have been removed from social security packages. These are all policies that were adopted to increase the rate of population growth. Despite these governmental efforts, the age of first birth keeps rising in Turkish society. The efforts of AKP politicians to pardon child abusers are manifestations of the government’s racist population policy.

They intend to seize the rights of girls in order to increase the population via early marriage and early child birth. The girls they drive to become mothers at an early age are the children of poor families. They implement social engineering under guise of counterterrorism so that poor families can bury their sons as martyrs, and so that the daughters of poor families can be predestined to give birth to more ‘soldiers.’ The Adolescent Fertility Rate shows how rapidly the socio-economic transformation is taking place. This transformation is in accordance with the developments of the time and is inevitably reflected in the findings of TÜİK. The adolescent fertility rate, that is, births between ages 15-19 was 49 per thousand in 2001 and has decreased to 15 per thousand in 2020.

The method of social engineering they have found to stop and reverse social transformation is to decriminalize child sexual abuse by legitimizing early marriages. The number of adolescents who become mothers at an early age has been dropping since 2015-16. At the same time, the government has been trying to pardon the offenders. The TÜİK Fertility Statistics were published simultaneously with discussions of amnesty in two separate commissions in parliament. Thus, those who corrupt the state and its institutions are also working hard to corrupt its social fabric. Witnessing intellectuals’ detachment from this issue is as hurtful as witnessing the government sacrificing girls for the sake of its social engineering projects. All of those billions of dollars that people are talking about may be made up for someday, but redeeming the rights of murdered women and replacing the girls’ stolen childhoods are not possible. 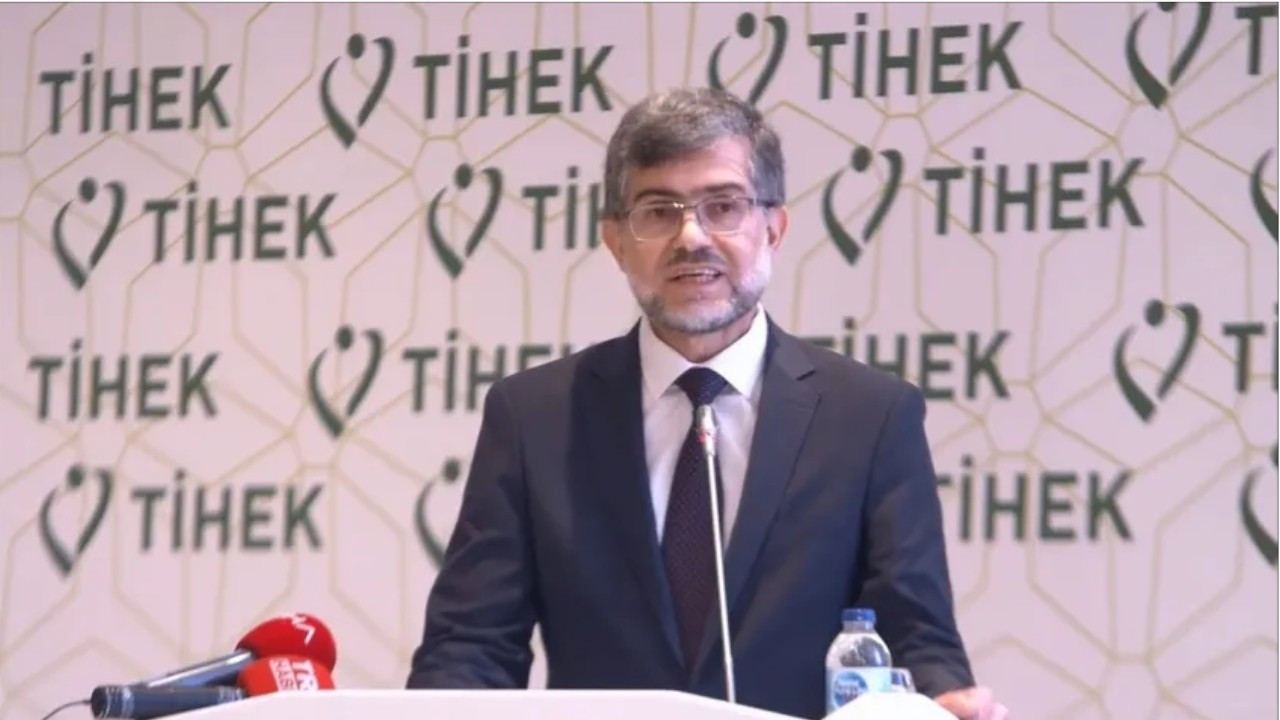 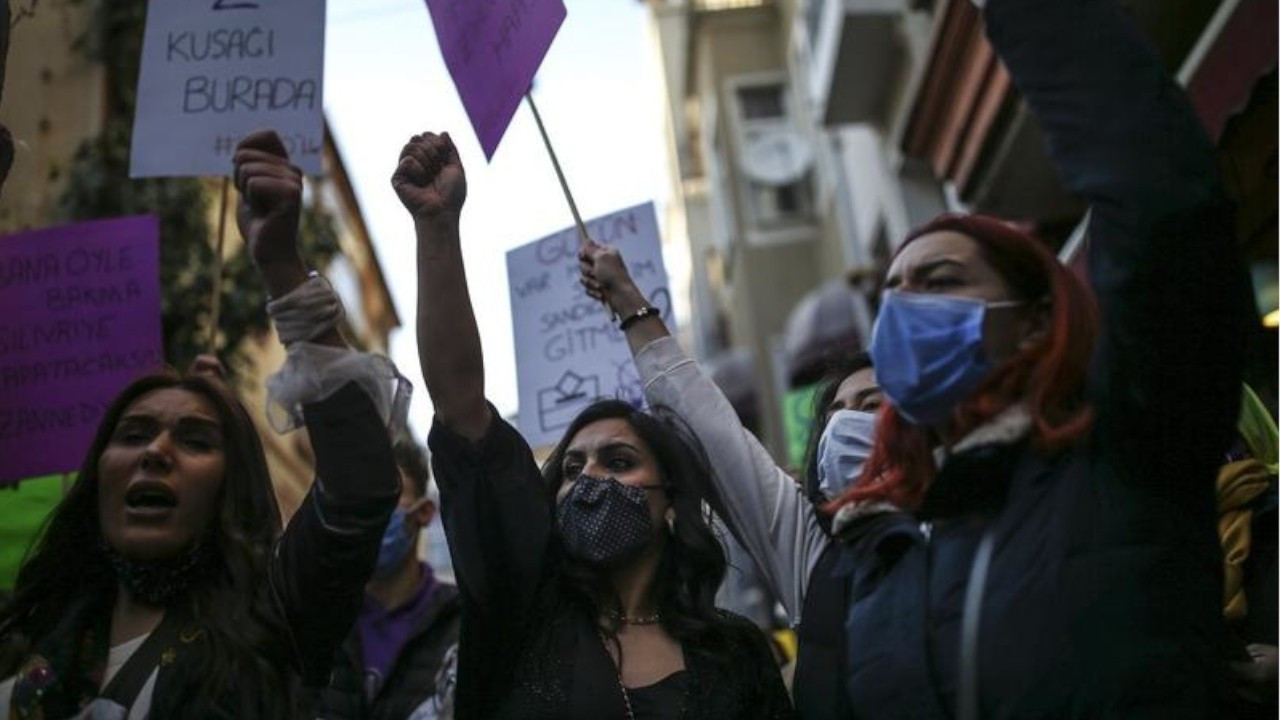