A woman who survived an acid attack last year forgave her perpetrator ex-boyfriend and withdrew her criminal complaint on reasons yet unknown.

Berfin Özek's face was severely burned when Ozan Çeltik threw acid on her face in the southern province of Hatay's İskenderun on Jan. 15, 2019, resulting in the 19-year-old woman losing an eye. 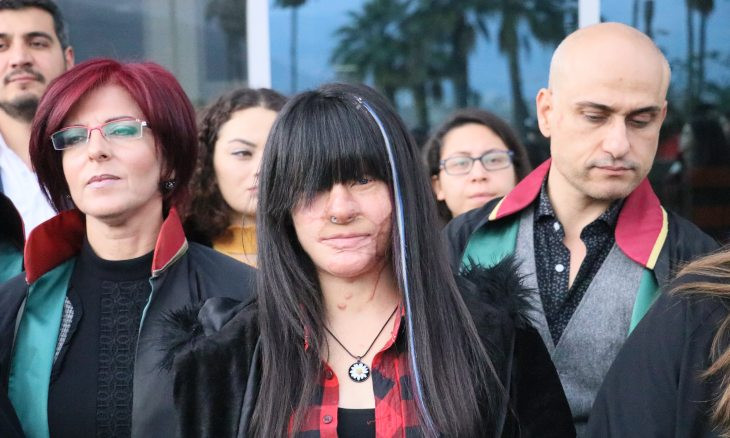 Is my pain worth thirteen years: Acid attack survivor asks after court ruling

Çeltik was sentenced to 13.5 years in prison over "deliberately injuring" on Jan. 7 in the case that he was tried over "attempting to deliberately kill" with the prosecutors seeking life in prison.

The court ruling caused uproar in the country, with Özek asking, "Does my pain amount to 13 years?"

"This person won't even serve all of that sentence anyway," she said at the time, adding that she has no security of life.

President Recep Tayyip Erdoğan was among those who slammed the court ruling, asking what the judges would do if the same attack was carried out on their own daughters.

Speaking about Özek's decision to forgive Çelik, Mehtap Sert, one of her lawyers and a member of İskenderun Women's Platform, said that they have been following her case since the beginning as the platform, but will no longer work with her.

"Since Özek's decision is against our motto of 'We don't want love that kills,' we will no longer work with her," Sert said in a video on April 9, adding that they tried to explain the legal and health-wise consequences of her decision to Özek.

Femicides remain a major problem in Turkey, with hundreds of women getting killed or attacked by men each year.