The seventh stage of archeological excavations in the ancient city of Germanicia in Turkey's southeastern province of Kahramanmaraş has come to an end.

During the excavations, the remains of 1500-year-old architectural structures, baths, and a mosaic were found. The mosaic, measuring 50 square meters, features an open-air feast where three women are dancing to music, Demirören news agency reported on Jan. 31.

The director of Kahramanmaraş Museum Safinaz Acıpayam gave information about the excavations. She said that the mosaic was found as a continuation of a previously found mosaic in which there were hunting scenes. 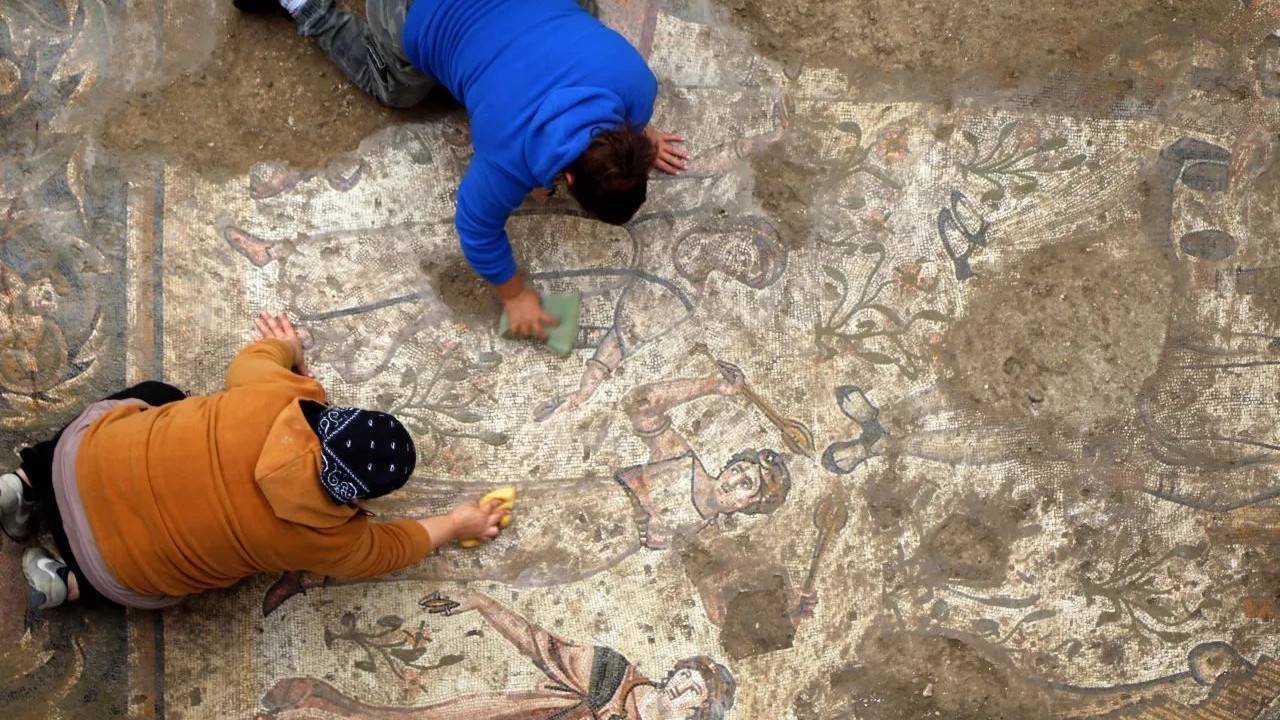 “We think the [newly discovered] mosaic probably describes an open-air banquet before the hunt was held. There are two couples sitting in the middle center and there are three women dancing accompanied by music. There is also the figure of a barefoot little boy climbing a fig tree,” she added. 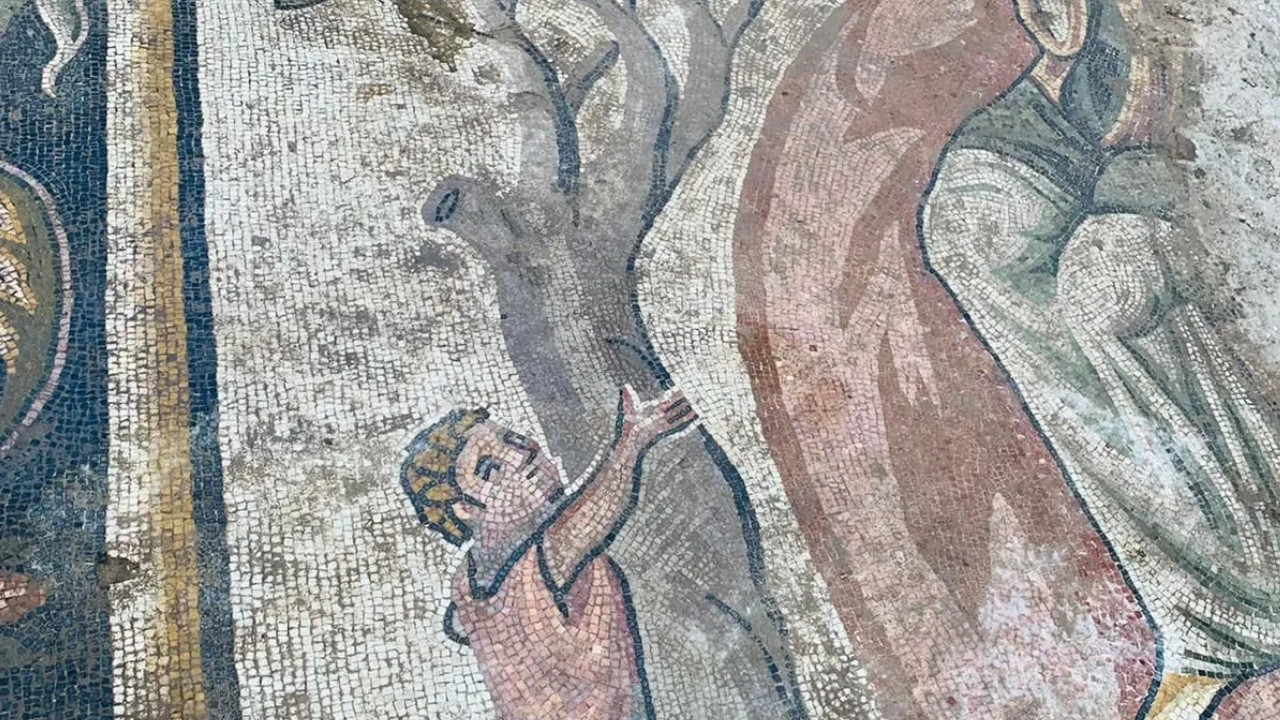 She said they are planning to open the area to visitation at the end of 2022 and that the excavations still continue where the mosaic was found.

The ancient city of Germanicia was unearthed as a result of illegal excavations in August 2007. 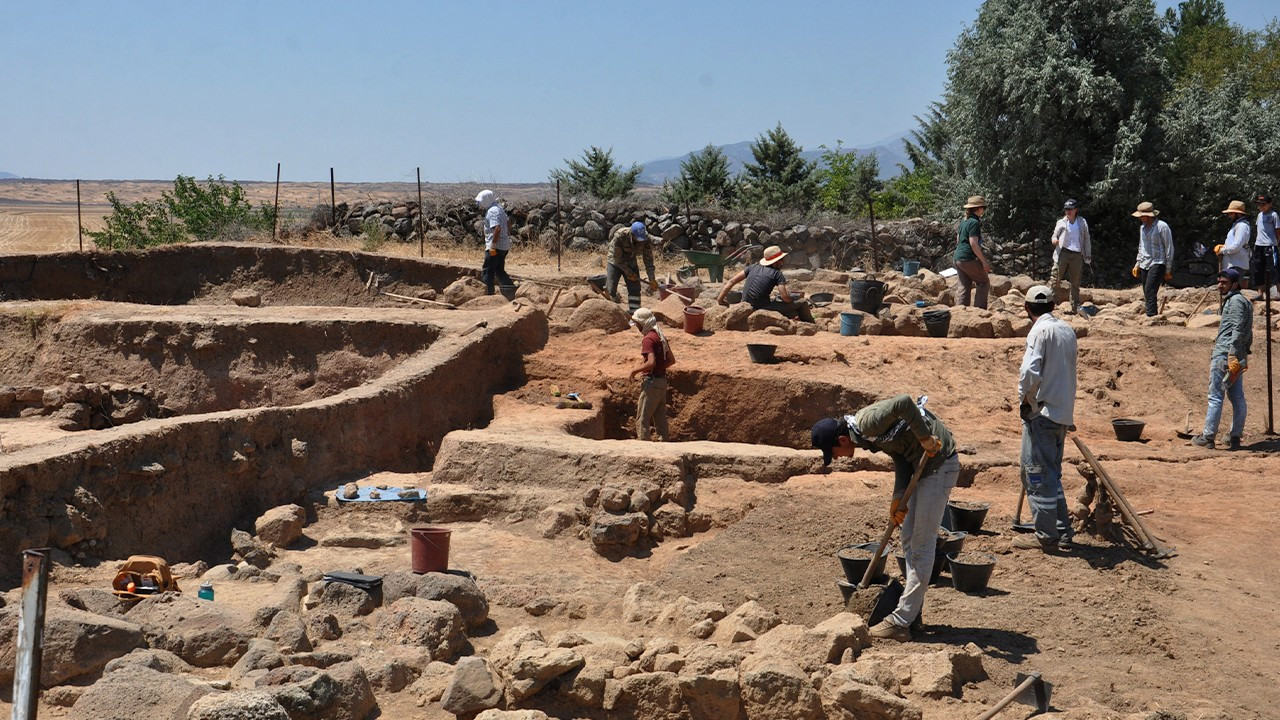 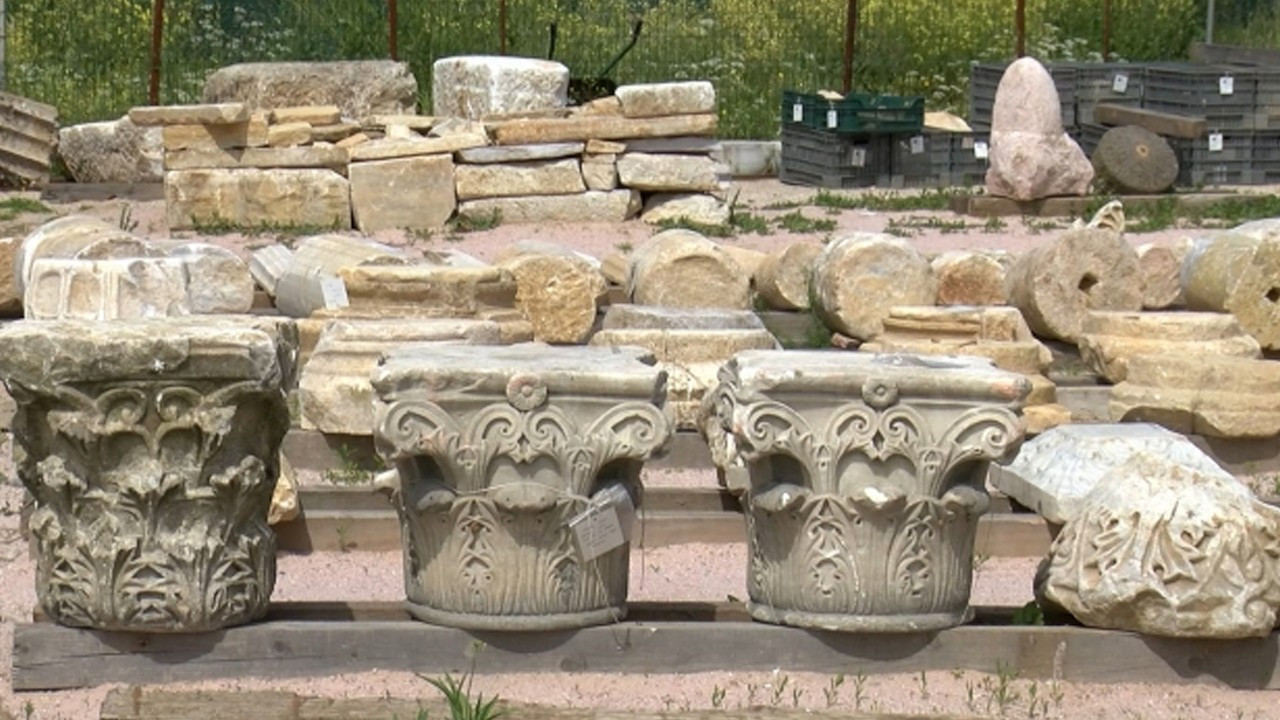 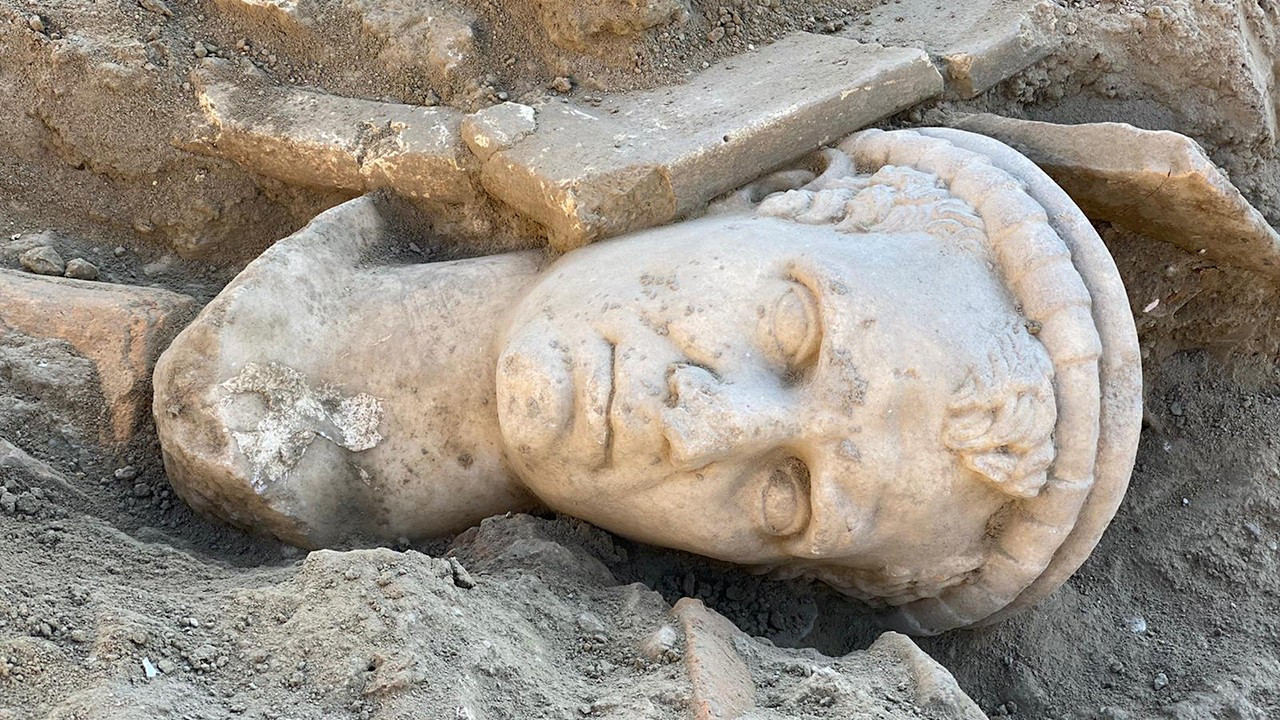