Turkish police will be allowed to use military gear, including heavy weaponry, and secret service equipment in "public incidents" and events concerning national security,  new legislation in the Official Gazette said on Jan. 7.

Turkish police already have a track record of using severe violence against the public across the country, with multiple protesters dying in the 2013 Gezi Park protests, as well as in day-to-day life in Turkey's majority-Kurdish southeast.

The legislation also closely succeeds violent clashes between Istanbul police and students on Jan. 4, where officers battered and teargassed demonstrators while detaining them for protesting President Recep Tayyip Erdoğan's appointment of a rector to their school.

The amendment cleared the path for the police, the military (TSK) and the National Intelligence Organization (MİT) to transfer all capital to each other without needing any additional procedures in a series of conditions.

"In incidents of terror, public incidents and violent acts that threaten national security, public order and safety," the police will be able to resort to resources of both the military and MİT.

Terrorism as a legal term has been expanded beyond the global definition of the word, with the accusation being used to prosecute, arrest and imprison critics of the government.

Ankara has sacked thousands of public servants on terrorism charges since the failed coup attempt of July 15, 2016 in mass efforts to "cleanse the state of coup plotters." 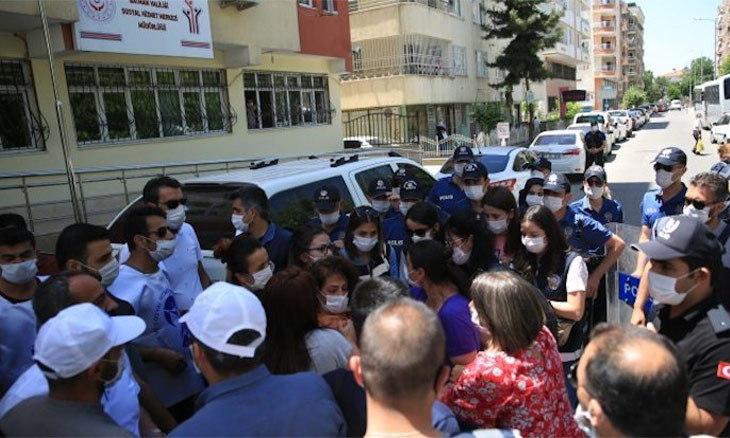