The Istanbul Convention, also known as Council of Europe Convention on Preventing and Combating Violence Against Women and Domestic Violence, is the gold standard of promoting gender equality and challenging gender stereotypes. Turkey became the first country to ratify the convention in 2012. Thus, the sudden decision to withdraw will have a variety impacts not only within Turkey, but also internationally.

“The decision to withdraw from the Istanbul Convention should be seen in the greater context of the rising oppression of the opposition in Turkey,” Dr. Alev Özkazanç, an Emeritus Professor of Political Science and Gender Studies at Ankara University, told Duvar English.

“It is clear that women and LGBTI+ in Turkey face a very uncertain and worrying time ahead; I am sure there will be resistance to these moves and struggle for a continuation of rights,” Christine Chinkin, Professor of International Law and founding Director of the Centre for Women, Peace and Security at the London School of Economics and Political Science, also told Duvar English.

Chinkin, who took part in the Istanbul Convention negotiations, expressed concern regarding Turkey’s withdrawal saying, “Withdrawal from a binding treaty in this way is very unusual and undermines the seriousness of legal obligations, the multilateral system, and the international rule of law.”

Despite the unusual nature of Turkey’s withdrawal, the government’s decision and subsequent justifications did not come as a surprise to all. “It was striking and really worrying for the implementation of the convention, but not a surprise after what we have seen in the last year,” Sara De Vido, a Professor of International Law at Ca’ Foscari University of Venice who has written extensively on the Istanbul Convention, told Duvar English.

In addition to the anti-gender and homophobic government rhetoric, religious groups and men’s rights activists have increased calls for withdrawal in recent years. The government heeded such calls, claiming that the convention’s inclusion of ‘all genders’ allowed it to be “hijacked by a group of people attempting to normalize homosexuality,” according the official statement released by the Presidency’s Directorate of Communications.

However, according to De Vido, the critiques regarding the convention are based on misconceptions about the content, as there is “nothing that refers to LGBT rights in the convention specifically.”

A post-withdrawal increase in anti-gender initiatives

“Anti-gender and pro-family policies have become some of the main pillars of the new Turkish authoritarian nationalist-populist regime,” Özkazanç stated, adding that “Anti-gender, anti-feminist, misogynist and homophobic tropes have been used to support and prove ‘the nativist and nationalist’ character of the authoritarian regime.”

Since the withdrawal, there have already been an increase in new initiatives and lobbying efforts to further the efforts of anti-gender movements beyond withdrawal. “Some more radical Islamist circles, religious leaders, and even public officials have already started demanding the abolishment of Law No. 6284 as well as the withdrawal from the Convention on the Elimination of All Forms of Discrimination Against Women (CEDAW) and the Lanzorete Convention,” Özkazanç stated regarding the domestic impact.

In the 12 hours following Turkey’s withdrawal from the convention, there were 6 women murdered, an increase from Turkey’s already-concerning average of 3 femicides per day.

Despite the recent increase in homophobic, anti-gender rhetoric from the government, the withdrawal by midnight decree still sent shockwaves through the international legal community.

“The reaction was one of worrying about the future of the Istanbul Convention, not because the convention cannot operate in the other 33 states, but because [Turkey] has decided not to be bound by those obligations. In Turkey, women’s rights might be further jeopardized,” De Vido stated.

UN Women was quick to release a statement condemning Turkey’s withdrawal. Additionally, the Biden administration, the EU Foreign Policy Chief, Amnesty International, and the Secretary General of the Council of Europe have all released declarations of their concerns about and opposition to Turkey’s withdrawal from its commitments to fight gender-based violence.

As far as how this withdrawal could affect international relations, the statements from international leaders and European institutions "might suggest that the EU will look at Turkey more carefully because it has withdrawn from a convention which the European Union considers fundamental,” De Vido said.

Özkazanç stated that the decision “will undoubtedly have a negative impact on Turkey’s foreign relations. Given the democratic implications of the Biden presidency at the international level, Turkey will likely face greater pressure.”

Turkey made ‘notable progress’ under the Istanbul Convention

Regarding the positive progress brought about by Turkey’s ratification of the Istanbul Convention, a 2018 GREIVO report stated that “legislative reforms have brought forward notable progress in terms of aligning the Turkish criminal legislation with the requirements of the Istanbul Convention […] but still a number of requirements of the convention have yet to be fully taken on board by the Turkish legislator and/or are not fully implemented in practice.”

The report also encouraged Turkey “to uphold its adherence to the principle of the gendered nature of violence against women as a means to continue to affirm its ‘ownership’ of the Istanbul Convention.”

‘A degrading and discrediting impact’

Although 34 European countries have ratified the Convention, 13 have not, including Poland, Bulgaria, Slovakia, Hungary, the UK, and others. According to Özkazanç, the “other countries will most likely be adversely affected by Turkey’s withdrawal.”

“Because the first signatory of the Convention has withdrawn, this move will have a degrading and discrediting impact and it will further encourage the anti-gender movements and regimes,” Özkazanç added regarding the other countries.

De Vido stated that there is a concern that Turkey’s withdrawal “might create a precedent. States that already have shown a certain reluctance with regard to implementation of the convention, they might think: Turkey has done it, so we can do that as well.”

“Other states have indicated [withdrawal as] a possibility,” Chinkin said.

Turkey’s women’s rights and LGBTI+ movements have faced intense backlash from the government in recent months, and, according to Özkazanç, withdrawal from the Istanbul Convention is likely to make the situation for such groups increasingly difficult.

“Post-withdrawal Turkey will present a real test of endurance for democratic actors, including women, human rights activists, feminists and LGBTI+, and activists,” she stated, adding that “anti-democratic pressures and resistance will certainly escalate.”

Özkazanç concluded by saying, “The fate of the Turkish people, including women and LGBTI+ depends on the question of whether they can come together to overcome the regime in the elections. The resistance and determination of women’s movements and LGBTI+ is a real source of hope for the future.”

It appears such resistance has already begun, as there were protests throughout Turkey immediately following the withdrawal. Additionally, because the European Council accepted Turkey’s withdrawal without questioning its legality, the Women’s Platform for Equality in Turkey, an umbrella organization of over 340 women’s and LGBTI+ organizations, has submitted an application to the Council requesting to appeal its decision.

Although Turkey’s withdrawal from the convention further limits options for those experiencing domestic violence, De Vido pointed out that “the withdrawal will not change women’s -- who have exhausted domestic remedies -- ability to file a complaint with the European Council of Human Rights (ECHR). Women will still have the option to file complaints against Turkey in front of the ECHR and the council can still play a role in the protection of women from violence.” 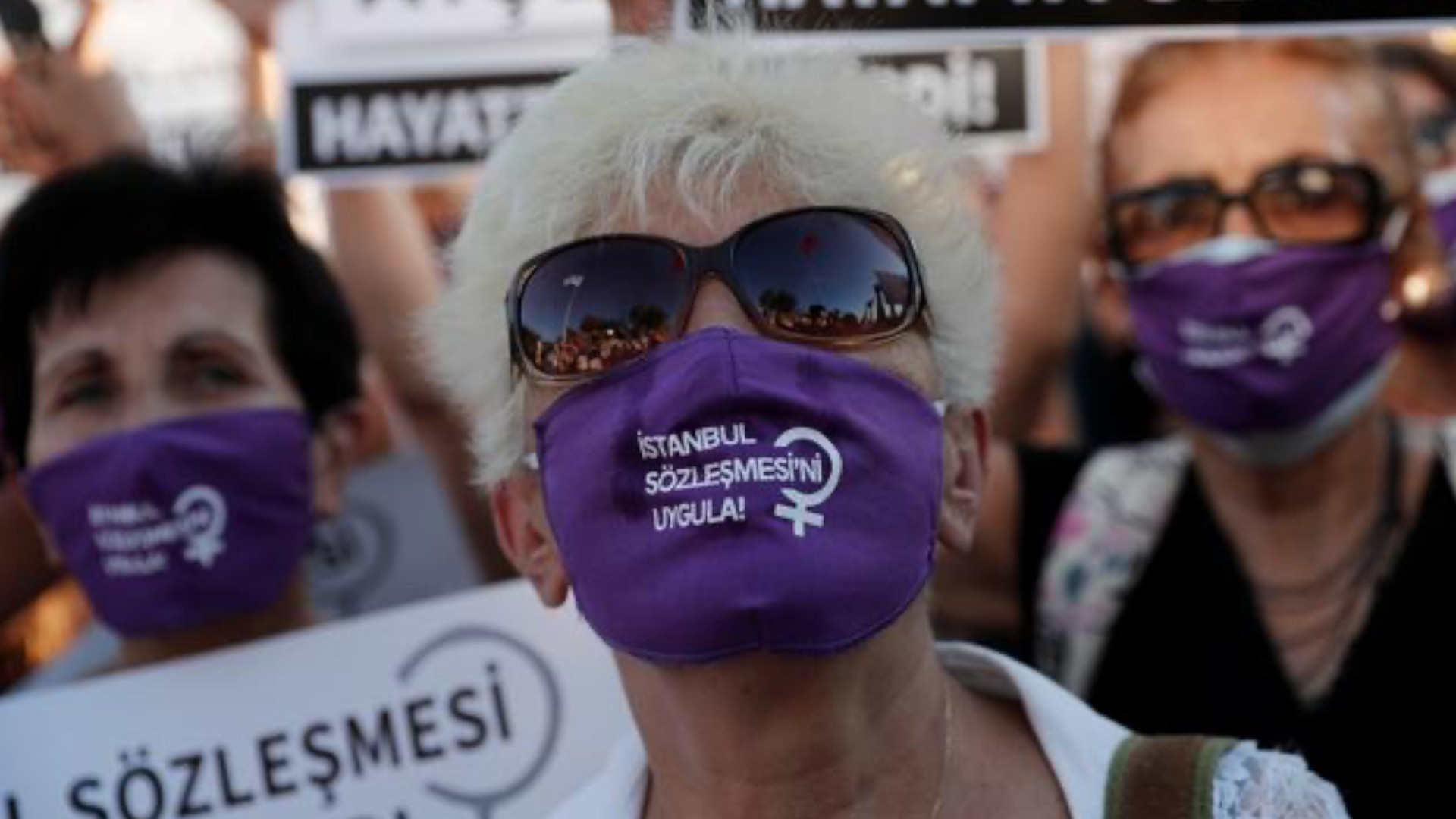 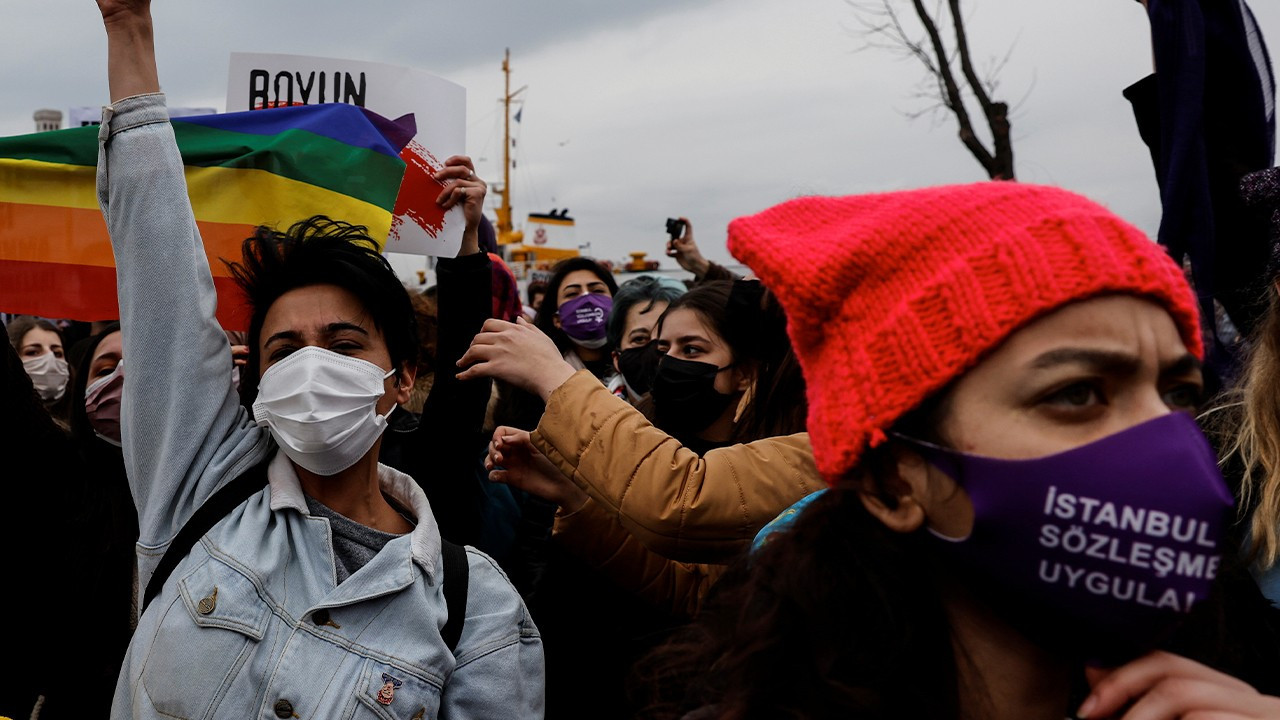