An armed attack on opposition Future Party deputy leader Selçuk Özdağ has raised tensions in Ankara as the assault is believed to have been carried out by members of the Gray Wolves - a far-right ultranationalist group that's the militant wing of the Nationalist Movement Party (MHP).

Özdağ, journalist Orhan Uğuroğlu and lawyer Afşin Hatipoğlu were assaulted on Jan. 15, with the assailants involved in the attacks on Özdağ and Uğuroğlu reportedly being the same.

Right after the armed attack on Özdağ, MHP deputy leader Semih Yalçın added fuel to the fire by saying that the Ülkücü movement - the Gray Wolves - have a lot of lunatics within them, in a veiled confirmation that the attacks were carried out by the group.

"This movement has a lot of lunatics within it. They don't listen to orders," Yalçın, who has previously called the Peoples' Democratic Party (HDP) "a flock of insects that needs to be killed," told a pro-government journalist on Jan. 16.

The fact that the attack on Özdağ took place a couple of days after he criticized the MHP and engaged in a row with Yalçın is chilling, considering the notorious past of the MHP and Gray Wolves. The group has killed leftists, Kurds, Alevis and minority groups in Turkey in the past, often acting as a force of the state. The group was recently banned in France following attacks on Armenians in the country.

One of the most well-known crimes committed by the group is the Maraş massacre. Over one hundred Alevis in the southern province of Maraş were killed in 1978.

Another is the Bahçelievler massacre, which is when the Gray Wolves killed seven leftist university students in Istanbul.

The group is also known for attacking those criticizing MHP leader Devlet Bahçeli. MHP deputy Erkan Akçay last year went as far as to praise an attack on author İsrafil Kumbasar by sharing a picture of his battered face.

"I don't like Özdağ and I don't hide it, I state it openly. I have nothing to do with these attacks. I have no knowledge of them and it's impossible for me to have," Yalçın told a pro-government journalist.

According to Yalçın, he was deeply offended by Özdağ's criticism of Bahçeli.

"I replied to him because of this. My wording is harsh, but I don't pick on anyone out of nowhere. What does an exchange of words have to do anything with the attack? Would a person planning an attack say it beforehand?" Yalçın said.

"Violence is definitely a wrong and illegitimate method. I'm against this attack. We have nothing to do with violence. The youth belonging to the Ülkücü movement is not out on the streets anymore. The group is filled with culture and wisdom," he added.

Özdağ on Jan. 16 responded to Yalçın's remarks on Twitter, saying that the deputy shouldn't trust his lunatics.

"Those who live in their comfortable houses shouldn't trust their lunatics who throw rocks at other people's houses because one wise person can handle a thousand lunatics," Özdağ said.

'Erdoğan would be promoting these attacks if he stays silent'

Also on Jan. 16, Future Party leader Ahmet Davutoğlu asked where the perpetrators are.

"The statements by the ministers don't satisfy us. The President should come forward and say, 'This is an act of terror, it won't go unpunished.' He would be promoting these attacks if he stays silent," Davutoğlu said.

Later in the day, Özdağ said that Erdoğan called him and asked how the attack took place.

"He called me but he didn't inform me. He asked who pulled the trigger, said 'good night' and hung up," Özdağ said.

Condemnations from the AKP fall short of decreasing tensions

Officials from the ruling Justice and Development Party (AKP) condemned the attacks, although it fell short of decreasing tensions.

"I wish speedy recoveries to Selçuk Özdağ, Orhan Uğuroğlu and Afşin Hatipoğlu and I condemn the attacks. The perpetrators will be brought to account," Justice Minister Abdülhamit Gül tweeted on Jan. 15.

Presidential Communications Director Fahrettin Altun said, "Our state is the guarantee of democracy and the freedom of thought."

AKP Group Deputy Chair Bülent Turan was another official to condemn the attacks, saying that "fights and threats can't be the language of politics."

Ankara police on Jan. 17 said that two people were detained in relation to the attack on Özdağ.

Separately, CHP deputy Utku Çakırözer said that five journalists were subjected to attacks in the past 15 days.

"Some 34 journalists were attacked in 2019 and 17 in 2020. These attacks will continue if the policy of impunity continues," Çakırözer said, adding that journalists İzzet Tınmaz, Murat Uçkaç, Kıymet Sarıyıldız, Hatipoğlu and Uğuroğlu were attacked in the first days of 2021.

"We need to stop this grave course of events. The government needs to stop threatening politicians and target journalists," he said. 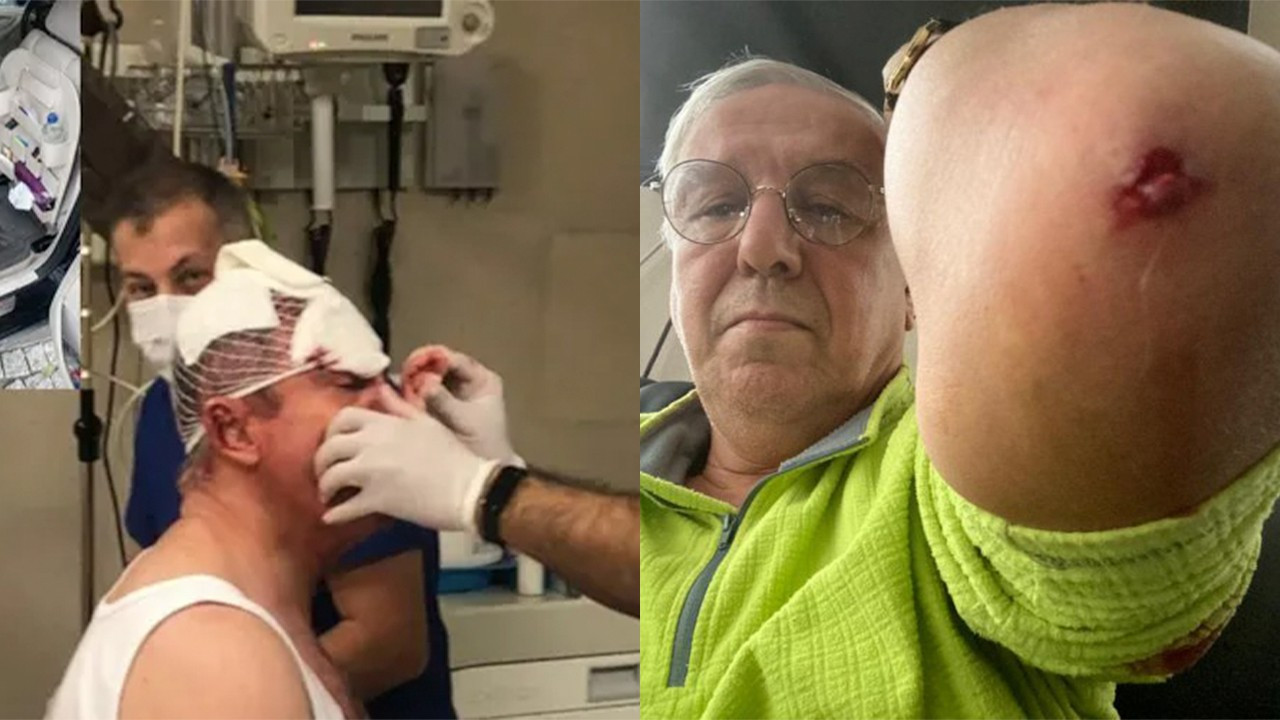