An airline flight attendant endured the most difficult weeks of her life. In the midst of an pandemic, no precautions were being taken. For for the purpose of uniform integrity, the only preventative measure that was provided were transparent gloves that are typically used while kneading dough. She is already tired of her job and the priority of serving passengers over safety. Though this is an occupation that is well-acquainted with the risk of contracting a virus, this crisis has brought on new reflections about her career.

"I'm a head flight attendant, and I've worked for the same company for almost ten years. Precautions against the pandemic came late to Turkey and to other parts of the world. Here in particular, despite having seen what was happening in Italy, somehow actions were not taken. Around then, we were boarding flights and we were very scared. How can I explain those days to you...We spent the end of February to the middle of March living in a nightmare. They were even late in allowing us to wear gloves. Why? Because we needed to protect the integrity of our uniforms. When we wanted to wear masks, they made comments about how the passengers would think that we were sick. I mentioned gloves but do you know what kind? You know those transparent kitchen gloves used for kneading though? Those ones. Me and many other coworkers could not deal with this and went on unpaid leave. After flights to and from China and Iran were halted, the company saw that this was going to be a financial hit and said that those who wanted to could be put on unpaid leave.

Our biggest problems are the psychological issues that we cannot bring up. They were there before the virus. This can't be labeled as a fear of flying because those afraid of flying cannot do this job, but subconsciously you are aware that you are thousands of feet in the air and are taking a risk. The feeling of responsibility is normally a serious source of stress. When the virus is added, you began to question everything differently. During my flights in the middle of March I asked myself “what am I doing?” Why am I taking this risk. Think of a plane as a small tube: together with the passengers you are in a small tube with a limited ventilation system. Are thousands of people forced to die? This is what I kept thinking. Is there anything more important than life? 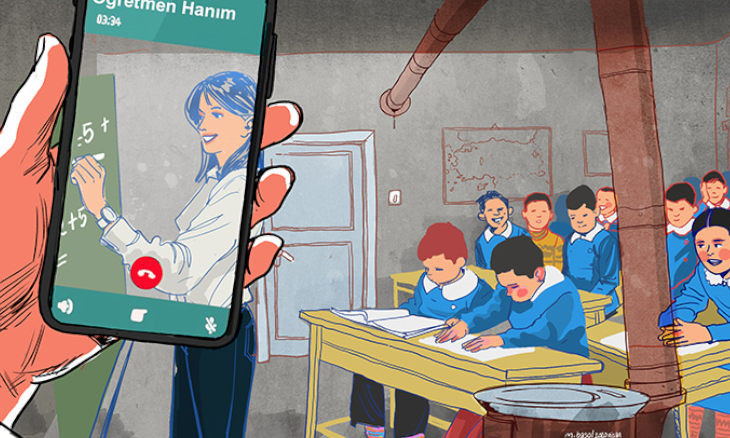 Whether you call us a hostess or a cabin crew member, we are people working with the responsibility for the safety of the passengers and ourselves.  While we take off with the principle that safety is first, we realize this remains just a theory amid our busy routines. “Safety first” hasn't been practiced for a long time. All of the companies in the airline sector have the same problem; the service workload coupled with the whims of the passengers and the pressure resulting from favoring the passengers no matter what.

There is such a heavy workload on short flights to cities like Belgrade and Milan that sometimes you can forget about safety. The competition between companies has caused this and it has increased in recent years. Of course we are cheerful to the passengers, but during busy service times, seeing an abnormal situation in the cabin and doing what is necessary is more important. The head flight attendants are most worried about accounting for service, and pressure is put on flight crews based on this. I see it different, everything can be accounted for but you can't put a price on safety.

One the other hand, flight attends really like their jobs, because there are different, pleasant sides to it, you cannot compare it to another sector. Even if we have lost many rights, we stayed, because flying and the overnight duties and life experience it brought outweighed it all.

But together with the virus I began to question things. Should we be flying regardless? No, our lives and our health comes first and the rest later. They brought us to a state where we had forgotten about our lives.

I remember when there were planes with people returning from performing the Umrah, boarding one of those planes created major anxiety within me. You learn about the flight that you will board one day in advance, and I waited in fear. There were coworkers who were on those flights. On one hand it's an obligation, the company didn't cancel the fights, this is your job and it is very tough. While the situation is like this at a big company, who knows what is going on at the smaller airlines. 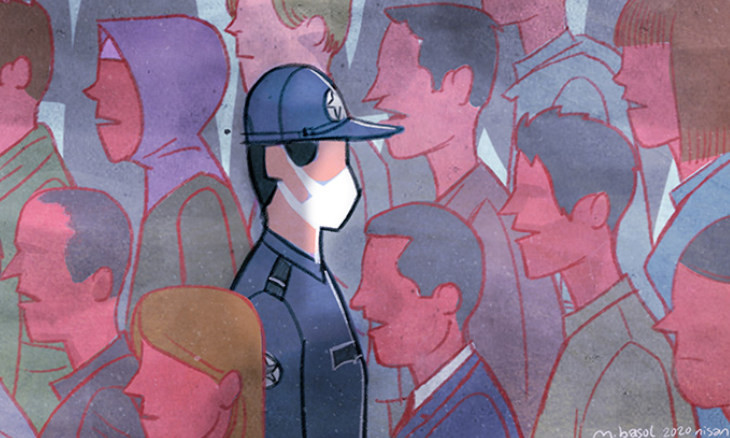 I thought about it, initially I didn't want to but now I want to say that I work at Turkish Airlines. Please don't leave out this part, I absolutely want it to be heard. The pandemic had started, people were dying, and the decision was made, and your coworker is going to bring back the pilgrims. In this type of situation as the head of cabin services, how can think about uniform integrity? Whether it's blue, white or pink gloves, whatever. But no, transparent ones! For what reason are you doing this? Before all the flights were halted, there were a number of flights bringing back citizens from abroad, and only then was the cabin crew allowed to wear protective gowns. It's not the virus, but our lack of trust in the head of cabin services at Turkish Airlines that is the problem.

The cargo planes have not stopped, and cargo transportation is being carried out with passenger planes. For the safety of the front and rear ends of the cabin, flight attendants are still on board, and are still flying over night. Yet somehow when you are staying somewhere not all of your meals are covered. Are you going to go hungry? You need to go outside. There are many destinations for these cargo planes such as Bişkek in Central Asia and Dakar in Africa. Ok, there are no passengers but you are staying in another country. When my unpaid leave runs out I might end up boarding these flights. Frankly, I may be able to extend it for one or two months, at the moment I am exempt from my rights but I'd rather stay home than live through this fear. Fortunately I have the support of my husband. I have friends who are single or who don't have support from their family, and they will be required to go back to work. Typical savage capitalism, someone can only deal with one month of unpaid leave. Sure, there's the virus outside but there is hunger indoors.

What will happen in three months? I dont know. Things will go where they will go. We will get used to the virus, my questioning will not be over but it will decrease, I will definitely return one day. Of course the sector will in no way be like the old days. People will continue for awhile on their own quarantine, first they will need to forget about fear, and change some habits. Planes will fly but will there be passengers? This is why there is the fear of losing our jobs. Our sector is among those that has taken the hardest hit, tens of thousands of people are worried about being laid off if the sector cannot recover. If the recovery takes two or three years, they could embark on a policy of laying people off. By accepting to go on unpaid leave we protected ourselves, during that time we removed the financial burden we had on the company. We want the source of our income to stay afloat, and if necessary we will stand beside the company. But we are not in favor of some of the decisions made by management. Serious misconduct may take place, and they may try to think about how they can even further strip the rights away from workers.

Prior to corona we were those closest to viruses. There was Ebola and Zika. A coworker caught malaria in Africa but because there is no malaria here they couldn't be diagnosed and died three years ago. We've always been aware of this risk. You'd say that I have to be mentally prepared. It's not like that at all. This is like nothing before, corona is everywhere." 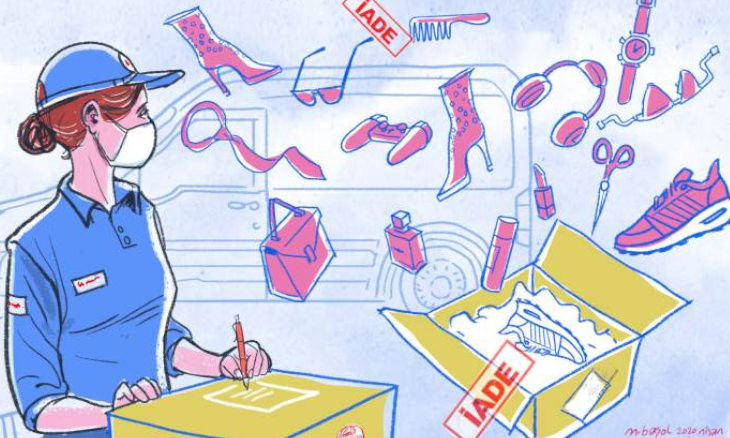