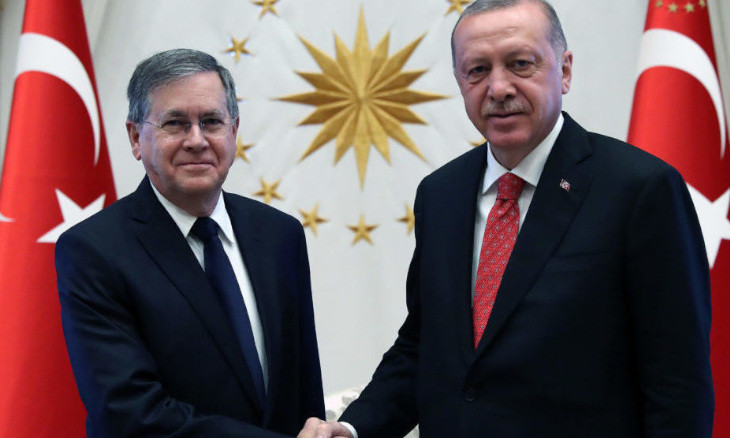 Presidential spokesperson İbrahim Kalın has said that Ankara is loyal to its agreement with Russia on the S-400 missile defense systems, adding that there were delays because of the coronavirus (COVID-19) pandemic.

When asked about the process on the activation of the S-400s, Kalın said, "Things are going like they were planned."

"There were delays because of the coronavirus but in principle, we're loyal to our agreement on S-400s just like we were previously," Kalın said in an interview with France 24 on May 26, adding that Turkey is open to negotiations with the United States if it agrees to send Patriot missiles.

Ankara's purchase of the S-400s from Russia has been the source of a conflict between Ankara and Washington, which says that the system is incompatible with NATO systems.

Turkey argues that it had to turn to Russia for the defense systems, since Washington was not selling Patriot missile-defense batteries to Ankara.

The administration of U.S. President Donald Trump has refused to agree to sell the missiles unless Turkey first scraps S-400s.

During the interview, Kalın also commented on the ongoing conflict in Libya, saying "We believe that anyone who is still supporting Khalifa Haftar is on the wrong side in the Libyan conflict."

He noted that Haftar's supporters should realize he is not a reliable partner in Libya.

While Turkey supports the Government of National Accord (GNA) in the North African country, Russia, Egypt, Jordan and the United Arab Emirates back Haftar.

"Turkey sent some advisors to help them [Libyan government] to bring a degree of balance to the conflict," Kalın said, while reiterating the need for a political solution in the country.