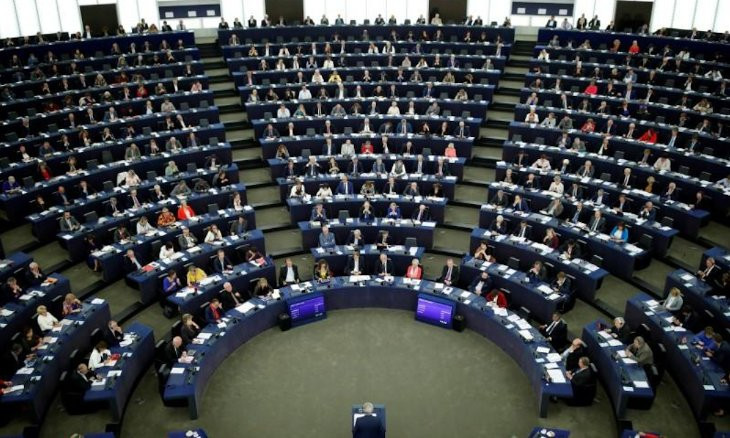 Turkey on July 14 rejected EU condemnation of its decision to convert Istanbul's Hagia Sophia into a mosque.

“Turkey rejects the words of condemnation used by the EU for turning Hagia Sophia back into a mosque,” Foreign Minister Mevlüt Çavuşoğlu said during a meeting with his Maltese counterpart.

“In Spain there are some mosques which were turned into churches,” he added, referring to EU member Spain’s eight-century Moorish heritage.

On July 10, a Turkish court annulled a 1934 Cabinet decree that had turned Hagia Sophia into a museum. Declaring the building a mosque, President Recep Tayyip Erdoğan said prayers would be held there within two weeks, in a move that drew international criticism. 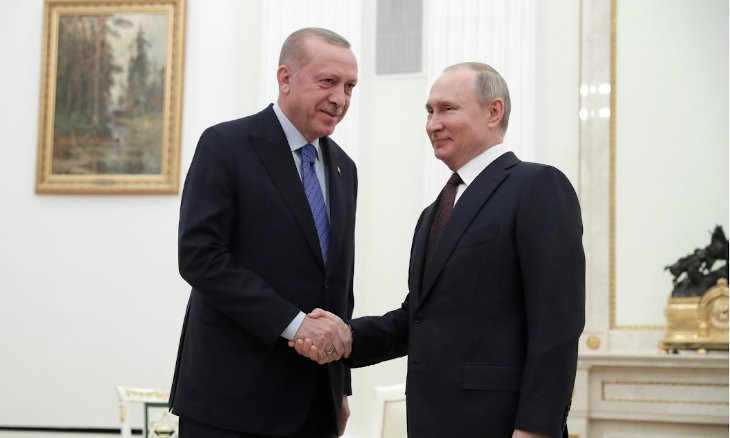 Kremlin: Erdoğan gave assurance to Putin that Christian relics at Hagia Sophia will be preserved

Turkey has also slammed "outside attempts to judge its decision" on Hagia Sophia, saying they are attempts "to violate its sovereignty over an internal Turkish matter."

Greece says Turkey is being 'petty' over Hagia Sophia

President Recep Tayyip Erdoğan's move to switch the status of Hagia Sophia to a mosque has struck a raw nerve with many Greeks, who revere the sixth century building as a focal point of their Orthodox Christian faith.

Greece, whose relations with Turkey are fraught with historical tensions, says the matter is not a bilateral dispute. 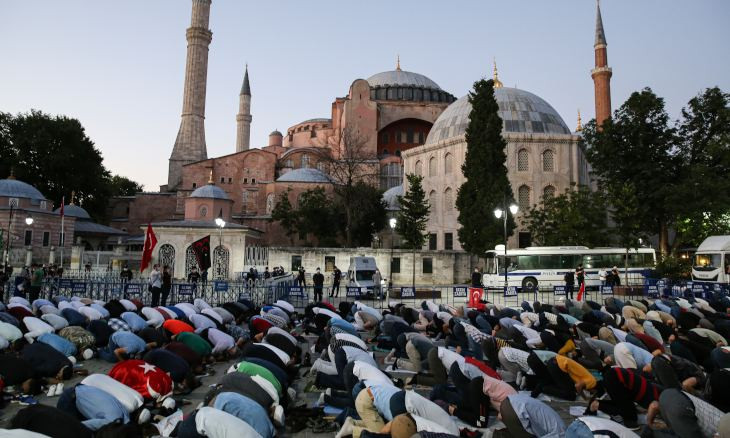 "With this backward action, Turkey is opting to sever links with western world and its values," Greek Prime Minister Kyriakos Mitsotakis said.

"Confronted with this unnecessary, petty initiative from Turkey, Greece is considering its response at all levels," Mitsotakis said, in a reference to Hagia Sophia.

Relations between Greece and Turkey are often tense over Cyprus, divided between its Greek and Turkish Cypriot populations.

Moves by the island's Greek Cypriot-led government to explore for offshore natural gas have been countered by Turkish attempts at gas exploration in the same areas.

"Europe should once and for all draft a specific list of actions, and sanctions against a country which seeks to be a regional troublemaker, and which is evolving into a threat to the stability of the whole south-east Mediterranean region," Mitsotakis said.