Turkish Presidential Spokesperson İbrahim Kalın has said that the country is the target of "black propaganda" in the Nagorno-Karabakh conflict.

"It's apparent that Turkey's stance bothered some people and they turned the issue into black propaganda against Turkey out of fear," Kalın said on Oct. 4 when asked about Armenia's remarks on Turkey being a part of the conflict.

Saying that Turkey has military cooperation with Azerbaijan for years, Kalın noted that it's not surprising for Ankara to provide support to Baku.

The spokesperson was also asked about French President Emmanuel Macron's claims that Turkey sent Syrian jihadists to Azerbaijan, to which he responded by saying that "black propaganda" began when Azerbaijan started responding to attacks.

"These are the strategies to divert attention from the actual issue of occupation. Our presence there is within the scope of our military agreements and that's not new," Kalın said. 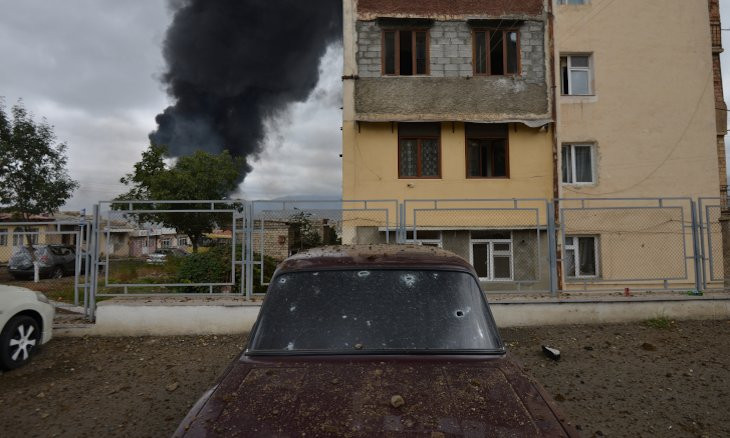 He also said that a phone call held between Macron and President Recep Tayyip Erdoğan "went well in general," while deeming the French leader "a boxer who tries to throw punches way over his weight."

"He does this with other world leaders as well, but our president keeps things in line via giving the necessary answers every time," Kalın said.

While refuting accusations that Turkey sent jihadists, Kalın noted that Turkey has been putting forward "the strongest fight against radical terrorist groups."