Turkey rejected "superficial" demands for a ceasefire on Oct. 3 in the South Caucasus, where it backs Azerbaijan, after a week of fierce fighting with ethnic Armenian forces in the breakaway Nagorno-Karabakh enclave.

While Russia, the United States and France have called for an end to hostilities, regional power Turkey has staunchly supported the Azeris and has repeated that what it called Armenian "occupiers" must withdraw.

Armenia said on Oct. 2 it would work with the three big powers toward a ceasefire. But Turkish President Recep Tayyip Erdoğan has said they should have no role in peacemaking and on Oct. 3 said Ankara backs the "oppressed" in the South Caucasus.

Turkish Foreign Minister Mevlüt Çavuşoğlu told Italian newspaper La Stampa that Russia could play an intermediating role in a ceasefire "only if it is neutral." Istanbul Armenians fear for their safety amid Armenia-Azerbaijan conflict

"Superficial demands for an immediate end to hostilities and a permanent ceasefire will not be useful this time," he said.

Moscow has a defense pact with Armenia, but also good relations with Azerbaijan.

Nagorno-Karabakh, where ethnic Armenians are the vast majority, said on Oct. 3 that 51 more service personnel had been killed in the war with Azerbaijan, a sharp rise in the death toll from a week of fierce fighting. 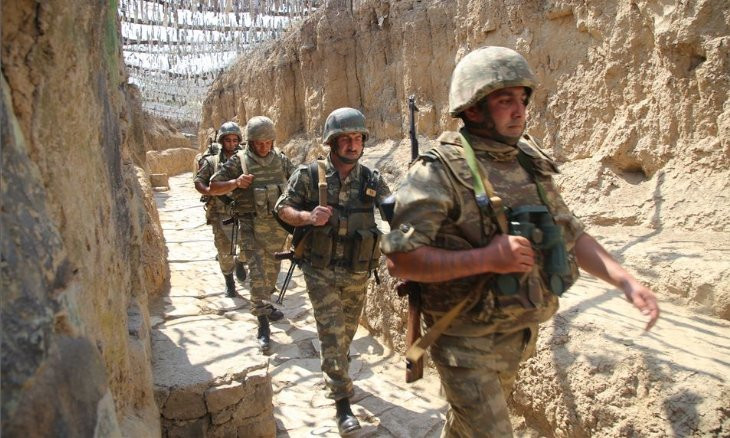