Police on Aug. 18 midnight tore down the Istanbul Metropolitan Municipality's posters informing citizens about the Kanal Istanbul project, which seeks to carve out an artificial shipping canal on the outskirts of the European side of the city. 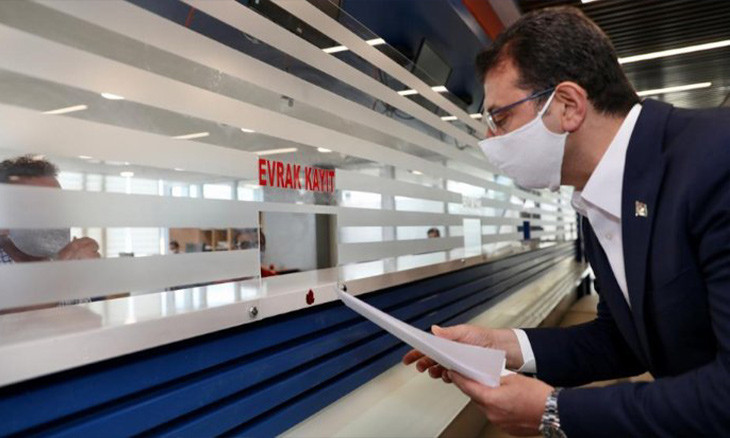 The posters reading “Either Kanal or Istanbul” were hung at the overpasses for which the municipality have the right of usage.

“Our posters on Kanal Istanbul project, which will bring irreversible damages and a great destruction, have been unlawfully taken down,” İmamoğlu said on Aug. 19.

“Unfortunately a handful of people are now doing whatever they want, even without needing the judiciary's decision. Unlawfulness has become the country's biggest problem...Although I told the governor yesterday afternoon that the posters will be changed on Friday, without even being able to show tolerance for 24 hours, our police have been made to tear down the posters,” İmamoğlu said.

Kanal Istanbul is referred to as as President Recep Tayyip Erdoğan's “crazy project.” Although environmentalists and experts have been warning that that the ambitious project will lead to disastrous environmental consequences, the government is still insistent on it.