The Turkish Statistical Institute (TÜİK) revealed that both unemployment and employment had decreased from a year ago in July, revealing inconsistencies in its definition of labor statistics once again.

Excluding unemployed workers who stopped their active job search out of despair, the TÜİK data said that the number of those above 15 and out of work had decreased by 369,000 workers from July 2019, reaching 4,227,000.

Meanwhile, seasonally adjusted unemployment saw a 0.5 percent drop to reach 13.6 percent, some 4,207,000 workers out of jobs.

In direct contradiction to a drop in unemployment, the number of those unemployed also decreased by 1,254,000 workers to reach 27,263,000; while the rate of employment dropped by 2.9 percent, reaching 43.5 percent.

One statistic that may explain the simultaneous dip in the number of workers who are both working and unemployed is the shrink in the labor force, as a result of TÜİK's exclusion of unemployed workers who stopped looking for employment out of despair.

TÜİK reported a contraction of 1.62 million people in the workforce from July 2019, leading to a drop of 3.5 percentage points in the workforce participation rate, measuring at 50.3 percent.

Youth unemployment measured at 25.9 percent after a 1.2 percent drop, while the youth employment rate also dropped by 4.5 percent to reach 30.4 percent. 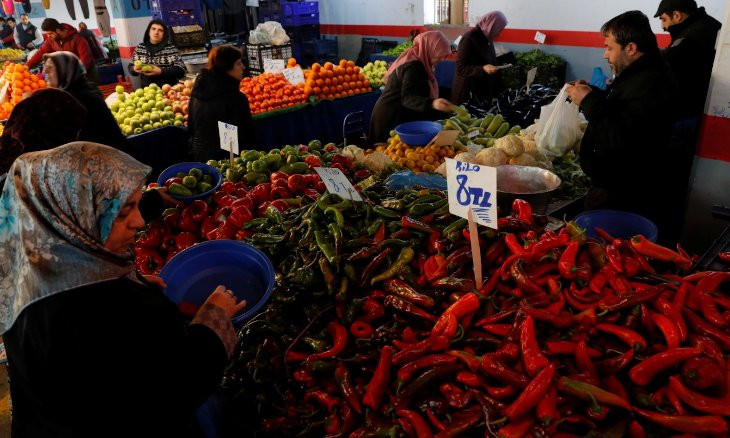 The service industry saw the largest loss of workers from a year ago in July with some 761,000 employees leaving the workforce.

While the service industry took the biggest hit in the past year, it still constituted 54.9 percent of employment. Agriculture made up 19.4 percent of employed workers, 19.6 percent was in industrial production and a mere 6.1 percent in construction.

Meanwhile, some 32.7 percent of those employed in Turkey are working illegally.