I wrote previously that Turkey is not an issue in the upcoming German elections on 26 September 2021. The same can be said of migration, integration, and Turks or Muslims in Germany. The Turkish Community in Germany, the TGD, is criticizing the lack of attention regarding the migrant communities in Germany. Its chairperson Gökay Sofuoglu told the German Press Agency: “I see that the parties - with the exception of the Greens - are very cautious right now when it comes to the topic of migration and shaping the immigration society.”

Four years ago, this situation was very different. The 2017 elections happened shortly after roughly one million Syrians had arrived in Germany. Comparing 2017 to today, it is rather positive that this issue is not among the top issues for the upcoming elections. Seldom are issues like migration, Turks/Muslims in Germany, and integration being debated with the necessary seriousness and sobriety. After 2015 this topic polarized society, helped the AfD to grow from an anti-Euro party to a right-wing extremist party, riding successfully the wave of racism, xenophobia, and anti-immigrant policies.

The legacy of this period, according to the “Mediendienst Integration” is that “for all parties, migration issues are primarily about 'flight and asylum'. Labor or educational migration, which makes up the largest part, is comparatively rarely an issue.” Most issues of importance for immigration and integration are located in the interior ministry, where the focus is on domestic security. That's why migration associations keep bringing up the idea of a ministry for immigration and integration. According to a recent survey, however, only Green (96 percent) and Die Linke (left) candidates (90 percent) are in favor.

Around 7.4 million people with an international background and a German passport are eligible to vote on September 26. That is twelve percent of all eligible voters. The initiative “Dein Almanya” (Your Almanya) has identified 460 candidates who could make the Bundestag more diverse, many of them with migrant background. Even though entry into the Bundestag will depend on the exact election results, it can already be said that the new Bundestag will be the most diverse ever. This is also due to the fact that not only the center-left parties have migrant candidates, but also increasingly the CDU and the FDP, for which this time German-Turks will enter the Bundestag, which is not the case in the current Bundestag.

For the CDU, Ali Ertan Toprak has a good chance to enter the Bundestag, who is on list place 12 in Hamburg. Toprak was active in the Alevi Community and is currently the Federal Chairman of the Kurdish Community in Germany. It is almost certain that Serap Güler will enter the Bundestag for the CDU from North-Rhine Westphalia, where she is on list place 8. Güler is currently a member of the CDU federal executive and deputy chairwoman of the CDU Cologne.

The FDP has a number of candidates with a Turkish background, but only Gökhan Akkamış, on list place 3 in Bremen, has a real chance of winning a seat in the Bundestag. Akkamış is only 23 and active in the youth organization of the FDP.

For the SPD, Cansel Kiziltepe will definitely re-enter the Bundestag, as she is on the safe list position 2 in Berlin and is also the direct candidate for the district of Friedrichshain-Kreuzberg, where she was born and raised. Kiziltepe is one of the better-known members of parliament of Turkish origin and has been in the Bundestag since 2013. Lawyer Macit Karaahmetoğlu, who is ranked 14th on the list in Baden-Württemberg, has a very good chance of entering the Bundestag. Karaahmetoğlu was born in Rize and came to southwestern Germany as a child. In the 22nd place in the same state is Takis Mehmet Ali, whose ancestors are part-Greek from Istanbul and immigrated to Germany in the 1980s, hence the Greek-Turkish name. In addition, Selin Ece Arpaz, who is on the 3rd position in Bremen, Tuna Firat, who is on the 13th place in Hesse and Gülistan Yüksel, who is on the 22nd position in North Rhine-Westphalia, still have good chances of winning a seat in the Bundestag.

For the Greens, the best-known German-Turkish MP, Cem Özdemir, is sure to re-enter the Bundestag, as he is on the 2nd position in Baden-Württemberg. Özdemir was first elected to the Bundestag in 1994. In the meantime, he was also an MP in the European Parliament, chairman of the Greens and in the past even traded as a possible foreign minister. That is no longer the case, but since it is assumed that at least one migrant will become a minister in the new cabinet, Özdemir could get a ministerial post, but not the foreign ministry, rather the transport ministry. Also certain to be in the next Bundestag is Filiz Polat, who heads the Green Party list in the state of Lower Saxony. She has been a member of the Bundestag since 2017 and is the parliamentary group's spokeswoman for migration and integration. Also certain to be in the Bundestag will be Ekin Deligöz, who stands at position 3 in Bavaria. Deligöz was born in Tokat and came to Germany as a child. Deligöz has been a member of parliament already since 1998.

The Left (Die Linke) traditionally have many migrant candidates. Many of those with a migrant background in Turkey are of Kurdish origin. Gökay Akbulut, who has been in the Bundestag since 2017, is on the 2nd place of her party in Baden-Württemberg. She describes herself on her homepage as Kurdish-Alevi and was politicized while working in Kurdish associations. Sevim Dagdelen, who has been in the Bundestag since 2005, will also re-enter the Bundestag in the 3rd place on the list in North Rhine-Westphalia. Dagdelen is currently the chairwoman of the German-Turkish parliamentary group and the main reason why the AKP boycotted the parliamentary exchange with this group. Dagdelen is a red flag for the Turkish government, which accuses her of supporting terrorist groups.

Behiye Uca, who is in the 7th place in Lower Saxony, also has a good chance of entering parliament. Behiye is the sister of Feleknas Uca, who once represented the Left in the European Parliament and is currently an HDP deputy in Turkey. The Ucas are Ezidis from Celle, the largest Ezidi town outside their original settlement area. In Bremen, the candidates Cindi Tuncel on the 2nd position and Medine Yildiz on the 3rd position have good chances of being elected. In Berlin, Helin Evrin Sommer, who has been in the Bundestag since 2017, has very good chances of being re-elected as she is 5thon the list. Sommer, a Kurdish woman, was born in Varto and came to Germany as a child. In addition, of those who still good chances of becoming MPs are Ates Gürpinar, who is in Bavaria in the 4th position and Ecevit Emre, who is in Baden-Württemberg in the 8th position.

Therefore, some 20 MPs with a background in Turkey will be MPs after the 26 September elections. With this, more than 2 percent of all MPs will be German-Turks. With this, the German parliament is far from being as representative as the German national soccer team, but the trend is positive. German elections and Turkey - Part 1: What do the party programs say?World 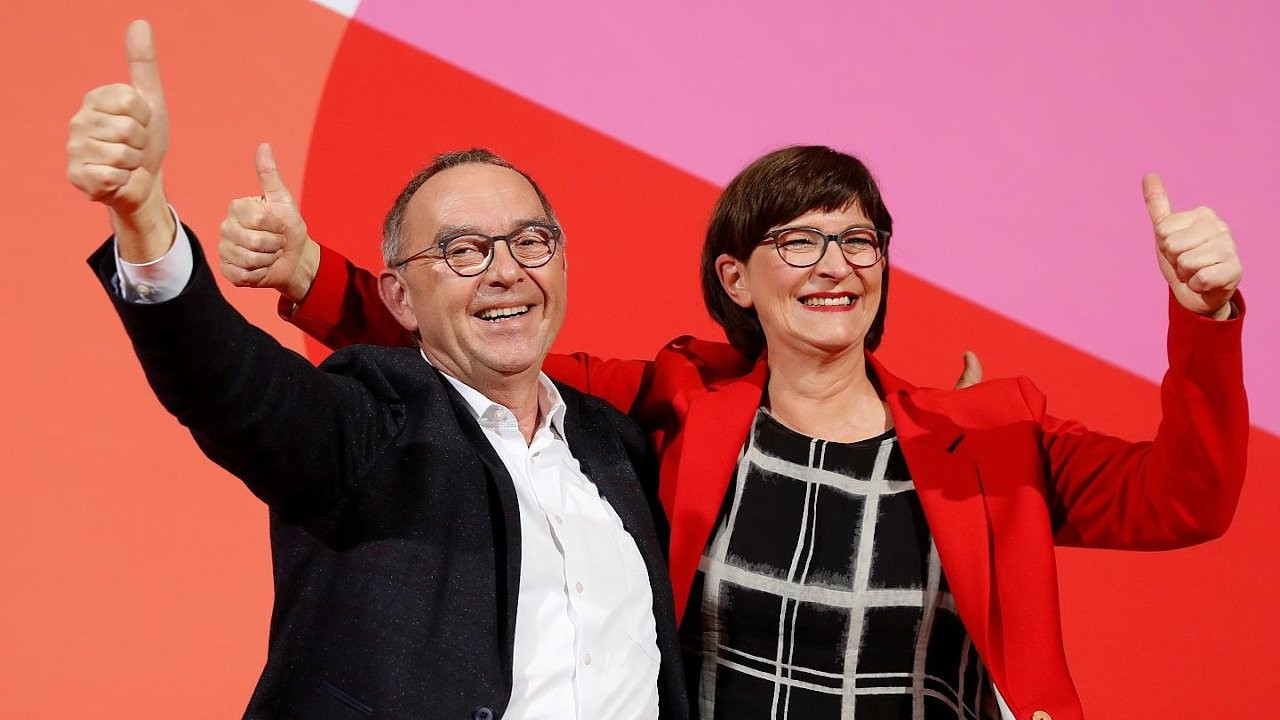