The Istanbul Film Festival is celebrating its 40th anniversary this year. Well, there’s no celebration, but that’s fine. Under pandemic conditions, it is the best activity that could be organized. This institution, which has made a great contribution to Turkey’s cinema and contributed to the development of countless cinephiles and filmmakers, deserves every kind of celebration in its 40th year. I’d like to send my congratulations to Azize Tan, Kerem Ayan, Vecdi Sayar and Hülya Uçansu and to all the cinema people and the İKSV staff who contributed to the festival. And, of course, to the audiences who have been attending festival films and filling the halls like a ritual for many years.

We thought “The best way to celebrate is to watch a film,” and we dedicated the first free Friday evening after the bans were completely lifted to the Istanbul Film Festival. Due to the pandemic, festivals have opted for outdoor screenings in recent years. That is what the Antalya Film Festival did last year. The good thing about this compulsory arrangement is that it provides us with the opportunity to re-experience a leisure activity that belonged to the past: outdoor cinema.

In this first opportunity we joined crowds, remembered that cinema and all kinds of performing arts are beautiful when they happen collectively, when they are shared with people one doesn’t know. Though the pandemic risk still prevails and we sat there wearing masks on our faces for hours, we still realized how much we missed concerts, films and plays.
The Istanbul Film Festival was organized so that it would take three months this year. Most of the films were posted online, but they decided to show the highly anticipated national competition films on UNIQ Istanbul’s huge outdoor stage in July, which was a very good decision. Before the screening, a small crowd always gathers. The lobby of the movie theater has several dining venues which serve as a meeting place before the films start.

For filmmakers and cinephiles, the festival offers the kind of mingling with each other we used to enjoy in Beyoğlu. In fact, those who are in no hurry to go home after the movie have their last beers here. Of course, UNIQ in Ayazağa is not an easy place to get to. But the metro is very practical. Also, it is possible to get there by car after going through some evening traffic.

Friday night’s film was “Cemil Şov” (The Cemil Show). The theater capacity was reduced to 700 seats because of the pandemic measures but most of them were full. There were filmmakers, film crews and a young audience dedicatedly attending the festival to see the local films. One of the organizers thanked us for coming to the movies this first Friday night when the bans were lifted.

Written and directed by Barış Sarhan, Cemil Şov is an interesting film. I can say that it is the best tribute film to the Turkish film industry, Yeşilçam, I have seen since Cem Yılmaz’s “Pek Yakında (Coming Soon).” It was not one of those usually boring movies that are overly sentimental. Of course, there are sentimental segments in the Cemil Show as well, but they are reasonable. The reproduced scenes of old films and the actor playing them, Başar Alemdar, in particular, were extraordinary. But I don't know if I can say the same about the lead actor. Anyway, this film was shot with huge efforts and a large cast.

The following day, we decided to stay online, as we had done for the past two years. So we did “home cinema.” After all, we have gotten used to it and it’s cheaper. It only costs 12 Turkish Liras.

At home, I chose an interesting German film from Filmonline.iksv.org that competed in the Berlin Film Festival but somehow did not win an award: 'Fabian - Going to the Dogs.” It is an adaptation of Erich Kästner’s 1931 novel Fabian, published in Turkish in 2016 by Sel Publications. The film is set in Berlin, where the Nazis came to power in the early 1930s. The city, at that time, was famous for its bohemian lifestyle and entertainment venues, namely cabarets, dating clubs, drinking, dancing. It is also a city where unemployment, discrimination, corruption, violence, oppression and despair ran rife.

As Sebastian Haffner explained in his famous book “The Story of a German.” In the book, he described how a group of hopeful and ambitious young people who enjoyed life in the late 1920s were later blown away. The film does not highlight political developments like Haffner’s book. With newspaper reports, with SA’s wandering around, one notices Germany’s disaster and failure behind the destruction of those hopeful lives with increasing fear and tension in daily life. A talented young writer, his girlfriend studying law and his friends who are graduate students in literature all fall victim to unemployment, despair, political repression and discrimination.

Where the literature professor protests “this much indecency” and says “some things have to change,” one sees the stupidity of the intellectuals who tolerated the Nazis. When you are watching the rich lawyer crying near the body of his son, you feel it to your bones that one couldn’t escape the country’s troubles.

“Fabian” is really a good story of people who “go to the dogs.” The three-hour film is worth your patience. Once again, we are grateful to the Istanbul Film Festival, which provided us with this opportunity. You push the button of the remote and have access to art on your screen. You can then pick up your tense daily life in today’s Turkey from where you had left it. 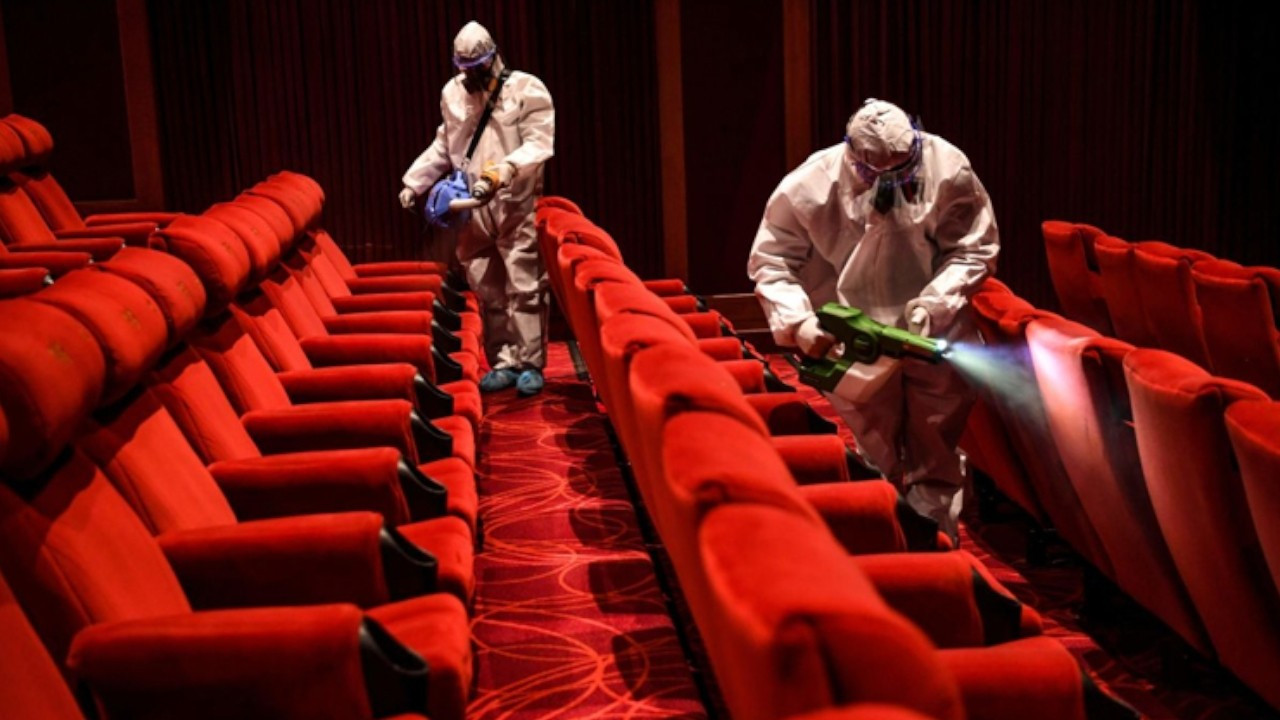