Nowadays, the Turkish authorities are resorting to all kinds of techniques, including sewage trucks, bacteria and injecting oxygen into the sea, to clean the “sea snot” or mucilage that is blighting almost all the shores of the Marmara Sea.

In order to understand the issue of mucilage, I began a series of podcasts for kisadalga.net, in which I interview former bureaucrats from Turkey’s Ministry of Environment, environmental engineers, marine life scientists, plankton ecologists and climate experts.

All the scientists and engineers I spoke to told me that while such methods to clean the “sea snot” might be helpful in small areas, they cannot be effective in dealing with the heavy mucus that is permeating the depths of the Marmara Sea.

In my last piece for Duvar English, I discussed several factors that scientists hold responsible for the sea snot plague. Though it has yet to sign the Paris Agreement, the AKP regime has blamed global warming for the sea snot – which is one of the factors -, but it avoids responsibility as to why the Sea of Marmara has been getting warmer than usual in the past few decades. Since the beginning of the 20th century, it has gained 2.5 additional degrees Celsius.

Still, interestingly, the regime – even President Erdoğan himself – accepted that sewage dumping and the lethal discharge of agricultural and industrial waste needed to be “controlled”.

In fact, scientists say it has to cease at once if we really want to save the Sea of Marmara, or the Black Sea will soon suffer a similar fate. Even the Aegean Sea is under threat, which could become an international issue.

Rules and regulations for waste management prevail, but they are not enforced. Marine biologists told me that there was very little waste treatment in Turkey. In Istanbul, 70 percent of waste is directly dumped into the sea, says Önder Algedik, a writer at Gazete Duvar.

Most of the region’s industrial complexes dump their waste into freshwater as well, even if they have the technical substructure not to. They usually send clean water specimen to the Ministry and are alerted when they are to be audited. This has been ongoing for years.

Hydrobiologist Levent Artüz says that the first and foremost step to undertake consists in stopping the basin waste in Ergene, which leads to the north of the Aegean Sea. Ergene is a river located in Tekirdağ, an industrial city located on the northern shores of the Marmara Sea. For more than 15 years, lethal waste has been dumped and independent media have reported waters being pitch black, all marine life being threatened and a growing concern for public health.

Last November, Ergene waste was pumped into the Marmara Sea with ceremony and pride, as if it were a solution. Scientists point to the timing: the first sea snot bulks formed right afterwards and exploded within 7 months.

Meanwhile, terms like “deep water drainage” which are used by the authorities simply mean “dumping waste into the sea”, mostly not even into deep water but onto the shores. And when the Turkish authorities talk of waste management, it usually means waste incineration, including burning plastic, which leads to heavy air pollution.

Waste from poultry farming, as well as stock farming located in the Marmara region are dumped into the water. Compost is not used, and while experts don’t encourage it, they maintain it’s definitely a more environmentally healthy approach.

Another trigger for sea snot overproduction - which the regime is not keen to talk about - is fossil fuel plants. Three out of 10 coal power plants accounted as the worst polluters in Turkey and are located in Çanakkale City, which has coasts from the Aegean Sea to the Dardanelles and the Marmara Sea. These plants not only pollute the air but pump hot water into the sea, and they are not supervised.

Prof. Mustafa Öztürk, an environmental engineer who worked for the Ministry of Environment and Urbanization between 2014-2018, says that all these triggers need to be eliminated immediately and that Turkey has the necessary know-how to do so.

When I asked Prof. Öztürk about the Emergency Action Plan, he said that a 3-year period for the Marmara Sea is too far-fetched. “The Marmara Sea and its basin, including freshwaters, need to be declared as a protection area immediately. The Marmara Sea can refresh itself within a long period of time. Right now as we speak, the Sea is still being polluted. One can fine those who don’t have biological and chemical refinement and if they continue, shut them down! The Sea of Marmara can’t bear this much burden. An immediate mobilization for waste water is necessary.”

Though the authorities are coordinating with municipalities and scientists, nobody seems to be willing to take quick and effective action. The Marmara Sea is dying. Soon, we might experience the rotting of sea life killed by sea snot. “People still ask if they can swim or eat fish. Really, is this your only concern? If the sea dies, everyone will suffer,” says marine biologist Dr. Mert Gökalp. 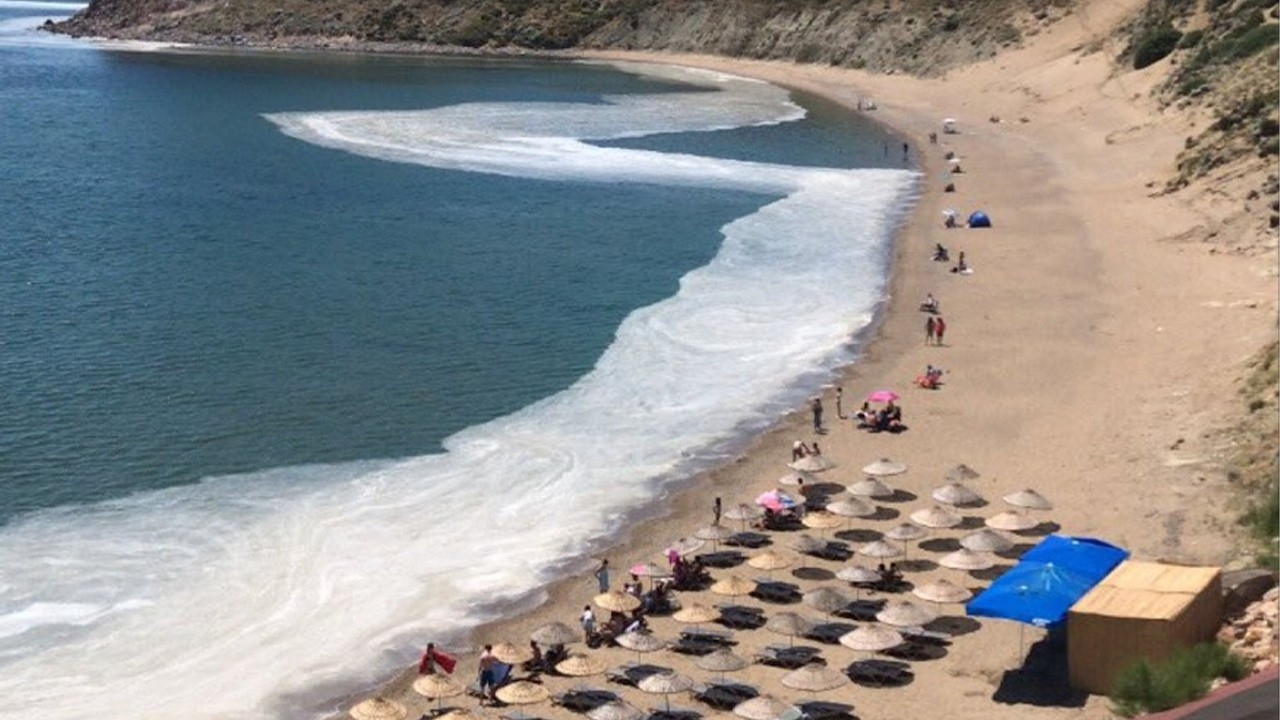