Following the passage of controversial legislation geared toward the decentralization of Turkey's bar associations, an initiative launched by lawyers close to the ruling Justice and Development Party (AKP) collected the 2,000 signatures required to establish its own association. 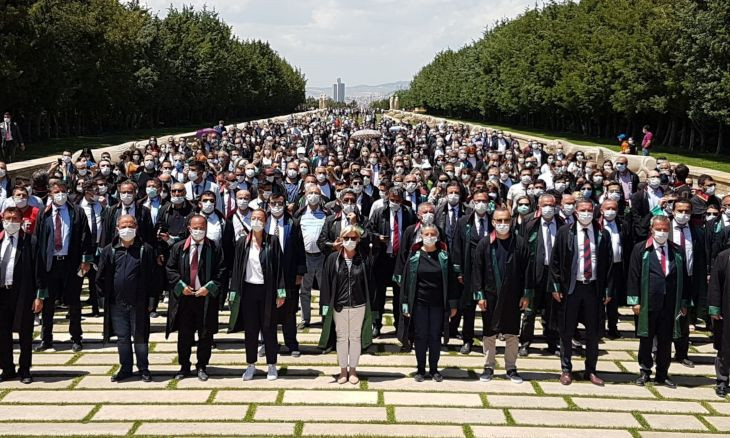 The legislation, which was passed by the Turkish parliament in July of this year, seeks to split the Turkish Bars Association (TBB) by permitting the establishment of alternative associations in Istanbul, Ankara, and İzmir, which hold nearly half of all lawyers in the country. It allows bar associations that have more than 5,000 members to split into other bar associations as long as they have at least 2,000 lawyers.

The founding member of the Istanbul No. 2 Bar Association, Cavit Tatlı has reportedly collected just over 2,000 signatures from August 17 until now. Tatlı said that they have been working arduously since July to establish the second bar association in Istanbul. “Since the beginning, there was a perception management that we could not found a new bar. They did not want us to do so; they wanted to prevent us from doing so. There have been those who tried to intimidate lawyers by saying 'You will be blacklisted,'” said Tatlı.

“We have shown patience and we stand by our word. We have overcome barriers and we stand here today. We are establishing our bar,” he said.

Tatlı also refuted reports that they have lost their chance to send a delegate to the TBB's general assembly in December. “We are founding the Istanbul 2nd Bar Association this week. We will hold our general assembly meeting this weekend and will send delegations to the TBB election,” he said.

Istanbul Bar Association chair Mehmet Durakoğlu said that the pro-government startup association would not be able to send a delegate to the TBB's general assembly and would have to wait another four years before attempting to set up an association again.

Meanwhile, Nationalist Movement Party (MHP) vice chairman Feti Yıldız has announced on social media that he will register himself under the newly formed bar association in Istanbul. He shared a copy of the petition which he will submit to the TBB in this regard.

“The necessary signatures have been completed for the foundation [of the new bar association]. It is time to take our profession to the peak that it deserves,” Yıldız wrote on Twitter.

The MHP is a junior coalition partner of the ruling AKP.