Turkish-Armenians have been on the receiving end of threats and hate speech during the ongoing clashes between Armenia and Azerbaijan, and pro-Kurdish Peoples' Democratic Party Garo Paylan has called for peace amid what he describes as an "ordinary climate of hatred" created by the ruling Justice and Development Party (AKP) in an interview with Duvar.

“Our country is home to citizens with many identities, faiths, and beliefs. However, the current administration unfortunately continues to pursue its nationalist, racist and religious-oriented policies,” Paylan said.

The Turkish government has stood firmly behind Azerbaijan in its current war with Armenia over the breakaway Nagorno-Karabakh region, and Armenians in Turkey have been targeted with hate speech and threats. At the end of last month, a convoy of vehicles brandishing Azerbaijani flags drove through the street where the Armenian Patriarchate is located in the Istanbul neighborhood of Kumkapı, which is also home to a large Armenian population.

Cars of flag-waving nationalists also passed through Halaskargazi Avenue in the Şişli district of Istanbul, the same street where Turkish-Armenian journalist Hrant Dink was assassinated in 2007.

“In these kinds of atmospheres when Turkey takes the side of Azerbaijan and when hate speech is used against Armenians, we feel the unease of a pigeon, as dear Hrant Dink put it. Unfortunately we are experiencing the deepest unease of a pigeon these days,” Paylan said, referencing an iconic excerpt from the last article Dink penned before his murder. 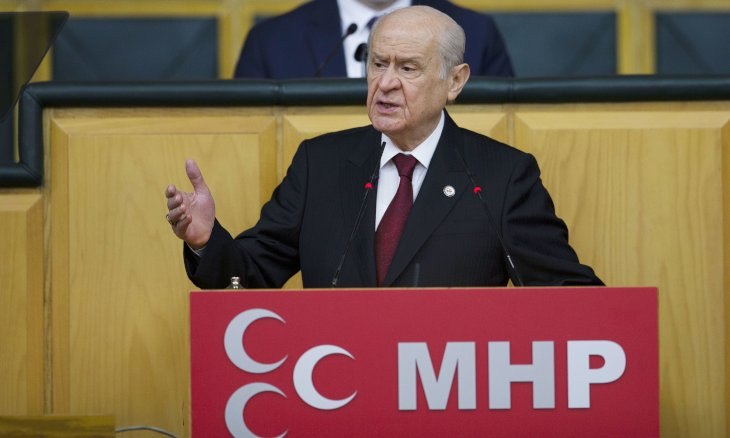 After Armenian forces attacked Azerbaijan's second city of Ganja, resulting in civilian casualties, the pro-gov't Hürriyet daily newspaper's editor-in-chief Ahmet Hakan called out Paylan directly by name in a column, despite the fact that Paylan had condemned the attack in Ganja. Paylan said that when he read the column, it reminded him of when Hakan had similarly targeted Kurdish human rights lawyer Tahir Elçi, who was killed in 2015, on a television news program.

“As a hitman, he targeted Tahir Elçi, and Tahir Elçi was killed after that [television] program. I don't think that Ahmet Hakan wrote that article with his own free will. Ahmet Hakan is a hitman. Specific forces within the state had Ahmet Hakan write the article,” Paylan said.

“However, if Ahmet Hakan is saying 'I am a journalist,' he should look at the issue objectively and inform the public. It should be shown that Armenian civilians in Karabakh and Azerbaijani civilians in Ganja have both suffered and lost their lives, so we can conclude that there will be no favorable results from this war--which has caused loss and destruction on both sides—and that the solution is on the peace table,” Paylan said.