Opposition deputies from the Republican People's Party (CHP), Peoples' Democratic Party (HDP) and İYİ (Good) Party on Oct. 27 demanded that the parliamentary discussions on the 2021 budget proposal be aired live on the official TV channel of the Grand National Assembly of Turkey (TBMM). The opposition's demand however was turned down.

Turkish parliament's planning and budget committee has this week started to discuss the the budget proposal for the year of 2021 which was submitted by the government last week.

HDP MP Garo Paylan addressed the committee on Oct. 27, asking the government officials why the discussions were not being aired live on TBMM TV. “There is a not single camera here. In democratic parliaments, the budget discussions are broadcast live, and the people see how the budgets are formed. Let's present this budget to the people's evaluation, because it concerns workers, civil servants, farmers and the youth,” Paylan was quoted as saying by ANKA news agency.

İYİ Party MP Erhan Usta has also criticized the ruling Justice and Development Party (AKP) for not allowing the budget discussions to be aired live on TBMM TV, saying these talks need to be conducted in a “transparent” manner. 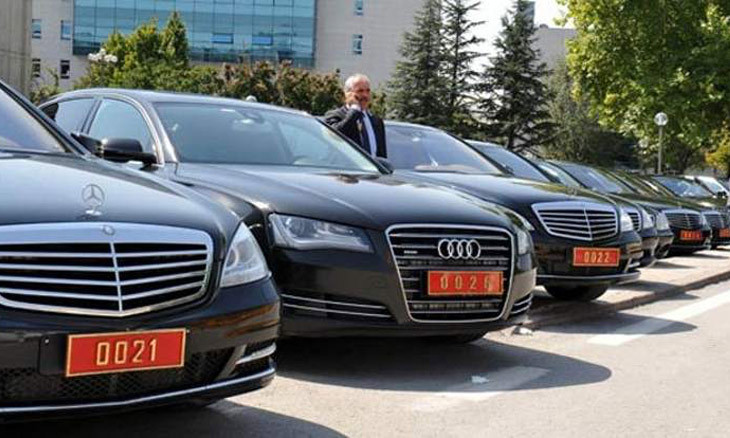 Ankara to purchase hundreds of vehicles in 2021 despite economic downfall

AKP MP Uğur Aydemir addressed the critisim saying that they were “holding a very technical work” at the commission and if the discussions were to be aired live, then the talks would turn into a “political show off.”

'Turkey has not experienced such a dark period before'

CHP MP Abdüllatif Şener refuted Aydemir's claim that before the AKP-governments, commission discussions were not aired live either. Şener said that when he was the finance minister between 1996-1997, the budget discussions were aired live on TBMM TV until 1 a.m.

“I was also a member of parliament until the beginning of 2000s. The press would show the opposition. A limited number of speeches of every deputy would be aired on TBMM TV, whereas now none of them are being aired...Turkey has not experienced such a dark period before,” he said.