Prominent journalist Murat Yetkin has penned an analysis on Treasury and Finance Minister Berat Albayrak's resignation announcement, looking into the process that led to the move.

While the resignation announcement of Albayrak, who is also President Recep Tayyip Erdoğan's son-in-law, came as a surprise, there was still no statement from the president or his Communications Directorate as of early Nov. 9.

"State broadcaster TRT and Hürriyet, Sabah and Yeni Şafak, the newspapers close to the government, did not cover it yet. But it is obvious that this is not like the resignation of Interior Minister Süleyman Soylu, who was brought back only to return to his post stronger. Whether Albayrak, Erdoğan’s son-in-law, is accepted or he is persuaded to stay in place, the damage is done," Yetkin said on news website Yetkin Report.

"The problem in the economy administration can no longer be hidden. It was seen that Albayrak’s step down did not create the impact of Soylu’s resignation move. When Soylu announced his resignation, within fifteen minutes his supporters began to hit the streets. The letter of resignation published in the name of Albayrak on social media received 600.000 'likes' within a few hours. His defenders were limited to a few officials in his entourage and a few journalists who can still write columns here and there thanks to him," Yetkin said. 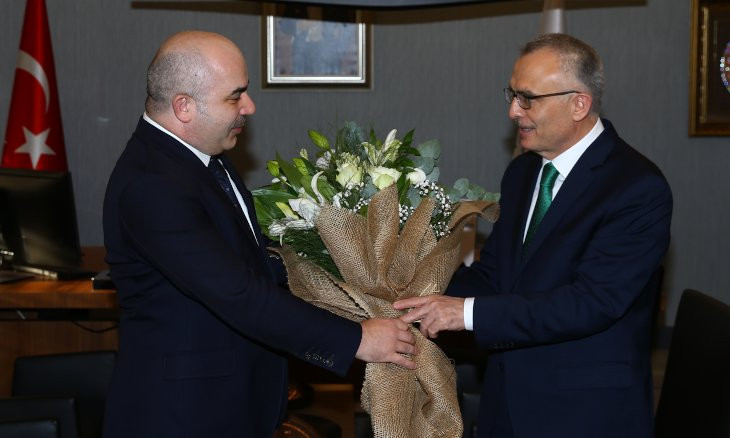 He also listed several developments that may have led to Albayrak's sudden move, including the fact that Joe Biden was the winner of the U.S. presidential elections.

"This means that the shield that Donald Trump has offered Turkey in key political issues such as the U.S. embargo against Ankara’s purchase of Russian S-400 missile systems or the case into Turkey’s state-run Halkbank over violating the sanctions on Iran will be removed after a while. It was written in the American media that Albayrak’s special liaison with Trump’s son-in-law [and his Middle East special representative] Jared Kushner was effective in providing such protection," Yetkin said.

The fact that Albayrak doesn't get along with Naci Ağbal, who was appointed Central Bank governor by Erdoğan on Nov. 7, is no secret, he said, adding that internal tensions within the ruling Justice and Development Party (AKP) became visible from the outside following the minister's remarks on the country's economic woes being "psychological."