Karahasanoğlu called Rakel Dink “impertinent” after she said that the state was a partner in crime in her husband's murder during the Jan. 19-dated commemoration ceremony.

“Hrant Dink..Hrant Dink..Thousands of our soldiers, police officers have been martyred. If you personally tell me to name 10 of them, I am not sure I will be able to complete the list..But we have also memorized Hrant Dink,” he wrote.

Dink was shot dead on Jan. 19, 2007 on Halaskargazi Street, in the Şişli district of Istanbul, where the headquarters of the Turkish-Armenian weekly newspaper Agos are located.

Fourteen years after Dink's assassination, the trial of several people accused of involvement in the murder, including government security officials, is still dragging on.

Standing at the spot where her husband was slain, Rakel Dink on Jan. 19 slammed Ankara's reluctance to prosecute public officials in the case.

“My husband's case is going on for 14 years. They could not solve a murder case in 14 years! They could not solve it because the aim is not to solve it. They are putting in an effort to close it, but it has spread everywhere, so they are unable to box it up,” she said. 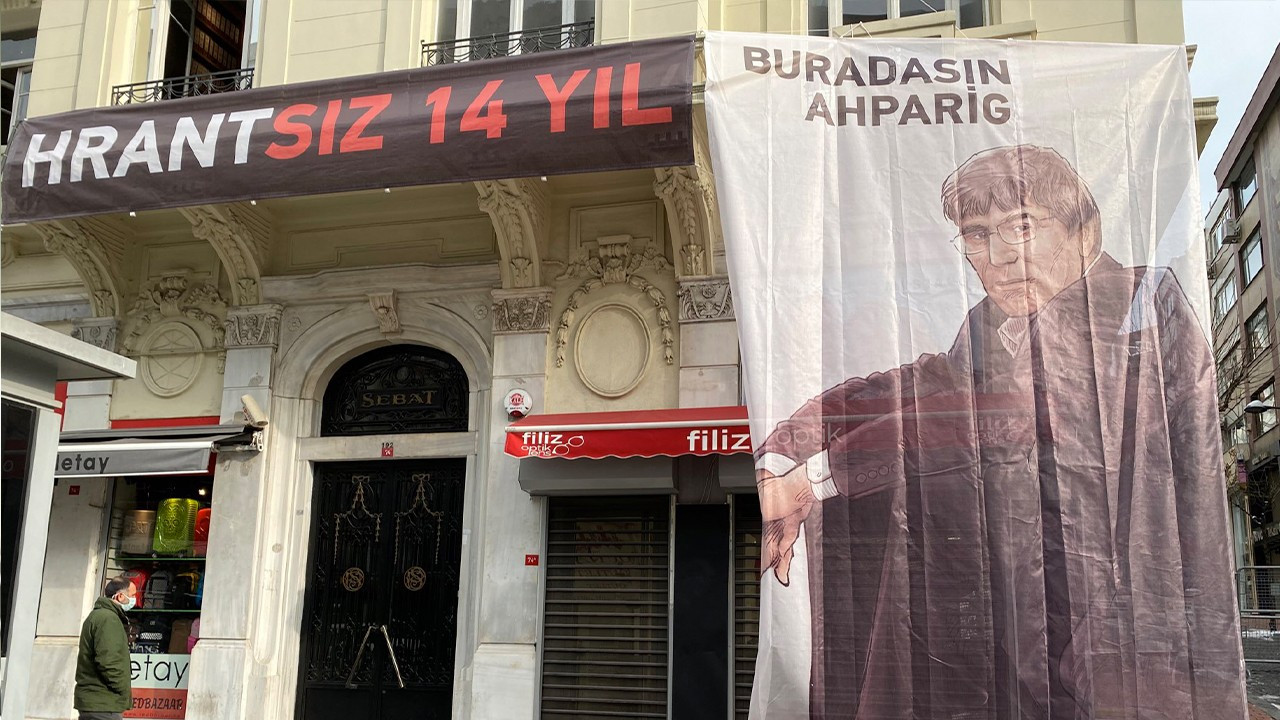