President Recep Tayyip Erdoğan has claimed that “terrorists” have been involved in protests that took place against the appointment of rector Melih Bulu to Istanbul's Boğaziçi University.

“Why should I talk with the students? Students are not involved in this thing. Terrorists are the ones that are involved in it. The CHP's Istanbul chair is also there. After all, she is a DHKP-C militant. Again, other people under the dominion of another political party were there [at protests],” Erdoğan told reporters on Jan. 8.

Pro-government media outlets have been targeting Kaftancıoğlu for the last week and framing her as a "supporter of terrorism" after she participated in the protests.

In similar remarks, Interior Minister Süleyman Soylu also targeted Canan Kaftancıoğlu on Jan. 8, claiming she has a "militant spirit." "This country has seen many such militant-spirited people, politicians who want to disturb the peace," he said during a meeting.

Kaftancıoğlu addressed Soylu's accusations on Twitter, saying CHP provincial heads "are interested in problems of all fractions of society, follow up on the problems and stand by the rightful struggle." "Please do not get jealous; if you work, then you will also have provincial chairs like ours," she wrote.

Apart from targeting Kaftancıoğlu, Erdoğan deemed Bulu as the "most suitable" person as the rector of Boğaziçi University among nine names he was given by the Council of Higher Education (YÖK).

“Mr. Melih has previously served as a rector in two other universities. Nine names were put forward to me by YÖK. As per the authorities the laws have granted me with, I deemed Mr. Melih as the person suitable,” Erdoğan said.

Bulu was appointed rector on Jan. 1 by Erdoğan and is a member of his ruling Justice and Development Party (AKP). He was rector of Istanbul's İstinye and Haliç universities before assuming his new post.

Bulu became the first rector appointment from outside Boğaziçi University since the military coup of Sep. 12, 1980, one of the bloodiest chapters in Turkish history.

Meanwhile, Boğaziçi University academics and students continued their protests for the fifth day in a row on Jan. 8.

A group of academics put on their robes and turned their backs on the rector's building at the campus. “We do not accept, we do not give up,” academics shouted twice, followed by the announcement of a declaration.

Academics said in the declaration that the cancellation of rectoral elections with a presidential decree in 2016 “is the continuation of anti-democratic implementations” of the government. Since the failed coup attempt of 2016, Erdoğan has been appointing rectors himself, in a move to control academia.

“For their autonomy, it is a must for the universities to take the decisions themselves, through councils elected with democratic methods and through academic executives,” the declaration read.

In the meantime, a group of students gathered at the campus and told the academics, “Boğaziçi is proud of you." The professors and students then applauded each other.

The students later carried through the protests by bringing a symbolic ballot box to the campus and using a symbolic vote to determine whether “democratic” rectoral elections should be held or not.

“Universities should be managed by students, laborers and academics. We do not accept trustee rector; we do not give up,” students said in their joint statement.

The joint statement released late on Jan. 7 said that the “anti-democratic implementation in rector appointments” needs to abolished, and universities should be allowed to choose their own rectors.

The bar associations have also slammed the police violence imposed on students for using their democratic rights of protest.

“We announce to the public that we stand by Boğaziçi University students and academics who are using their democratic rights to appeal as per the Constitution, against the implementations based on repressive mentality,” the statement said.

The bar associations also said that it is “concerning and unacceptable as per the national and international law” that some students were detained in the aftermath of the protests and were strip-searched at the police station.

Meanwhile, several university students from across Turkey on Jan. 8 held protests in support of Boğaziçi students.

The police in the capital Ankara attacked the protesting students who wanted to gather at the Güven Park in the central Kızılay neighborhood, and detained some of them. Similar protests were also held at the Aegean province of İzmir and Central Anatolian province of Kayseri. 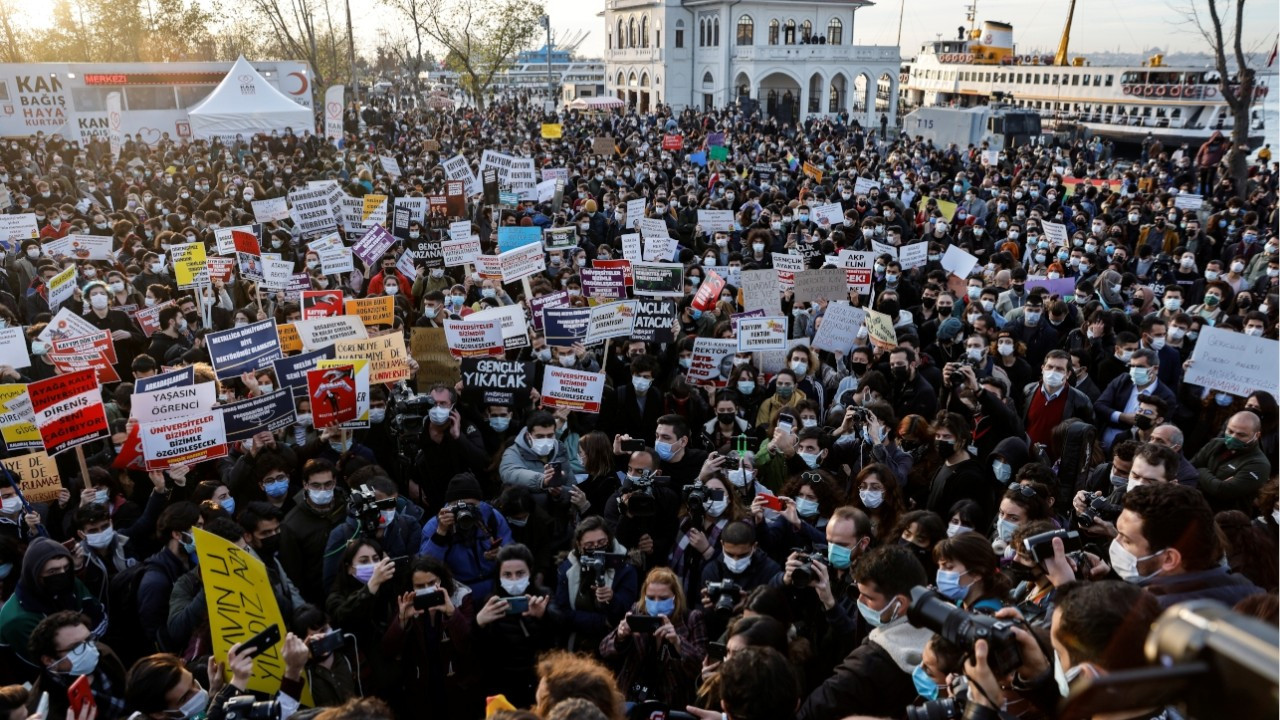 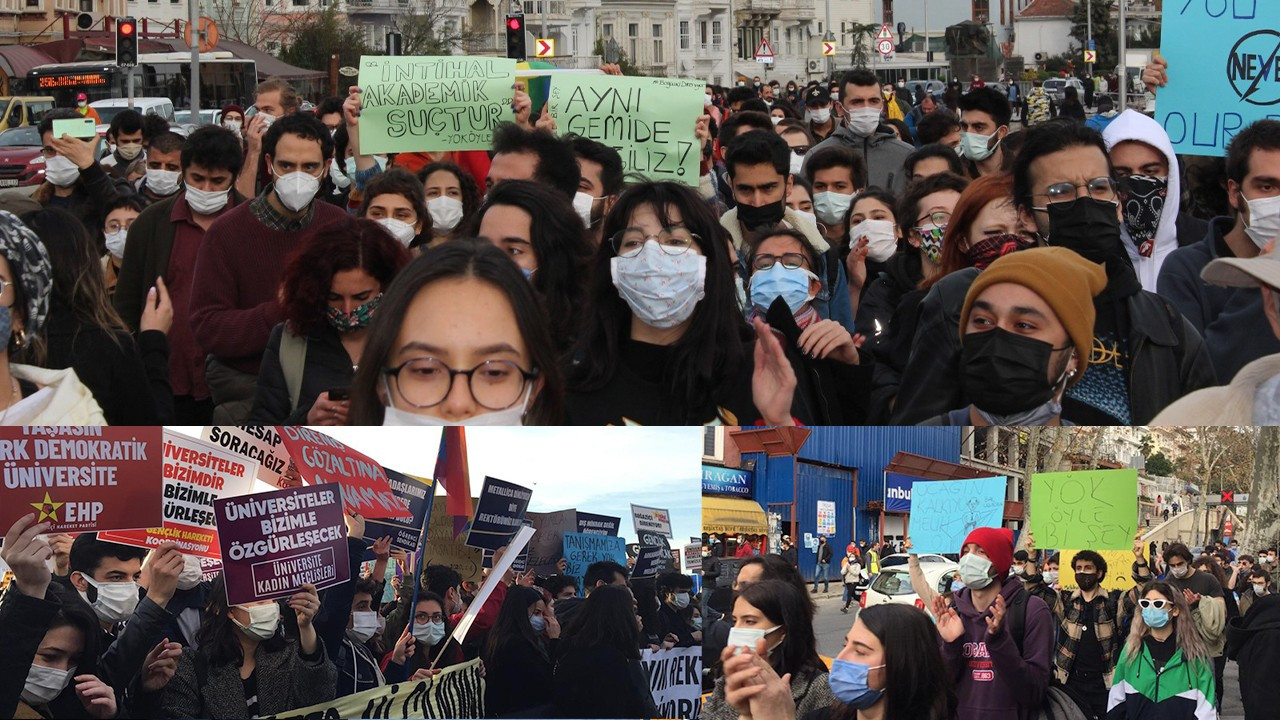