Armchair quarterbacking is priceless. By merely following the breaking news, diagonally consulting few intelligent articles (Sarah Chayes, Anatol Lieven, Aris Roussinos and the other quality like), checking few maps, taking into consideration few statements and stocking up on wikipedic history knowledge, one can dispense of her/his wisdom abundantly on Afghanistan. I busied myself more or less exactly doing those during these last days or weeks.

Actually, there is nothing original about this activity. In higher-up and much better informed places like the NATO headquarters in Brussels that is what I presume they would have been doing in their “lessons learned” exercises. Yet, to ask the question of “who” is learning which “lesson” and “where”, should also be pertinent in my opinion. The easy and swift take-over of Afghanistan by the rag-tag militia forces of the Taliban seems to draw the broader outlines of a new “axis of evil” (?) among Tehran-Kabul-Islamabad with Beijing as the main sponsor and perhaps Moscow as the star player sitting on the bench.

This is a first apparent outcome of the current debacle. And what a formidable debacle it is, as the blind-sided “allies” such as the British and the German readily confirm. There should be a reason why the ex-British Defence Secretary and the ex-NATO Secretary General Robertson as well as the probable future German Chancellor Laschet agree on that description. Then, beyond the traditional NATO and the latter day QUAD allies, the transactional partners of the likes of the KRG as well as the SDF for example too, would be drawing their own pessimistic conclusions about their own respective futures.

Then again, it may be helpful to try to read the minds of some others who, for one reason or the other, would be a tad more silently welcoming the news of the said debacle. What course would Imran Khan and Erdoğan already be charting by now? Again beyond being allies and partners, there appear to be a new species in international relations under the rubric of “client-blackmailer” more timidly known as “difficult partner”. On that issue, a more rhetorical -and amusing at that too- question to provoke thought could be to ask “what would (a) Nathan Muir do given the present circumstances”?

In the intelligence world everything is up for sale or for barter. Whereas in the diplomatic world a lie has a shelf life of 24h maximum. In the battle ground of foreign policies, if the diplomats are the armed forces, the spies are the special forces. One last pedestrian pearl of wisdom: If a politician thinks about the next elections, the states(wo)man thinks about the next generation. How politicians would keep winning elections to accede to the status of being states(wo)men being the eternal riddle. In other words, U.S. President Biden will either organize a “democracies summit” (apparently planned for December) or fight a curtain raising battle of a new cold war in Southeast Asia. Needless to add that, it is difficult if not impossible to, let alone claim that “America is back”, simply negotiate with your adversaries while packing up to leave.

Maybe Biden decided to break all the rules not in the way Nathan Muir would do in “Spy Game” (2001) but in the way Billy Beane revolutionizes the game in “Moneyball” (2011). Perhaps from now on and without any expectations, all the allies and partners in the US roster are tradeable. A time-tested trustworthy state ally may well be replaced by one or more transactional sub-state partners. The problem is, the US is not the global Oakland Athletics but the global Boston Red Sox. And at the end of the story, it was the Red Sox and not the Athletics who clenched the championship title. So there should be a difference between leading the two and there should be a soul-searching moment about deciding which would be the longed-for identity of the imagined US team.

Ergo, according to Francis Fukuyama: “The much bigger challenge to America’s global standing is domestic: American society is deeply polarised, and has found it difficult to find consensus on virtually anything.”  Ambassador Michel Duclos is of a different opinion: “At the same time we are far away from the existential crisis that America went through at the time of the Vietnam War.” Policy is one thing, its execution or alternately the bungling of it is another matter. Furthermore, for the international community, “America” does things around the world, whereas for the American people, it is the presidents by name (i.e. Carter, Reagan, Clinton, Bush, Obama etc.) who coins and implements policy.

In the new era then, in international relations, rule number one: There are no rules. Power and selected means of ways of applying that power will carry the day. Fair enough. It reads “Taliban” at the tombstone of NATO. Rules based liberal international order would wait till the end of the freshly starting new Cold War. Nature abhors a vacuum though. There seems to be a hint in Biden’s bringing the Afghan file to the G-7 but not to NATO council. Would a “Pacific-Atlantic” (“PATO”?) treaty organisation be in order to replace its’ dying of old age “North Atlantic” sister? In any case, the battle of ideas to win the hearts and minds will have to wait its turn for now - while China would be eagerly eyeing Taiwan.

There is a saying in Turkish: In a village where there are too many roosters, dawns break earlier than expected. Cryptic? Maybe not. In American English, the counter saying is: “When the chicken come home to roost…”

As of Nathan Muir, would he be re-activating his old connections with the now re-baptised “Northern Resistance” in Panshir, I am not so sure. He does not appear to be one to buy a ticket to Titanic. Nevertheless, Muir could have well been plotting behind the scenes to decouple Russia from China and in order to do so, a Taliban-IS civil war could well be in the making.

Henceforth ends your humble servant’s elucubrations of the day. 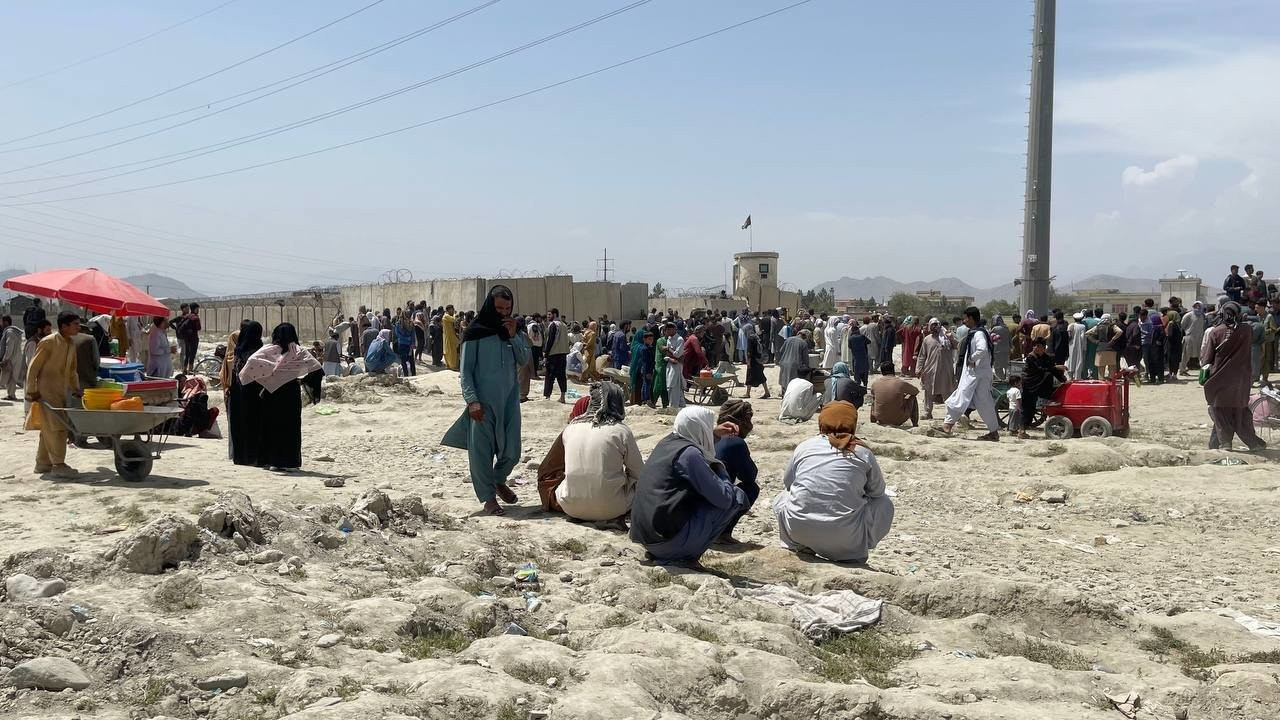