A collective of Turkish labor unions' Istanbul offices urged the government to allow for a May 1 gathering to be held in the metropolis, pointing to the fact that the president has been boasting about filling up halls "to the brim" in mass events despite COVID-19.

Speaking during an online meeting of the union representatives, Journalists’ Union of Turkey (TGS) Istanbul Chair Banu Tuna said that the government has failed to accommodate any of the country's workers' needs during the pandemic.

"The wheels kept turning almost at the cost of workers' and laborers' lives," Tuna said, citing the government's insufficient unemployment pensions and failure to enforce a lay-off ban during the pandemic.

May 1 is a symbol of workers' union and fight, Tuna noted, adding that they were calling on all confederations for a "unified, strong May 1 organization."

"Those who filled up congresses to the brim shouldn't try to bar May 1 celebrations. May 1 should be celebrated on the day," Tuna said.

"The political administration shouldn't try to defy the decision that our confederations will take."

May 1 celebrations in Istanbul are a sensitive area of civil demonstrations as a 1979 celebration on Taksim Square became the site of a mass shooting by anonymous assailants, and the central city square has been off-limits for all demonstrations since the Gezi protests. 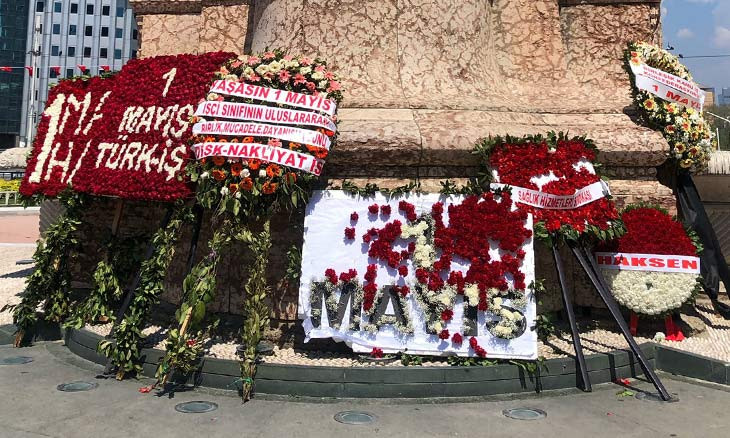 Istanbul's May Day under COVID-19 measures ends up with detentions, police confrontation, a destroyed wreathDomestic 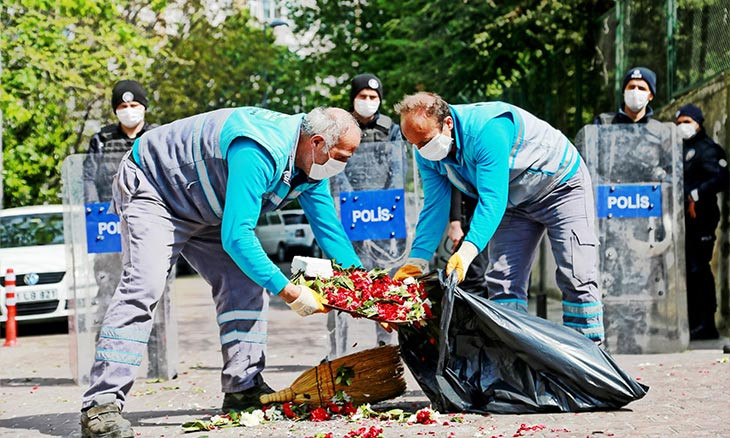