It was a full moon on Bozcaada, the ancient island of Tenedos where the Akhas allegedly hid their fleet so the Trojans would be lured into thinking the war was over and open their gates to take in the Trojan Horse. On that late August weekend of jazz, gastronomy and culture workshops, the residents of the island and the tourists sauntered jauntily, implying in word and deed that the worst part of the pandemic, which has kept most of the world indoors, might – just might – be over, at least until colder weather creeps in.

August and early September are busy times for the touristic island: girls with Panama hats and linen dresses over their willowy figures walk around snapping photos of the cobblestone pavements, cafes and bars offer local wines and creative cocktails using “koruk suyu,” the juice of unripe grapes; a handful of designer boutiques tempt you with clunky bracelets and lavender-scented candles.

Some of the tourists, however, were there for the Bozcaada Jazz Festival, a recent home-grown event that held its fifth edition between August 19-22 after the interlude of last year, when the festival went online.

“We aim to grow into something like the Avignon Theater Festival that transforms the southern French city into a theater stage,” explained Murat Sezgi, the co-founder of the festival. “This year, we were only able to use half a dozen locations but in the future, we will aim to ensure that our activities stretch to a larger part of the island.”

The festival is the work of a young team (“friends and family who became business partners,” as Çağıl Özdemir, one of the team members and Sezgi’s partner, explains) who launched the jazz festival when one of their own, Gizem Gezenoğlu, moved to the island half a dozen years ago.

“We wanted to have something new and, at the same time, something that would be deeply rooted on the island,” Gezenoğlu told me, explaining she called upon old classmates, who in turn got their professors, old bosses and members of their family to pool their resources together. The result, after five years, is a jazz festival of three nights of concerts, a series of workshops that range from art in times of pandemic to local production and gastronomic delights. The “discovery” programs included talks on the history of Troy with Rüstem Aslan, the passionate director of excavations of the Trojan ruins and the author of the book “From Tenedos to Bozcaada: the footsteps of the travelers,” a discovery of local wines by Levon Bağış, whose observations of the four local grapes leave a memorable after-taste of humor and wisdom; and a challenging cocktail making workshop sponsored by Apero, the unerringly hip sister publication of youngish news group Aposto.

The team has left Bozcaada to realize another festival in another historical location, a theater festival in Bergama/Pergamon, one of the sites on UNESCO Cultural Heritage List. “We are somewhat of a travelling circus in August,” quipped Serhan Ada, a member of the faculty of Art and Cultural Management Programs of İstanbul Bilgi University and an ex-member of Turkish National Commission of UNESCO’s Committee on Cultural Diversity.

Bergama and Bozcaada festivals are among the numerous events that combine arts with stunning venues across Turkey. Others include the ballet and opera festival in the Greco-Roman site of Aspendos, the art biennial in the multi-ethnic southeastern city Mardin and the Selçuk festival of camel-wrestling, a sport which is on UNESCO’s intangible heritage list. Add to these the festivals around gastronomic delights – the artichoke festival of Urla on the Aegean, the lavender festival in Isparta and the older, more established orange blossom festival in Adana.

At a time when “second city tourism” – meaning alternatives to crowded and expensive hot-spots – have become the buzzword, it may well be the high time for those festivals to be integrated into Turkey’s offer to the international tourists. Big cities have received a big blow in the pandemic, and as people around the world start planning their visits, new cultural initiatives in the old venues sound more attractive than ever.

“I place my faith on independent projects – not those that count on being supported through one or the other of the national and international funds,” says Ada. A good model would bring in together a wide spectrum of shareholders - from civil society to the locals - in design and execution, he adds. It should have local buy-in as well as an educational dimension.

If there is a good product at hand, support of the local or national authority comes in handy, particularly in promoting it. Wisely, the young Turkish Tourism Promotion and Development Agency (TGA) has financially supported the Bozcaada festival and a bright young team from the agency worked hard to ensure that the program for foreign guests – from the visit to the vineyards to award-winning Troy Museum - ran smoothly. Hopefully, such sponsorships will continue, with a non-partisan approach based on whether the event merits being supported, rather than who runs it or which party holds the municipality that hosts it. 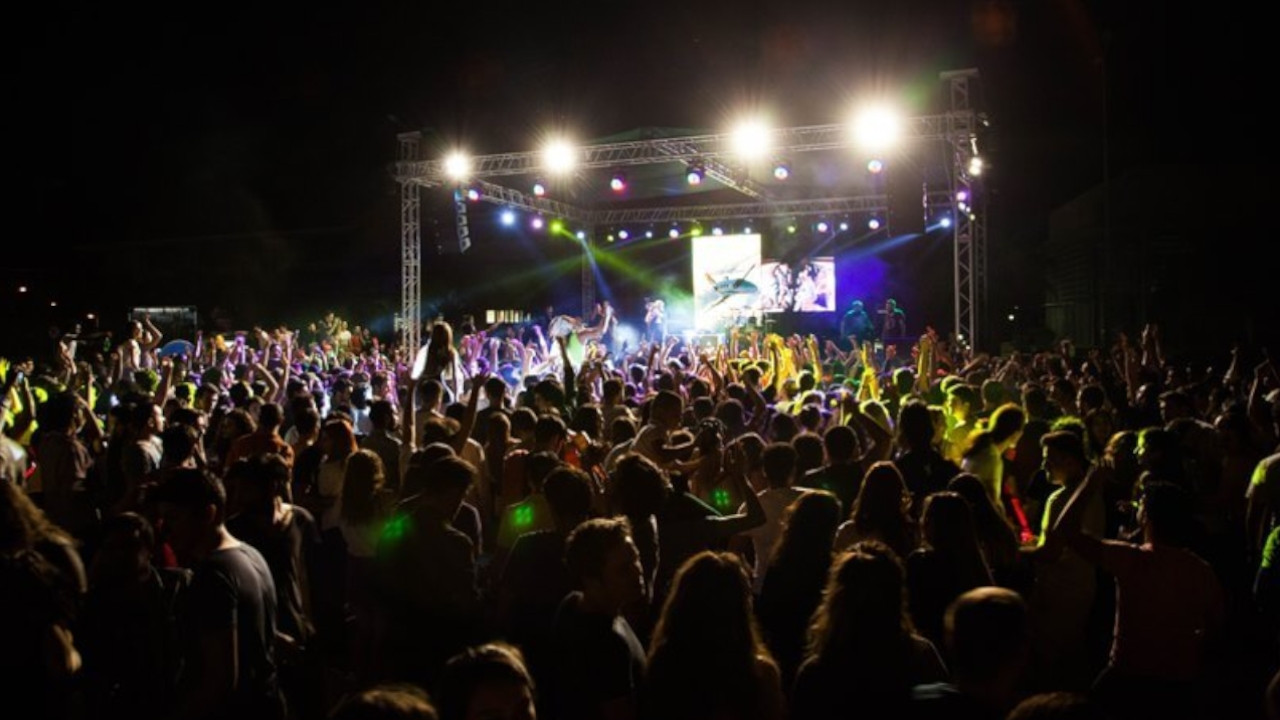